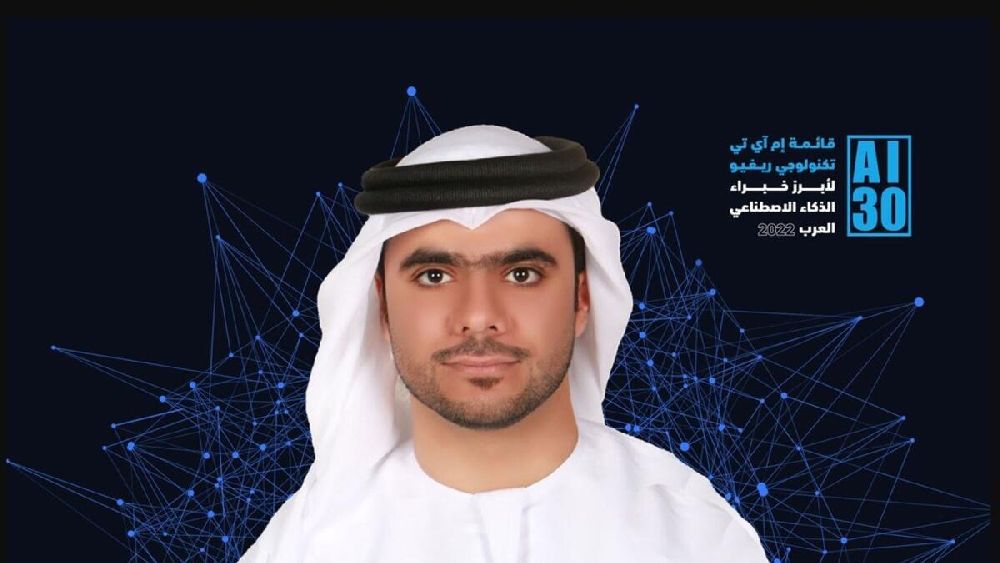 Brigadier Khalid Nasser Al Razooqi, director of the General Department of Artificial Intelligence at Dubai Police, congratulated Major Basaeed for being selected among the most prominent Arab artificial intelligence figures in 2022, a first of its kind list in the Arab region.

He further stressed that Dubai Police and under the directives of Lieutenant-General Abdullah Khalifa Al Marri, Commander-in-Chief of Dubai Police, pay great attention to the human cadre and are keen to support employees professionally and scientifically. He says they are the cornerstone for providing distinguished quality services that live up to the public’s aspirations and ensure their happiness.

Major Basaeed expressed his pride to be on the list of 30 leading Arab experts in AI and thanked the Commander-in-Chief of Dubai Police, and Brigadier Khalid Al Razooqi for their unlimited support for employees and for providing a stimulating environment for work, creativity and personal development.

He noted that the list credits winners for playing a key role in increasing the adoption of AI technologies, creating AI start-ups, or driving research in the field. Their contributions cover various disciplines, including natural language processing, robotics, artificial vision, machine learning, the internet of things, big data, chatbots, and more.