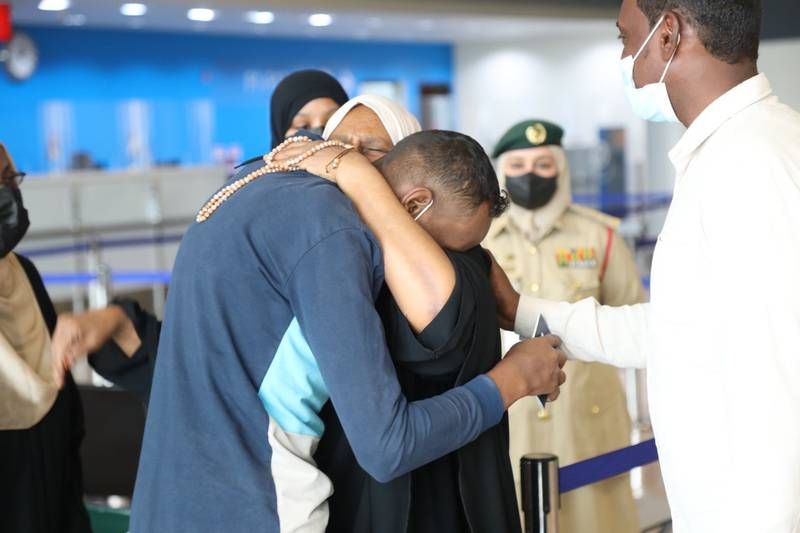 An Arab mother and her son were reunited at the airport with the help of Dubai Police. Photo: Dubai Police

Dubai Police have reunited a mother and son after 15 years.

The Arab woman came to know that her son, who lived in another country, was transiting through Dubai International Airport.

She took an old photo of her son and asked police officers to help her to meet him.

The man was on his way to India for medical treatment.

No details of his illness were revealed nor were the reasons that prevented him from seeing his mother.

“The mother contacted the force requesting to meet her son, who was flying to India to receive medical treatment,” said Brig Hamouda Al Ameri, acting director of the general department of airport security at Dubai Police.

“She confirmed she had not seen him for the last 15 years owing to unavoidable circumstances.”

He said the force was keen to respond to the mother’s call for help.

“We had the son’s old picture and searched for him in the transit area in Terminal 2. We found him and brought the mother to see her son,” Brig Al Ameri said.

The mother was very happy and thanked Dubai Police for their help.

“In the UAE, we are raised on the values of mercy and tolerance and these deeds have become an obligation,” Brig Al Ameri said.