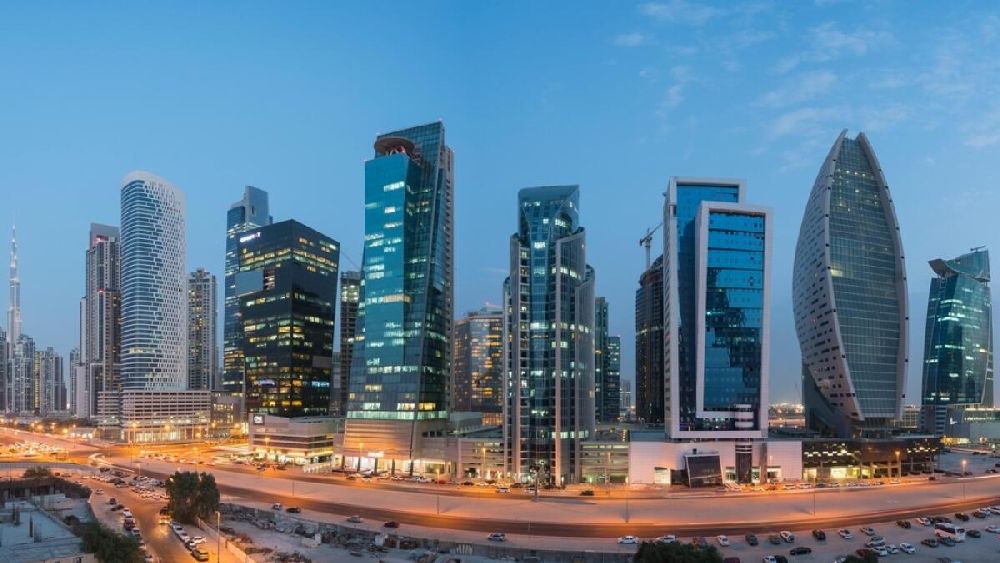 A combination of high oil prices, the UAE government’s forward-looking policies, spillover of mega projects in the wider GCC region, are all factors that will ensure that Dubai’s real estate market will continue to attract investors from around the world, Mohamad Kaswani, managing director of Mortgage Finder, told Khaleej Times on Monday.

“Dubai remains one of the few bright spots for property investors as uncertainty surrounding the wider global economy. Historically, we have seen that high oil prices are also boosting sentiment. In addition, the city’s continuous investments in an innovative ecosystem are continuing to create more jobs and attract more people to the city,” Kaswani said on the sidelines of Cityscape Global, the annual real estate exhibition that started in Dubai on Monday.

In the third quarter of 2022, Dubai’s real estate market witnessed the highest performance for a quarter in 12 years. Registered sales reached 25,456 transactions compared to 15,744 transactions in Q3 2021, a sharp increase of 61.69 per cent year on year, latest data showed on Monday.

Each month in Q3 recorded the highest transaction over ten years, according to Property Finder Market Watch, the latest quarterly report from Property Finder. 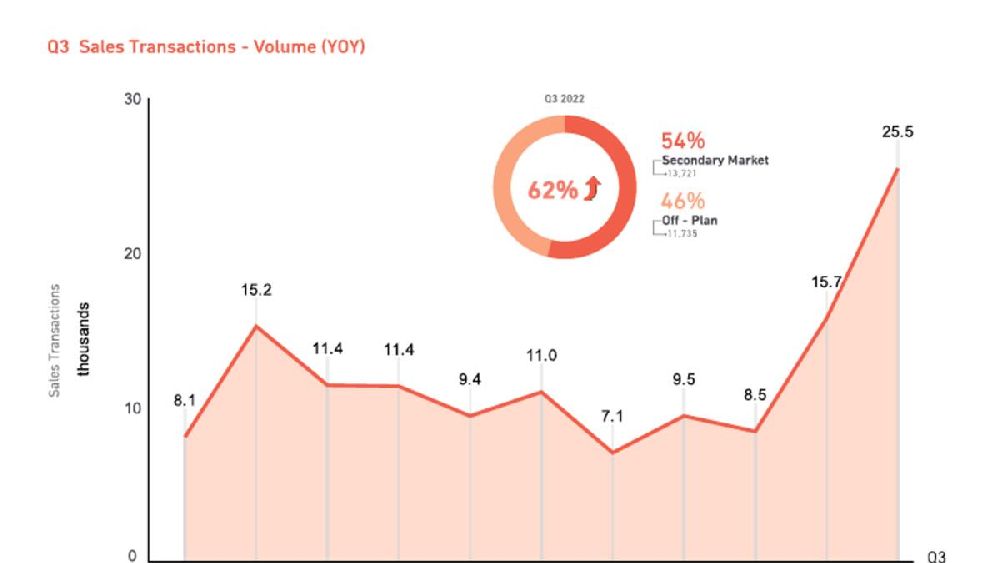 “Due to the outstanding performance of Q3 2022, the real estate sector achieved unique feet by crossing the market peak in 2013. Year to date the market crossed the market peak by 13 per cent increase and the year still has room to increase more in Q4 to record the highest annual performance over a decade,” the report said.

The new visa policies such as expansion of the golden visa programme, along the Green Visas and Freelance Visas have also boosted off-plan property sales, which posted 11,735 sales transactions in Q3. “The market saw a 74 per cent year-on-year increase and a 30 per cent increase compared to Q2 2022, which is considered the best performance of the off-plan market over a decade,” the report said. 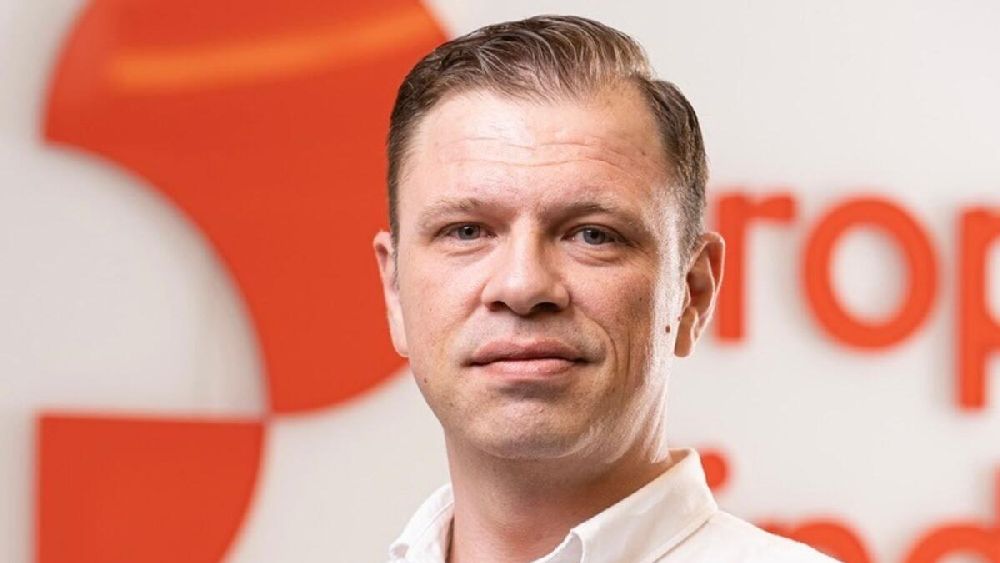 The existing market reached 13,721 transactions in Q3 2022 and witnessed a year-on-year increase of 52 per cent to record the second-highest performance for a quarter in the secondary market in the last ten years.

While apartment values have increased by almost 9 per cent, villa prices have recorded almost 18 per cent growth during the quarter, the report said.

Q3 recorded the highest value of the market ever reached for a quarter over the last decade. The registered sales value reached around Dh70 billion, compared to Dh42 billion in Q3 2021, an increase of 66 per cent year on year and 18 per cent quarter on quarter.

“You do have a lot of real organic demand for housing in the city driven by increase in population. There is lot more end-user driven demand,” Kaswani said. 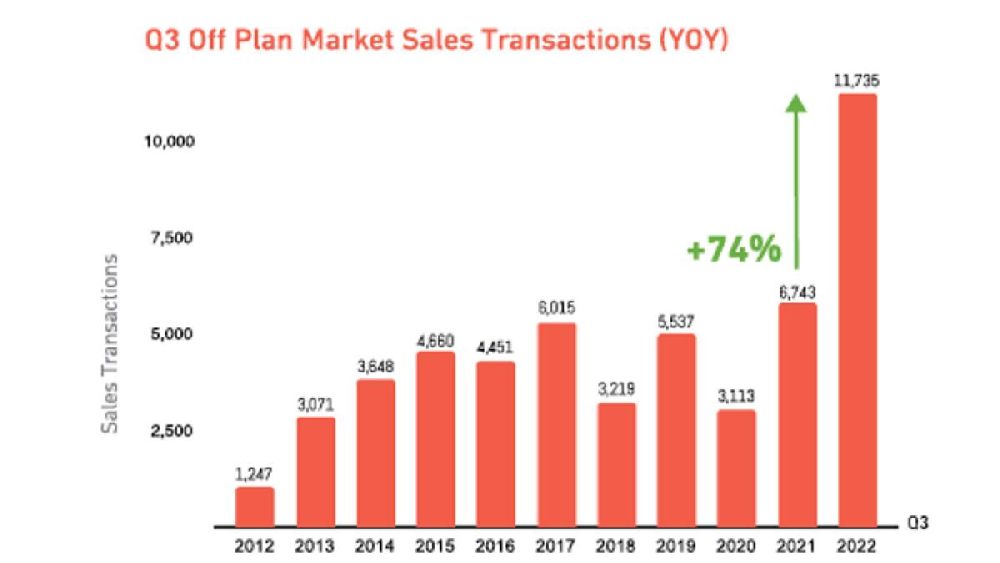 The off-plan properties’ sales value witnessed an increase of 85 per cent year-on-year and 32 per cent quarter-on-quarter to reach Dh24.46 billion compared to Dh13.25 billion in Q3 2021, reaching a new high value for a quarter during the last decade. The current peak was not just for the off-plan market; the secondary market sales value increased by 57 per cent compared to Q3 2021 and 11.5 per cent compared to Q2 2022, reaching the highest value of a secondary market in a quarter over ten years.

In the rental market, the momentum of past year showed little sign of slowing, as the market witnessed a 13 per cent average increase compared to Q2 2022 in terms of the number of contracts. The average market value increased by 20 per cent, supported by the renew contracts which witnessed around 16 per cent increase on a quarterly basis. 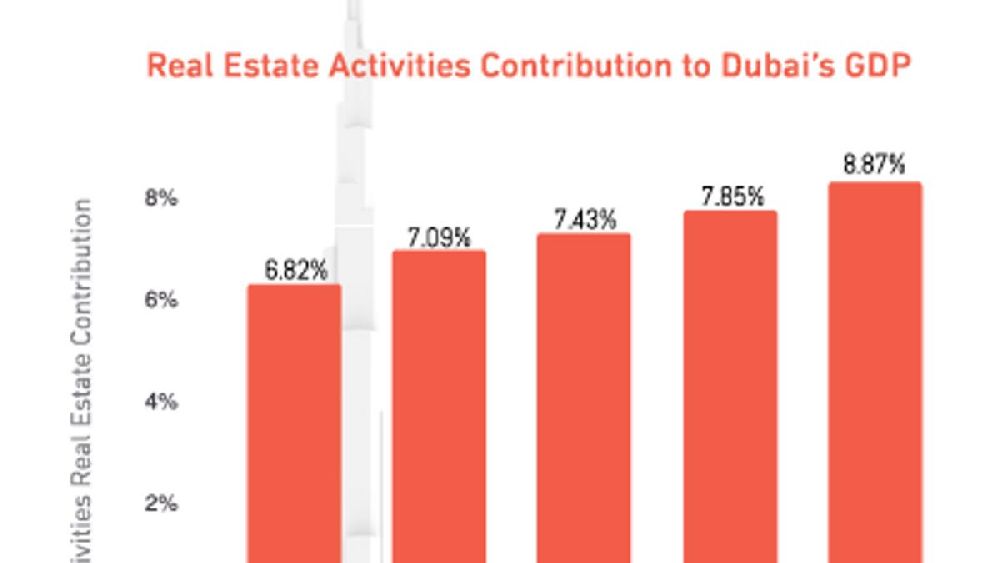 The average rents for apartments rose by around 7 per cent from the second quarter. In contrast, villa rents increased by 11 per cent during the period. It expects rental rates to “remain elevated” for the rest of the year, but growth is predicted to slow amid an oversupply of units.

The prices of properties increased dramatically to more expensive due to the increase in the expatriate population and the construction costs, in addition to the interest rate, which increased by around 3 per cent during 2022 and is expected to increase in the future. “All of these give a trigger indicating a potential shift in preference of Dubai residents from the rental market to buying their own homes,” the report said.

Purchase affordability is an issue that is increasingly coming into focus, Kaswani said. “With the UAE dirham being pegged to the dollar, the currency value is now much higher. In addition to this, prices are on the rise. So the two together are putting a lot of pressure on housing affordability. You see this affecting both the rental market as well as the ownership market,” Kaswani said.

The ideal solution is to let the market take its course. “Clearly there is enough appetite for people to continue to come in and live in the city,” he added.