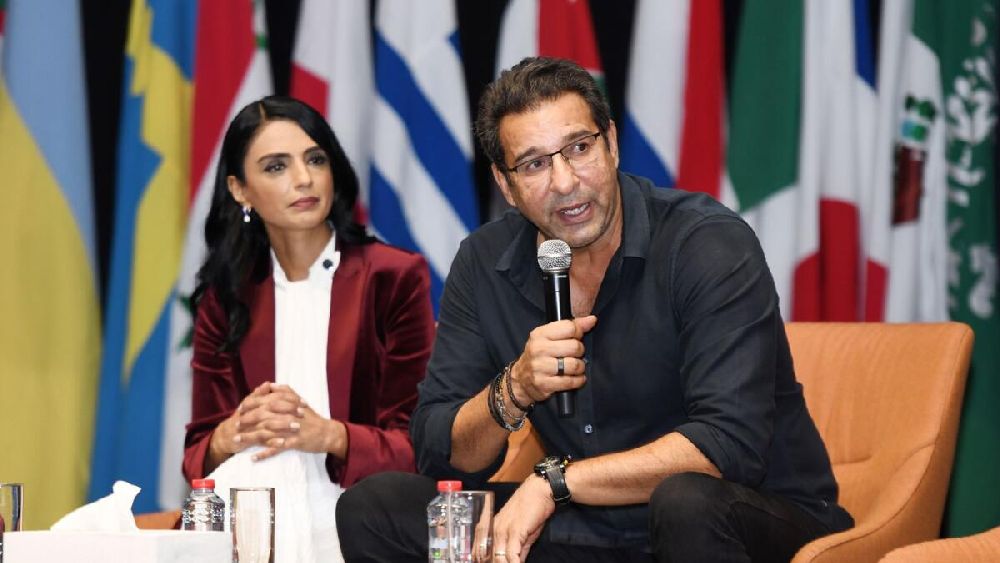 GEMS World Academy – Dubai played host to DSL over the weekend holding a special event on campus to mark the start of the League’s 10th season, ‘Footprints DSL X’.

Wasim, who is one of the greatest left-handed fast bowlers to grace the sport, having taken over 500 wickets in ODIs addressed the students during an inspiring speech.

“The UAE has become a cricket destination, not just for us Pakistanis, Indians, Bangladeshis and Sri Lankans, but also for England, South Africa, all the county teams – they’ve all come to this country,” said Wasim.

“I’ve been coming here since 1985 and look at Dubai now and where it is today. And the same goes for cricket: the Sharjah stadium has transformed, and of course there’s Dubai, Abu Dhabi, the Sevens, ICC… The UAE is truly a cricket hub.”

Wasim added, “Thank you very much for inviting me here, to GEMS World Academy. I believe sports are one of your fortes, and sport is very important, especially team sports, with the triumphs and losses, enabling kids to understand how to come back if they don’t do well, how to support their teammates. So, team sports are very, very important for youngsters. I wish DSL all the best. Have fun, play cricket, think cricket, and win those matches!”

Wasim was also the man of the match when Pakistan won the 1992 Cricket World Cup, beating England in the final.

Dr Rana said, “We pride ourselves on educating everyone to the very highest standards and in so doing I never forget the lessons I learnt from watching cricket with my father. We educate our students so they can live happy, good lives. And when everything is considered, a good life is one where the highest standards and best values are embodied in everything a person does. And those are the very same standards that rule the best traditions of cricket – sincerity, respect, politeness, skill, fair play, competitiveness and winning and losing with honour and dignity.”