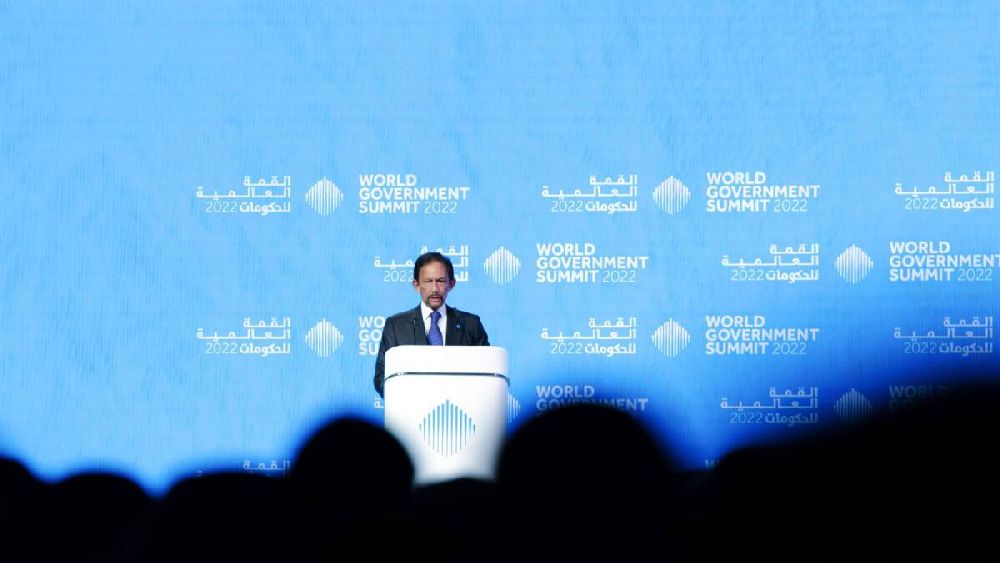 He said that the world needed to be better prepared for “multi-dimensional challenges”. Sultan’s address at the Summit was attended by His Highness Sheikh Mohammed bin Rashid Al Maktoum, Vice-President and Prime Minister of the UAE and Ruler of Dubai.

Referencing the pandemic, Sultan Haji Hassanal said it was fortunate that the rapid advance of digital technology had enabled governments, businesses and learning institutions to keep functioning during Covid-19, but warned that new challenges were emerging, threatening human security. Growing inequity could not be ignored, wider threats like climate change loom large, and hard-won peace was under threat, he said.

In this context, Sultan Haji Hassanal said: “In the words of the late Sheikh Zayed bin Sultan Al Nahyan, history is a continuous chain of events, the present is just an extension of the past. I believe it is important to maintain our common resolve for a peaceful and prosperous world, especially that lately we have been reminded how we must never take for granted the peace we have worked to achieve for decades.”

The Sultan praised the UAE’s efforts and achievements in many fields, including youth and women empowerment, renewable energy, food security, among other. Saying that the UAE has achieved an impressive economic progress, reflecting the vision of its wise leadership. He also called for closer integration with the Association of Southeast Asian Nations (ASEAN) going forward.

He added: “Peace and stability are two important elements to ensure the future and prosperity of nations.”

The Brunei Ruler argued there were ways to achieve this – youth and women need to be involved earlier to contribute to better policy-making; countries needed to embrace and maximise 4IR technologies across all aspects of governance – economies, infrastructure and education, and across the private and public sector; and governments needed to work together, particularly on regional cooperation.

One of the areas the Sultan suggested governments needed to work more closely together was on climate change. Brunei will host the ASEAN Centre for Climate Change and the Sultan stressed the criticality of the UAE’s stewardship of COP28 next year, saying he had confidence the summit would tackle this urgent threat head-on.