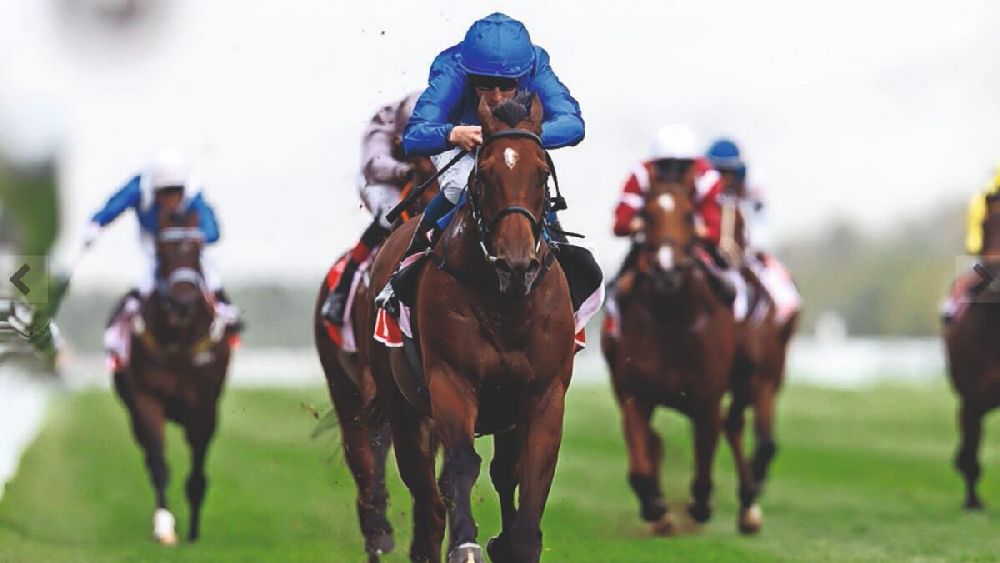 Of all the nine races in this rich Dubai World Cup card, this is undoubtedly the one that can be termed as ‘blink and you miss.’ Think the high-speed world of motorsport, or to give an identical marker — athletics where you have the 100-metre dash. The Al Quoz Sprint, for all intents and purposes, is the fastest race on Super Saturday gala. It is one race where you can almost feel the excitement, the energy and the intrigue on how it will pan out when the runners are off the starting gates, so much so that one can be left with goosebumps. It is that race where the contender will be crowned the ‘Usain Bolt of horse racing.’

And Godolphin have a quartet of sprinters in what is again a full house of 16 runners for the six-furlong affair on the pristine green turf of the Meydan Racecourse. The accomplished British handler, Charlie Appleby, will keenly be watching how the four fares.

Certainly, there would be an extra pair of binoculars on Man Of Promise. Appleby has been on the lookout for Blue Point’s heir apparent and Man Of Promise has shown promise to fill into those big boots, or should we say, horseshoes.

Blue Point, from the illustrious bloodline of Shamardal, not just showed that he is one of the fastest horses in Dubai but also Europe. Besides, winning plenty of races and defending the King’s Stand Stakes at Royal Ascot in 2018 and 2019, Blue Point emerged triumphant in the Diamond Jubilee Stakes, also at Royal Ascot, before galloping into the twilight to enjoy a well-deserved stud career at Darley’s Kildangan Stud in Ireland.

So, that is how big a shoe Man Of Promise must fill. The five-year-old son of Into Mischief, Man Of Promise, had finished eighth in the same race last year, won by Extravagant Kid. But he is not the same from last season, and if anything, he has only improved for the better.

And Appleby has so far liked what he has seen with Man Of Promise landing the Group 3 Nad Al Sheba Turf Sprint on Super Saturday on March 5. In fact, so lightning fast he was that he left the rest of the field in his wake, jockey William Buick took the foot off the gas.

Before heading for a big-race campaign in the UK this summer, an Al Quoz Sprint crown would look great on the head of Man Of Promise.

“He is a year older and I’m a big believer that these sprinters take their time to mature,” said Appleby.

“He has a sprinter’s back on him now, for a little horse because he is not the most robust horse in the world, but he has done very well of late,” he added.

Appleby was gushing from ear to ear after watching Man Of Promise’s performance under the glistening lights of Meydan on the big night.

“That was one of those comfortable races to watch,” said Appleby.

“I’ve never seen him look so well. It was a good performance and Buick said that if he can produce the same in three weeks’ time, we could be dealing with a potential Al Quoz Sprint winner,” he added.

Appleby could go clear of Mike De Kock and become the only trainer to win the Al Quoz Sprint thrice after back-to-back triumphs with Jungle Cat (2018) and Blue Point (2019).

Buick, too, was effusive in his praise of Man Of Promise.

“That really was impressive and, however good Man Of Promise looked, he felt every bit as good. He has proved that he is the real deal and, with a performance like that, he must be taken seriously in the Al Quoz Sprint.”

Godolphin’s other runners Creative Force will be the mount of James Doyle; Mutafawwig, the ride of Patrick Cosgrave and Naval Crown being the mount of the charismatic Frankie Dettori.