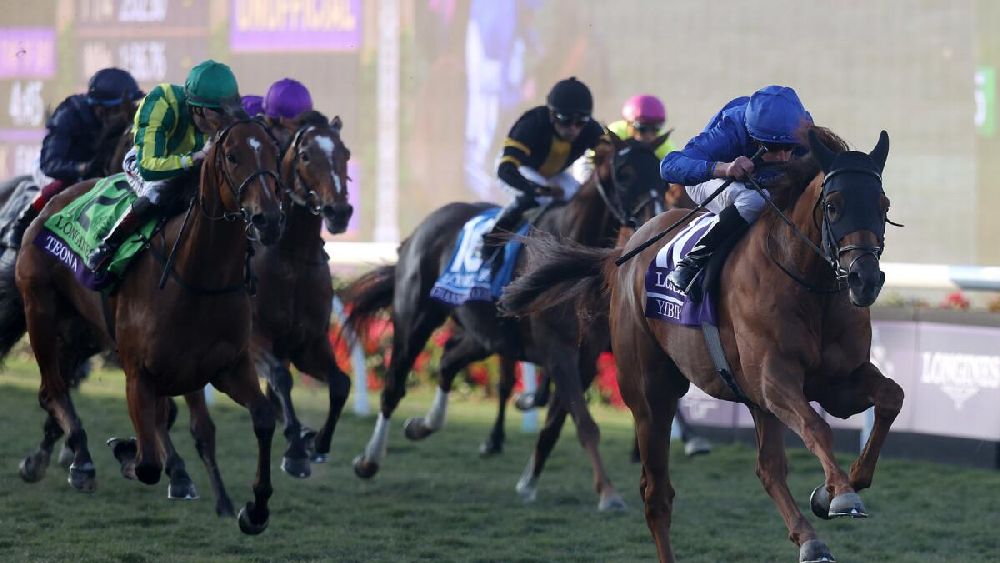 The Dubai Sheema Classic, the support act for the $12 (Dh44.08) million Dubai World Cup, will have a new champion after reigning champion Mishriff’s connections opted against making the short trip from the Kingdom of Saudi Arabia to Dubai.

After Mishriff was unable to defend his $20 (Dh73.46) million Saudi Cup title in Riyadh in February, trainer John Gosden confirmed that he will not defend the Dubai Sheema Classic and instead be saved for a big-race campaign in the UK.

Mishriff will be wrapped in cotton wool and be prepped for the Group 1 Coral Eclipse Stakes at Sandown in July.

Mishriff will truly be missed. Nonetheless the Dubai Sheema Classic almost has a full house of 15 runners, which oozes class.

The field has a good mix of runners headlined by Godolphin’s Yibir. Another one of the famous Dubawi’s sons, Yibir comes into this 12-furlong affair on turf on the back of a scintillating victory in the G1 Breeders’ Cup Turf, winning ahead of Broome, at Del Mar, USA, last November.

And while he is the odds-on favourite to land the Classic, British handler Charlie Appleby cautioned that the four-year-old could be more than a handful.

“The biggest danger to Yibir is himself,” said Appleby. “He could pull like a train and do everything the wrong way round, or he could do what he did in America, when he pulled but they went a good gallop and he still won. It’s credit to the horse and to William (Buick) that they won the race,” he added. Yibir will face a challenge from Shadwell’s Hukum, saddled by Owen Burrows.

The five-year-old son of Sea The Stars, Hukum won the G2 City of Gold on Super Saturday, ahead of Without A Fight, and Angus Gold, the racing manager of Shadwell.

Gold reckoned that he would come up with a big race.

“I don’t want to jeopardise anything, but I think he’s doing as well as we could want him to be at the moment,” Gold said, after watching him do his morning trackwork on Thursday.

“I saw him do an exercise on the training track this morning and he looks very bright and well and happy in himself. He moved very well, and his jockey Jim Crowley was very happy with him, so it’s so far so good,” he added.

Gold said it will be a big night for Hukum and he deserves a run in the Classic.

“It’s a hell of a race on Saturday and it’s obviously very much his stiffest test yet. He’s done nothing wrong for us though and deserves to have a crack at it. He’s been very consistent at a lesser level than this and now he’s got to step up a level and take on the big boys,” he said.

“Through no fault of his own we’ve kept Hukum at a slightly lower grade in Europe, but he’s more mature now and he deserves his chance,” Gold added.

Japanese duo Chrono Genesis and Loves Only You had finished second and third, respectively, in last year’s race and the country had an army of five-runners headed by Shahryar, saddled by Hideaki Fujiwara.

Shahryar is a Group 1 Japanese Derby winner and finished third in the Japan Cup in Tokyo in November.

The land of the rising sun also has Authority, a winner of the Group 3 Neom Turf Cup in the KSA in February.

“In Riyadh, the horse took control at the beginning, and it was a great ride by Christophe (Lemaire),” said Authority’s trainer Tetsuya Kimura.

“This is tough compared to the Kingdom of Saudi Arabia, but I am honoured to compete against so many trainers that I admire,” he added.