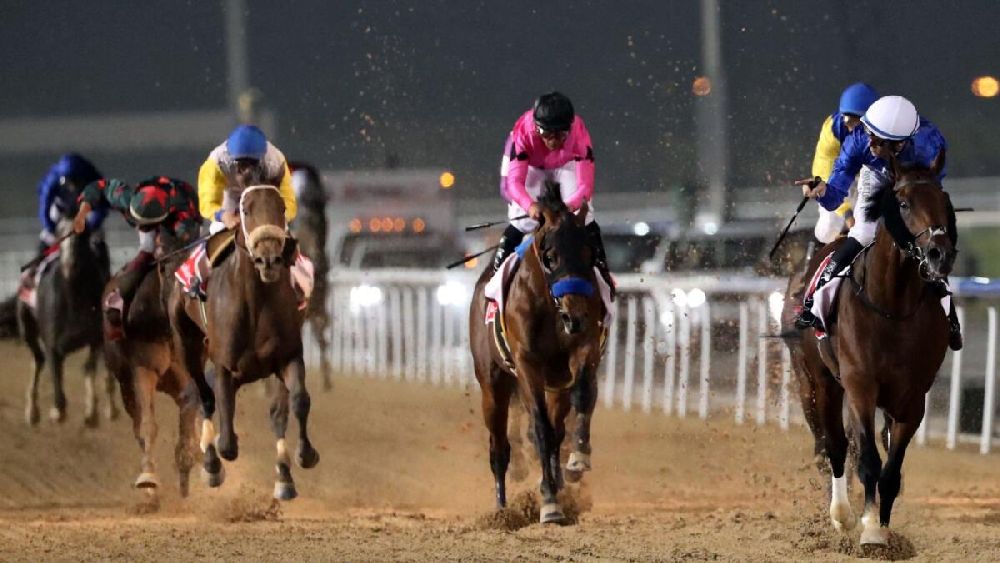 Starting stalls or gates are the equivalent of the starting blocks in athletics and the grid in Formula 1 racing. They provide the system by which all the competitors are assured an even, level and fair start. In theory, that should be true but horses being horses, a flight animal, the theory does not always work out as one would like.

A runner knows he has to keep his feet motionless on the blocks or the sensors will signal a pre-emptive movement resulting in immediate disqualification.

Formula 1 drivers have to earn their position on the grid during the course of several practice days leading up to the race.

In horse racing, the spot (number) in the gate is decided by way of a ‘draw’, as with a lottery ticket!

So there you have it, all the hard work, sweat and tears in the build-up to any race can be dismissed, with just the roll of a dice!

Each year millions of pounds, dollars and yen are invested in the thoroughbred bloodstock industry.

But the success or the failure of that investment is influenced by a method similar to a child’s monopoly game.

Horses, like humans, have different preferences in their lives. Some like company and others prefer to keep their distance, a little aloof maybe. One may be a bully and the other can easily be intimidated by even the quietest of horses, never mind the bullies.

As with humans, there are leaders, there are followers and there are those who just like to be with the crowd.

So you can begin to visualise how a starting gate position can have a huge influence on an individual’s performance in any given race. A suitable gate number on one day that results in a win can be flipped on its head in the next race by a different gate position.

And we just blame the poor jockey or the trainer, but there are so many variables that can affect the outcome of a horse race.

Every horse has its own style of running, be it out in front on the lead, bossing the others, confident in its ability to last the distance. Or, maybe, it is just going too fast for some reason, scared of the rest of the field or simply likes the feeling of going fast even though it might be the wrong way to behave in that particular race.

There could be others out in the back of the field, preferring to relax and conserve energy. For, when the rest tire, they overtake, exuding a feeling of superiority.

Or maybe it’s a horse who likes to feel secure in the company of others, unwilling to leave them, preferring to stay tucked in amongst the pack and has to be coerced and cajoled into weaving through, finding itself in front before he realises what he has done — the sort of bravery he didn’t know he possessed.

Some feel claustrophobic when they are too close to the inside rail with the field on their outside. For these horses, an inside gate is the worst scenario, they will want to drop back to the rear and find some clear space to run in, to ensure they make a decent effort to win. A difficult situation, but we have seen timid horses overcome it when they find a brave streak in the clear racing ground.

A long-striding animal is often suited by being on the edge of the pack that his long stride is not impeded by the heels of the runners in front of him.

I hope you now have a greater understanding of the idiosyncrasies of the starting gates (stalls) and the issues that horses and their jockeys face. And the methods they use in their efforts to win.