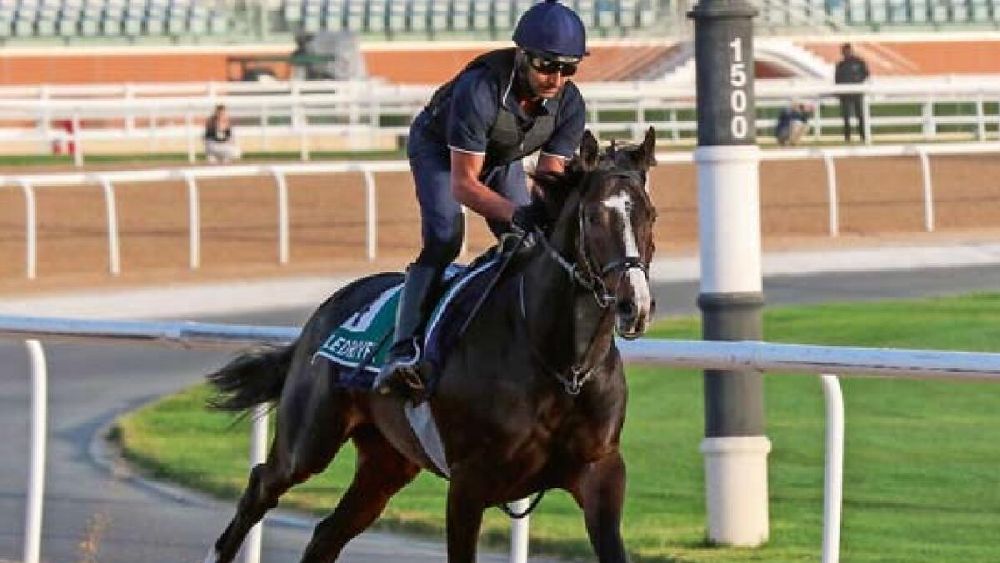 William Muir is hopeful that last year’s Coronation Cup winner Pyledriver can produce another excellent performance at the top level when he takes his chance in the Group 1 Longines Dubai Sheema Classic on Saturday.

The five-year-old has gained fans around the world for his rags-to-riches success story, winning multiple Group contests for his breeders Roger Devlin and Guy and Hugh Leach, who retained the son of Harbour Watch after he failed to find a buyer at 10,000 guineas as a foal. Pyledriver disappointed on his most recent start when down the field at last month’s Saudi Cup meeting, but Muir has been pleased with what he’s seen from the son of Harbour Watch since touching down in Dubai.

He said: “Pyledriver travelled over well and he’s been training well over here. His last run was disappointing for all of us as we’d gone to Saudi with big hopes as he was in great shape, but we’ve put a line through it as we were drawn on the wide outside that day and we just could not get in and get himself sorted.

“However, he’s in stall one on Saturday so we’re hopeful of a big run. He’s very good in himself and he’s better than he was in Hong Kong. Glory Vase was a very good winner and he’s only just got us in the last 100 yards.

“I think we’ll run well up to that form and Glory Vase is well fancied. It’s a very strong race, but I’m very confident about my horse. He’s been a bit of a rags-to-riches tale in that he was very cheap to breed and he’s gone right to the top table – and everyone loves a story like that.”

When we started training back in 1990 this was where we wanted to be and it’s lovely to be here.”

Frankie Dettori will be in the saddle at the weekend ftwer regular rider Martin Dwyer suffered an injury in the UK last week, as Muir explained: “Martin is sore and he realised quite quickly that he had to be professional and say he wouldn’t be able to ride him.

“He contacted Frankie for me and spoke to him, they’re good pals so he sorted everything out. I think he’s disappointed though, as you look forward to these days.”