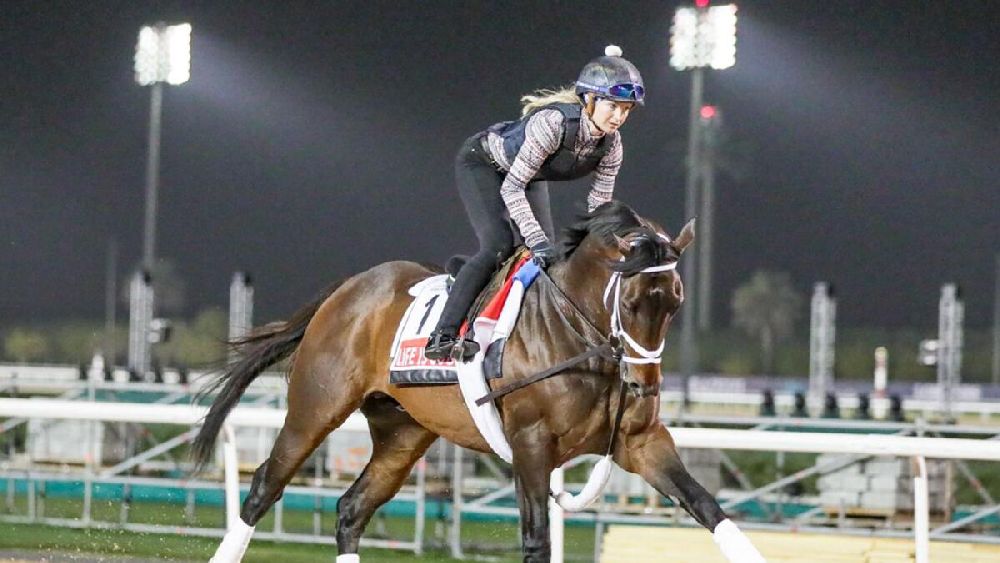 Life Is Good has been talked up as the odds-on favouirte to land the $12 million Dubai World Cup on Saturday night and rightly so too. The four-year-old colt has an impressive CV, having won the Breeders’ Cup Dirt Mile and Pegasus World Cup. The son of Into Mischief has also had six victories from seven starts, the only time he was bested being last August when he lost out by a neck to Jackie’s Warrior.

And while that takes nothing away from Life Is Good, the Dubai World Cup trip will be a bit of treading into the unknown for Todd Pletcher’s charge. While all his seven runs have been on dirt, it has been across varying distances starting from 1300 metres to 1400 metres, then 1600 metres, 1700 metres and 1800 metres, the last time out. And this will be the first time Life Is Good will be facing a distance of 2000 metres (10 furlongs).

And Pletcher revealed that it is something they have worked hard over, since he shipped here to Dubai.

“I’m very happy with him, his weight looks good, I think he handled the ship in perfectly,” Pletcher said at the Meydan Racecourse on Thursday morning.

“The Pegasus was his first time at a mile and an eighth and he handled that well, so we’ve focused on just some good, stamina-building breezes and strong gallop outs. He does everything so willingly; he likes doing it, enjoys his job, and all his work has been super good.”

The Kentucky Derby-winning trainer’s body of work is filled with some of the biggest races in North America and the 54-year-old hopes to add the Dubai World Cup to his collection as well. Asked where would he likely place the Dubai World Cup in his list of illustrious achievements, Pletcher said: “At the moment first.”

“Hopefully I can get (the win) on Saturday. He looks quite exceptional in what he does out on the on the track,” he added.

The mount of Irad Ortiz, Life Is Good has drawn Gate 1 for the showpiece and Pletcher said that he has looked good on the eye.

“He’s an amazing horse to watch while training. You know, that’s what we kind of become accustomed to seeing from him as he does everything very effortlessly. You know, he’s impressive. His major works leading up to this have been, you know, as good as we’ve seen from any horse. So we’re just hoping for you know, things to go smoothly, get away from gate 1 and in good order. I would imagine that he’s going to be the pace setter. We just hope for everything to go well,” said Pletcher.

Speaking more about starting from close to the rail, Pletcher explained: “In the practices, his first step wasn’t great, but he made up for it quickly in a second, third and fourth jumps. The biggest concern with the rail draw it just doesn’t give you much leeway for a mistake and you know, hopefully if he breaks the way he normally does, I don’t think it’ll be an issue. But if you’re drawn out a little wider, you maybe have a little more room for half step slow on the break.”