Tesla founder says he ‘can no longer support’ Democrats 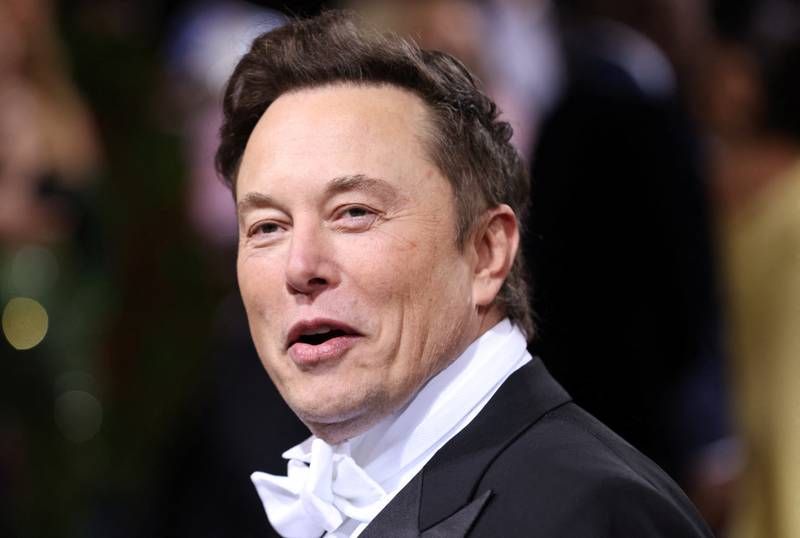 Tesla chief executive Elon Musk tweeted that he could no longer support the Democrats. Reuters

Tesla co-founder Elon Musk said he would now vote Republican and attacked Democrats after tweets in which he claimed political attacks against him would increase.

“In the past I voted Democrat, because they were [mostly] the kindness party,” Mr Musk tweeted on Wednesday.

“But they have become the party of division and hate, so I can no longer support them and will vote Republican.

“Now, watch their dirty tricks campaign against me unfold.”

In the past I voted Democrat, because they were (mostly) the kindness party.

But they have become the party of division & hate, so I can no longer support them and will vote Republican.

Now, watch their dirty tricks campaign against me unfold … 🍿

He earlier attacked S&P Dow Jones Indices after the index provider removed Tesla from its Environmental, Social and Governance Index.

S&P said working conditions at the electric-vehicle maker and the company’s handling of deaths and injuries linked to its driver-assistance technology were behind the removal.

The world’s richest man called ESG a “scam” that has been “weaponised by phony social justice warriors”, and said S&P “lost all their credibility”.

And Mr Musk tweeted a meme minutes later that said ESG “determines how compliant your business is with the leftist agenda”.

Despite Tesla doing more for the environment than any company ever! pic.twitter.com/ImxrhnRepj

“Political attacks on me will escalate dramatically in coming months,” he said in another tweet.

His recent erratic tweets have sent shares of the company floundering.

Twitter shares dropped by 3.9 per cent by 4pm eastern time on Wednesday, well below his buyout offer of $44 billion.

Mr Musk this week tweeted that his acquisition of the social media giant is temporarily on hold. 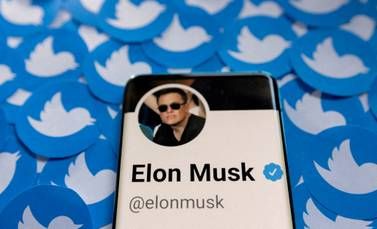 Democrats, and US President Joe Biden in particular, have been the targets of Mr Musk’s ire in the past.

The Tesla founder was miffed that his EV company was ignored by Mr Biden in his State of the Union address in March.

Mr Musk also recently said he would reinstate banned Twitter user Donald Trump to the platform when the $44bn acquisition was complete.

The Tesla founder’s companies and business dealings have been at the focus of myriad investigations and lawsuits. 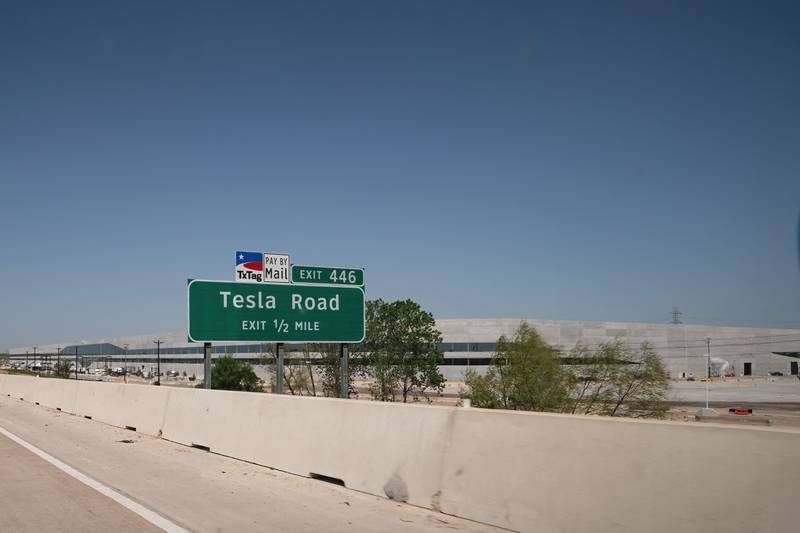 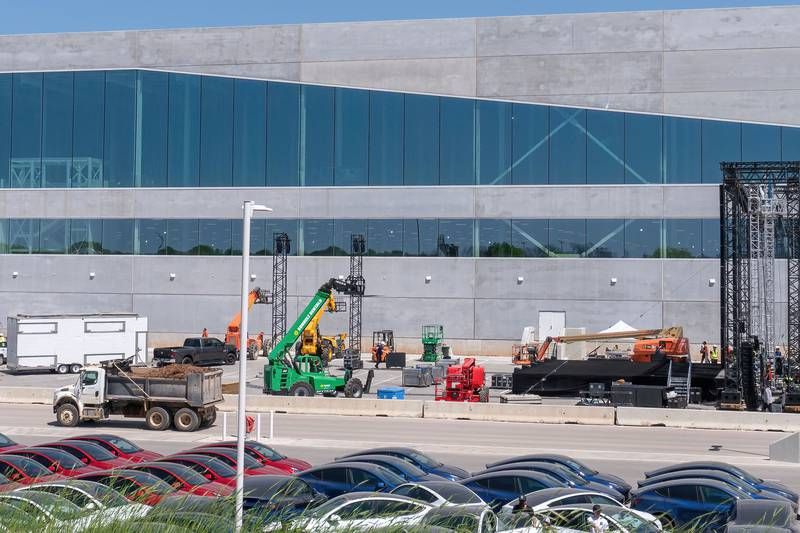 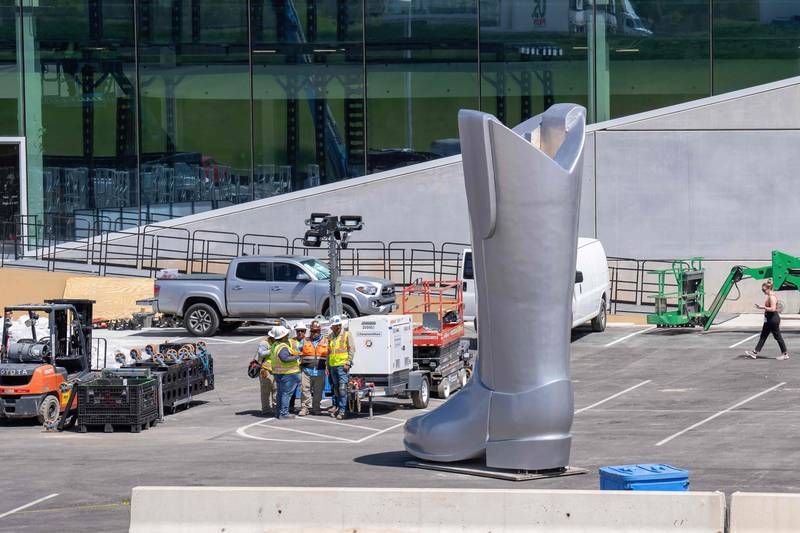 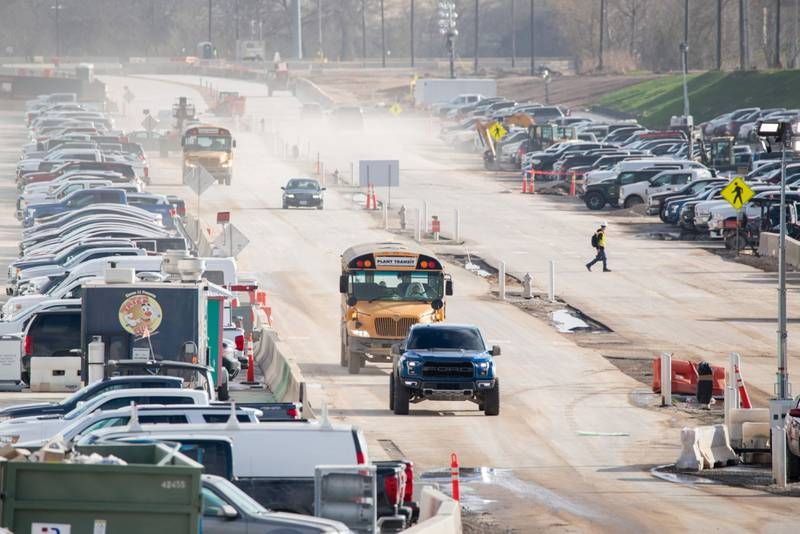 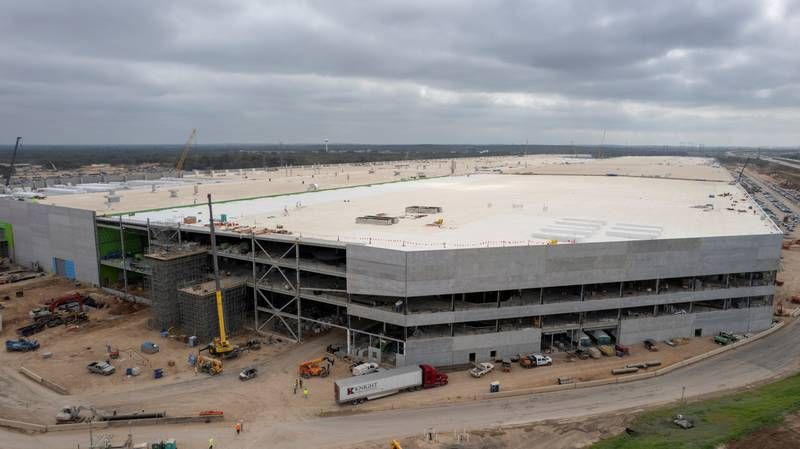 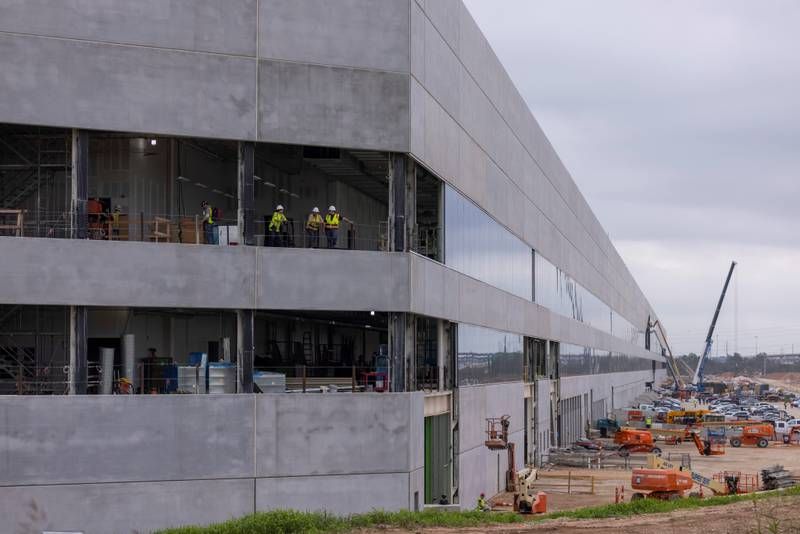 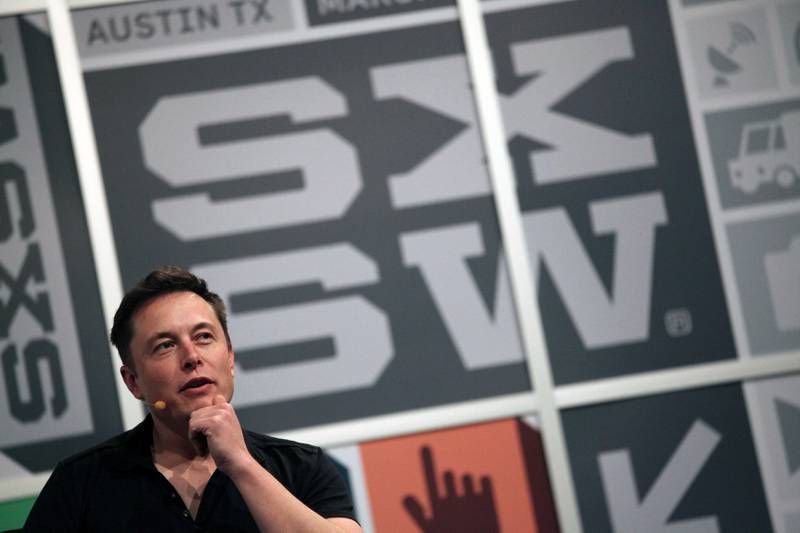 A Tesla Road exit sign on the Toll 130 motorway points to the new Gigafactory in Austin, Texas. AFP

California filed a lawsuit against Tesla in November, accusing the company of segregating black employees at its site in the state.

The factory has also been accused of “rampant sexual harassment”.

Tesla, which counts California as its largest market in the US, moved its headquarters out of the state to Texas.

He and his brother Kimbral are also reportedly under investigation by the US Securities and Exchanges Commission for breaking “insider trading rules”.