The first two names to join the 14th edition of the Mubadala World Tennis Championship (MWTC) have been revealed — Ons Jabeur the winner of the women’s MWTC crown last year, and Emma Raducanu, winner of the 2021 US Open (who sadly had to pull out of last year’s MWTC tournament after testing positive for Covid).

They’ll be making a glorious sporting racket between December 16 and 18, 2022 once again holding court at the stunning International Tennis Centre, Zayed Sports City in Abu Dhabi.

The tournament invites a collection of hand selected delgates from the halls of tennis royalty to battle it out in pursuit of the coveted MWTC trophy, serving the UAE’s tennis fans with a slice of seriously smashing action in the process. More big names will be announced in due course.

Tickets for the ace in the region’s tennis calendar — the MWTC are now on sale via ticketmaster.ae, with prices starting at Dhs95. 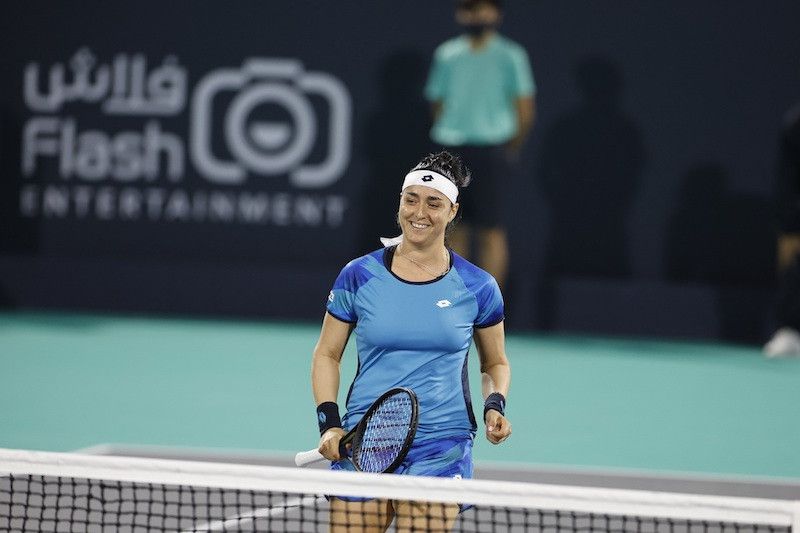 This Tunisian superstar was the winner of the MWTC women’s event in 2021 beating Belinda Bencic. She’s currently ranked number two in the world and has had a seriously impressive season on court with 2022 Wimbledon and US Open finals under her belt. Beyond her Mubadala title defence, she’s been breaking records as the first Arab woman to win WTA titles, to reach Grand Slam finals and was the worthy victor in the Arab Woman of the Year Award in 2019.

She’s the British teenager who set the sporting world on fire last summer with a genuinely historic win at the US Open Singles. A victory made all the more memorable by the fact she didn’t drop a set. The win saw her entered into the record books as the first British female to win a Grand Slam since Virginia Wade took the Venus Rosewater Dish trophy at Wimbledon in 1977.

As mentioned above, she was booked to appear at the 2021 Mubadala tennis tournament — but had to pull out at the last minute following a Covid-19 positive result. We’re sure she’ll be even more eager to show the world what she’s capable of, this time around.

A post shared by What’s On Abu Dhabi (@whatsonabudhabi)

These are some totally radical places to practice your kickflips…Looking for a new hobby in skating, or maybe you just want to kickstart your past glory days? There are a number of...

It will highlight UAE’s success story…To celebrate the 51st UAE National Day, the Central Bank of the UAE (CBUAE) announced the launch of a new Dhs1000 banknote which will be available in...

Capital ideas for your week…And just like that, it’s the first working day of December and if you’re looking for things to do in Abu Dhabi to kick the month off on...

A Tomorrowland regular will headline the official opening on December 9…The wait is finally over. Terra Solis Dubai has opened its doors to guests for day passes and overnight experiences. The desert...