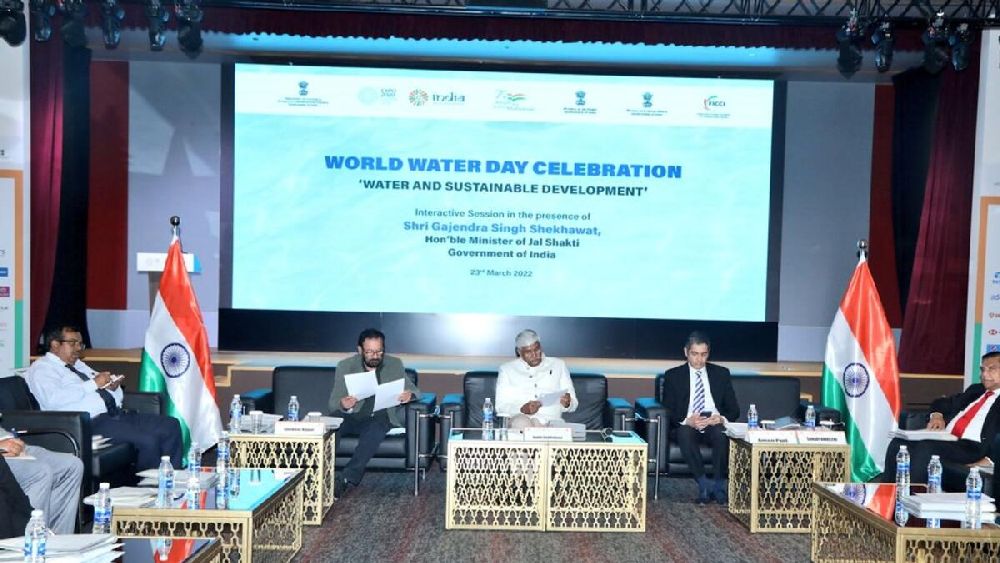 India is on track to deliver tap water connection to all of rural India by the end of December 2024 and 160 million households will benefit from the Jal Jeevan Mission, India’s minister for water resources said at Expo 2020 on Wednesday.

“Because of the pandemic, everybody thought that this mission was going to fail. But despite the challenges, we were able to provide connection to 16 million households,” Gajendra Singh Shekhawat, India’s minister of Jal Shakti, told Khaleej Times in an interview.

The minister who is in Dubai to participate at the Water Week at Expo, also said India is keen to learn from countries like Israel that has adopted smart agriculture technologies to reduce water usage.

“There is no comparison between India and Dubai. But at Expo where representatives from various countries and stakeholders that have done remarkably well in the field of water conservation, it is an opportunity to learn,” said the minister adding that the world can also learn from India’s example.

India – the second most populous country in the world – has only four per cent of the total fresh water resources in the world. According to a 2018 NITI Aayog report, 600 million Indians or at least half of the total Indian population, is under a deep water crisis.

With almost 85 per cent of India’s fresh water being consumed for agriculture purposes, the minister said it is a top priority for India to have innovative technologies to promote smart irrigation.

“Groundwater is very critical for India where the dependency is the highest in the world. We are working on holistic management of water, catchment area treatment, afforestation, groundwater recharge, wetland conservation, springs rejuvenation and river rejuvenation.“

He said India is following the ‘per drop, more crop’ approach that stresses on the optimum utilisation of water in farming.

“India has to reduce the quantum of water used in irrigation to fulfil other demands.”

He said he is interested in a revolutionary drip irrigation technology that does require water pressure, which was presented to him by an Israeli company. “I think, if this can happen, it can change the entire irrigation system where the surface irrigation can be transferred without power and energy,” said the minister.

Speaking about the robust start up ecosystem in India and how his ministry is betting on agritech solutions to address India’s water needs, Shekhawat said he has received over 200 proposals for an IT based solution to measure the quantity and quality of water which is being distributed in the village households.

“We are also counting on partnerships and international collaborations. Here at Expo, we have much to learn,” he added.