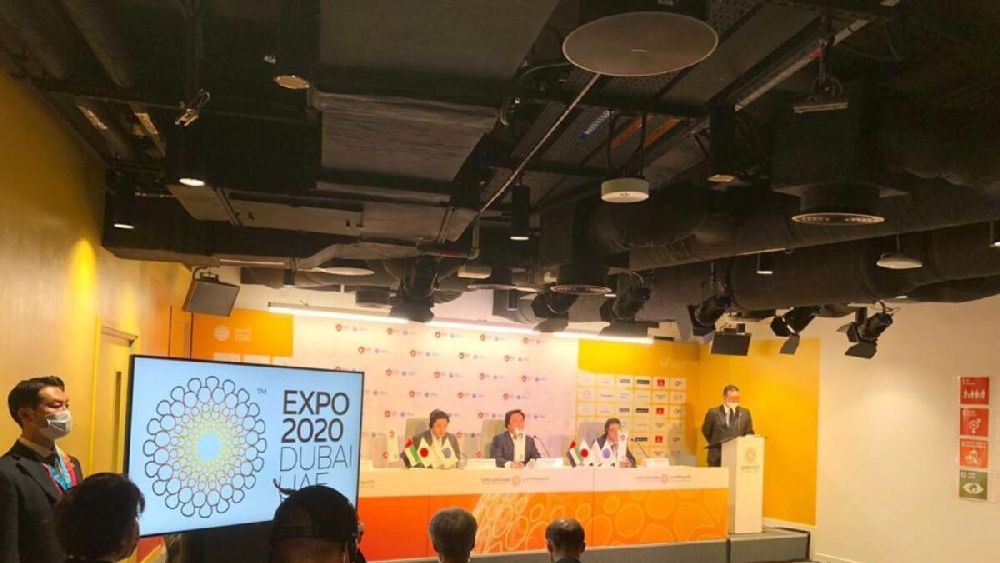 As Expo 2020 Dubai comes to an end, organisers of Expo 2025 Osaka Kansai revealed they are ready to take on the mantle, with construction well under way, and ideas to emulate certain aspects of the first World Expo to be held in the Middle East.

Four of the team for the next World Expo gave a media briefing on Wednesday; Wakamiya Kenji, Minister for the World Expo 2025, Yoshimura Hirofumi, Governor of Osaka Prefecture, Matsui Ichiro, Mayor of Osaka City, and Ichinoki Manatsu, Deputy Secretary-General of the Japan Association for the 2020 World Exposition.

Describing Expo 2020 Dubai as “overwhelmingly attractive”, Wakamiya Kenji said, “We will learn a lot from this Expo based upon its legacy. We will do our part, we will relay the baton.”

He expressed particular interest in Expo’s theme weeks, saying they are “a great idea, and we want to capitalise on that kind of insight, and perhaps use a similar strategy to highlight our focuses.”

As part of Expo 2020 Dubai’s Programme for People and Planet, 10 theme weeks have explored humanity’s most critical challenges and opportunities through a cultural, social, environmental and economic lens.

Ichinoki Manatsu, Deputy Secretary-General of the Japan Association for the 2020 World Exposition, revealed that construction of the site was well underway. He confirmed the artificial island had been filled, the subway was being laid out, and that by April 2023 the land would be ready for the building work to begin, with the aim to be completed by April 2025.

The Expo 2025 Osaka Kansai theme is Designing Future Society for our Lives, with the sub themes of Saving Lives, Empowering Lives, Connecting Lives. Yoshimura Hirofumi said: “We want to pursue happiness, and consider what kind of lives are fulfilled lives?”

Matsui Ichiro spoke of the 1970 Expo hosted in Osaka, when the UAE had not yet been formed, but Abu Dhabi had a pavilion. He discussed Osaka’s successes in manufacturing and craft, but described the “hospitable people as the biggest asset.”