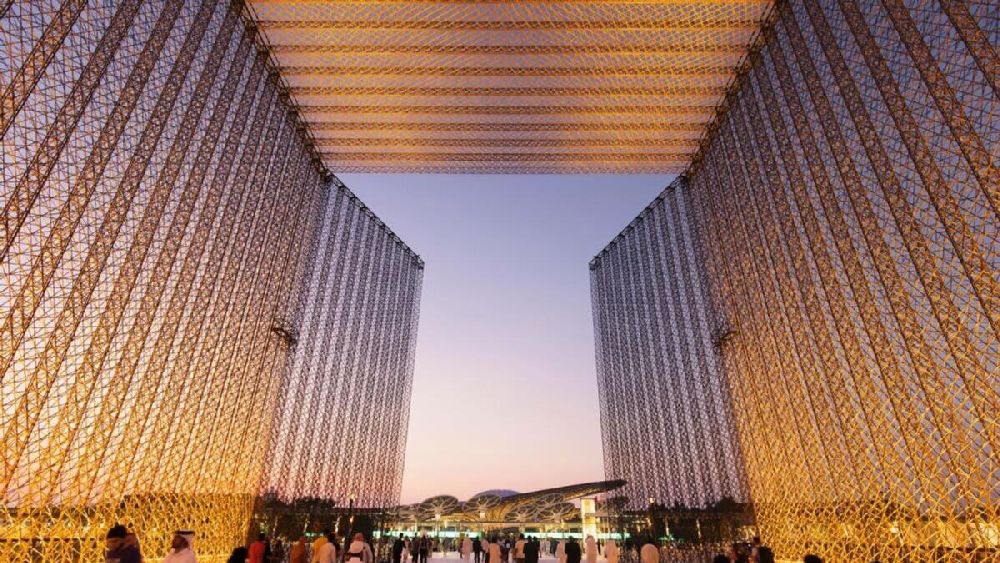 For 170 years, world expos have been inspiring mankind by showcasing the best of ingenuity, ambition and entrepreneurship.

The six-month-long cultural and business jamborees last a lifetime in our memories for the life-changing inventions that emerged out of it.

Within a matter of days, the fair ground in Dubai will be closed and Expo 2020, dubbed the world’s greatest show, will end. How will Expo 2020, the first world fair hosted by an Arab country, be remembered after it officially ends on March 31?

What did the 192-plus country pavilions and participants gain in the last six months, when thought leaders, academics, NGOs, corporates and governments met under the theme ‘Connecting Minds, Creating the Future’? What are the tangible and intangible outcomes from the interactions – on stage and off stage – that Expo 2020 hosted through its conferences, panel discussions and events?

Khaleej Times posed the question to several diplomats and pavilion directors to understand their big takeaways from the last six months. 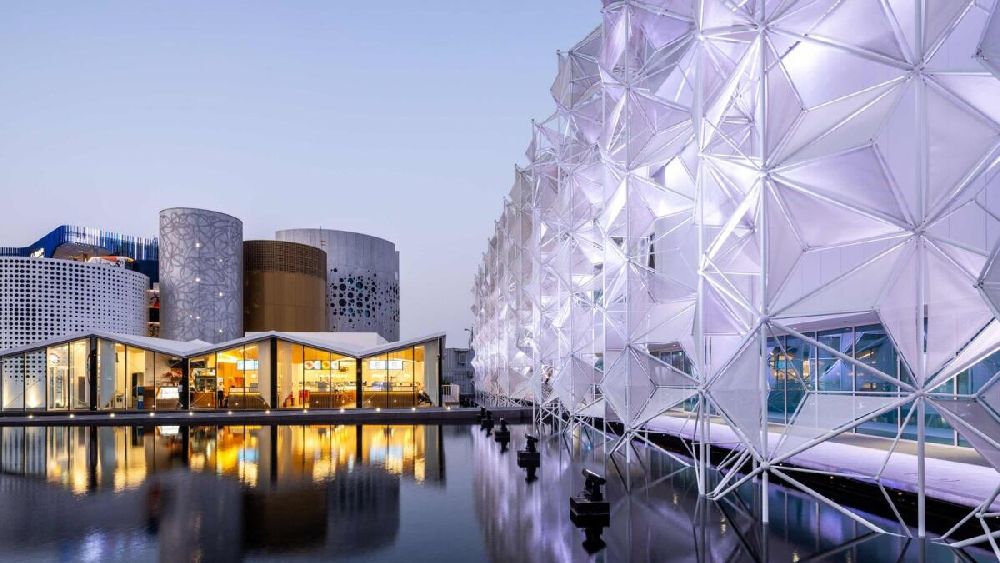 Japan, the next host of Expo Osaka in 2025, said they are ready to carry forward the successes of Expo 2020 Dubai.

“Expo 2020 was an excellent occasion for Japan to increase momentum and provide it with many ‘seeds of ideas’ that can be carried forward to Expo 2025 Osaka-Kansai, said Ambassador of Japan to the UAE, Mr. Akio Isomata.

The theme of Expo 2025 Osaka-Kansai is “Designing Future Society for Our Lives”. The envoy said Expo 2020 has taken the world closer to Expo 2025.

The Emirate of Abu Dhabi participated in Expo 1970 Osaka, the first-ever Expo held in Asia. Now Japan carrying the legacy forward, Isomata said he “cannot help but feel Japan and the UAE are predestined to be close partners in Expo, too.”

“With the great success of Expo 2020 Dubai, we are ready to design and create the future together. Japan is committed to continuing to work with all to address global issues and challenges together, and welcome active participation from the UAE and all other countries, organisations, and individuals in this endeavour at the next Expo in Japan.” 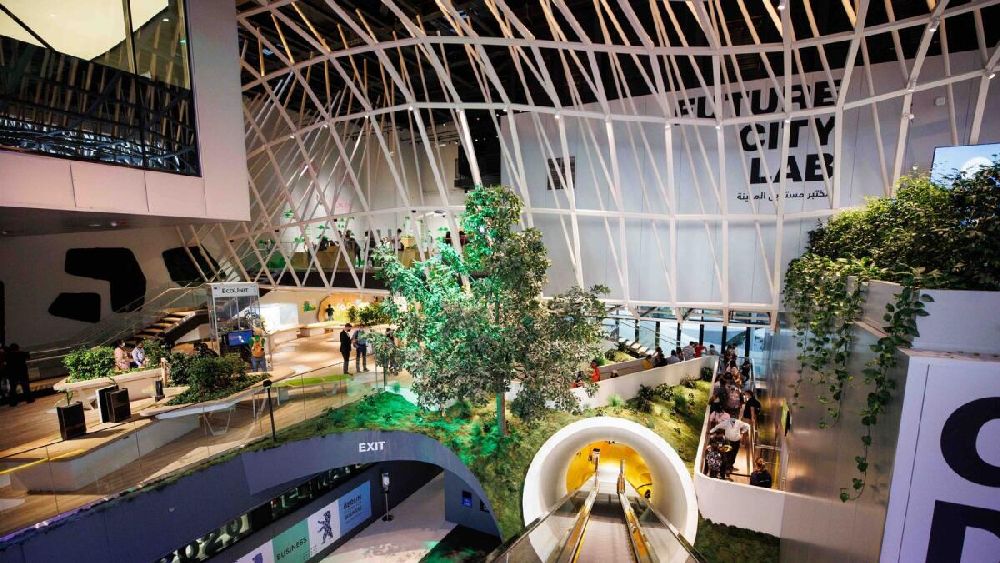 For Germany, the greatest legacy of Expo 2020 is that it reinforced the overriding importance of sustainability and the need to do something to save the planet. “It was impactful and diverse,” German ambassador Peter Fischer told Khaleej Times.

“Governments, thought leaders, corporates, NGOs, researchers, students all had a role to play in Expo. The first world Expo held in the Arab world was diverse and inclusive and the UAE established itself as a partner and collaborator for world nations to cooperate and address global challenges,” said Peter Fischer.

“It was clear that UAE and Dubai established itself as a modern, futuristic place where world can meet, live a peaceful life, have a good time and also do something serious about future challenges.”

The ‘Campus Germany’ pavilion, which saw one of the biggest visitor numbers, was a runaway success with the 21 plus million visitors, but the envoy said having any measurable outcome was never Germany’s intention. We told a story that people enjoyed, and it was informative at the same time. If people got interested in Germany and decided to visit and do business with us, it is an added advantage,” said the envoy. 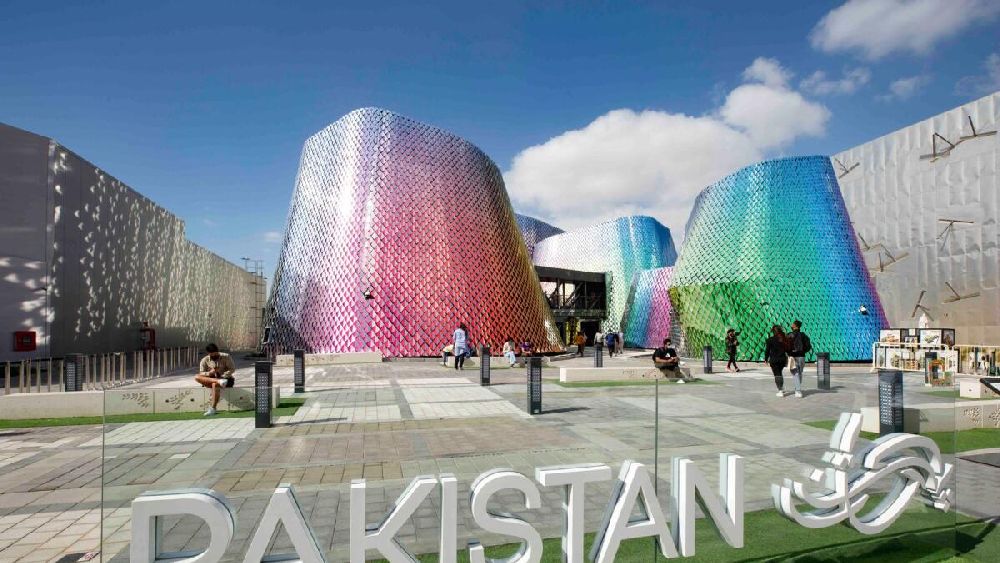 Pakistan, another active participant of Expo with an attractive pavilion under the theme ‘The Hidden Treasure’, scored big on busting stereotypes as well as clinching partnership agreements.

“There is a stereotyping of Pakistan that we are a ultra conservative society. But the pavilion that had 1.3 million visitors, rightly showcased our country as a progressive society, with a diverse culture robust investment climate and talents. More importantly, we put a smile of people’s faces. It was like seeing is believing for many,” said Afzaal Mahmood, Ambassador of Pakistan to the UAE.

The envoy said the pavilion, till date, conducted 300 plus business and cultural events.

“We signed 120 plus MoUs in the field of tourism, trade and investment, environment, energy to name a few.” 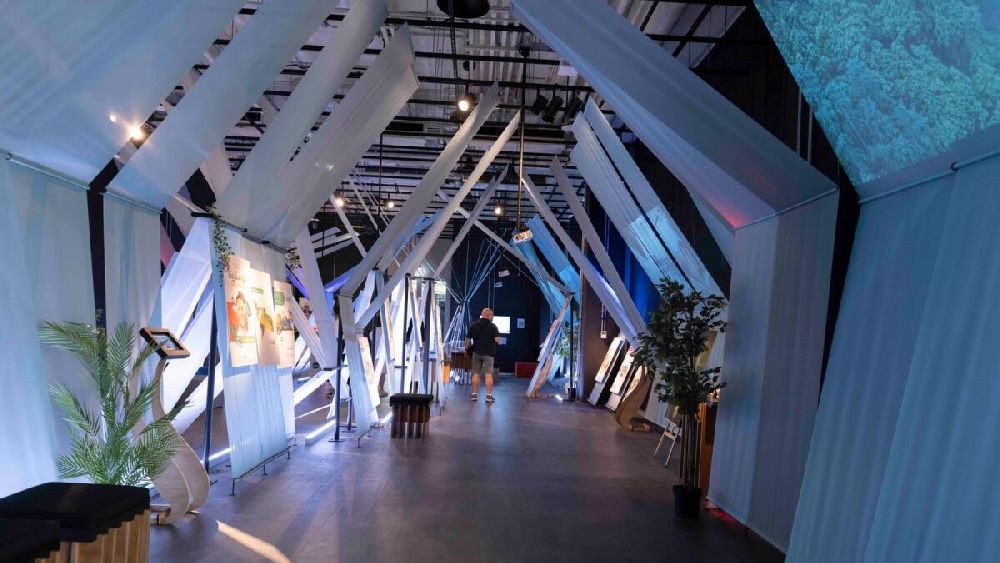 Francisco J. Chacon, Ambassador of Costa Rica, said Expo 2020 is an ‘agent of change’ and a “process in motion” for his country that participated under the theme Mobility.

He said Costa Rican bananas, pineapples, melons, and tuna made their way to the UAE supermarkets along with coffee, dry fruit, rainforest water and healthy chips. Medical devices have been exported as well.

“Expo Dubai 2020 made one of the Happiest Nations on Earth happier. It proved that a small country so far apart could succeed in new niches of market.” 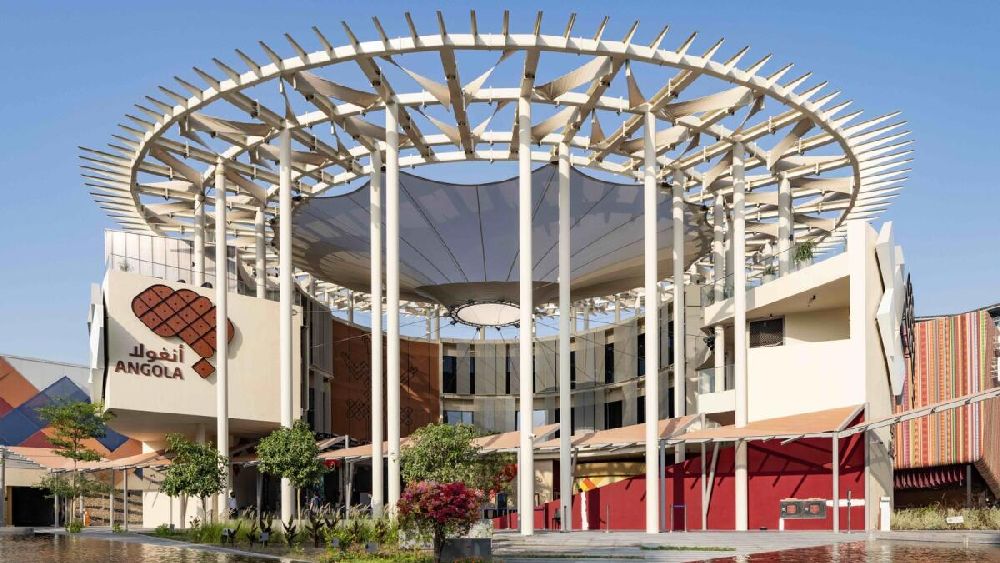 Held under three sub-themes of Sustainability, Opportunity and Mobility, Expo 2020 is the first world Expo to have 190 plus countries participate with their own pavilions. For the world that is still reeling from the impact of the pandemic, Expo have a global platform to reconnect, rethink and collaborate on the much-needed post-Covid recovery strategies and investment plans.

“I would also like to highlight the country’s affirmation and positioning in the global market, especially in Africa, as a growing, developing country. It represents our contribution to the global economy and community. It feels like history in the making,” said Ferreira.

She said the partnerships that they built will provide job opportunities in Angola and a better market environment, not just in the business sector but also in the arts sector.

The Angola pavilion will remain as an Expo legacy functioning as a hub in Dubai for all Angolans.

“It brings Angola closer to the Mena region and vice-versa,” she said. 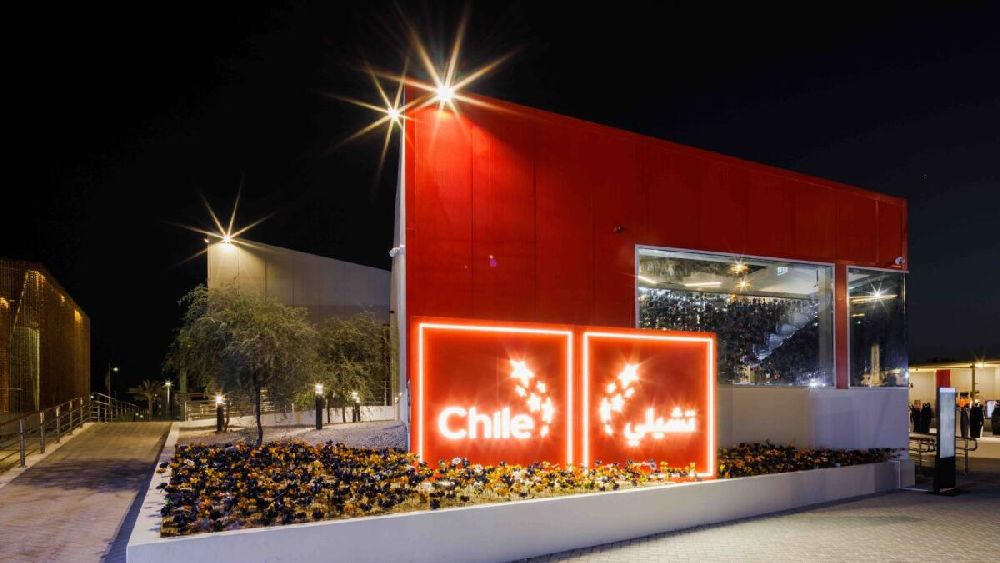 Felipe Repett, Trade Commissioner & Pavilion Director of Chile Pavilion, said his country attracted a large amount of investment to Chile, created new opportunities and established themselves on the world stage in a way that haven’t been before.

“Our biggest tangible gain from the Expo is signing the agreement with the UAE to begin negotiations for CEPA. We have also brought in new FDI to Chile through our presence in the UAE during Expo. With the honey week, Gulfood, Technogames Chile ’21 and so on, over 100 Chilean companies have visited the Expo on missions or trade delegations,” said Repett. 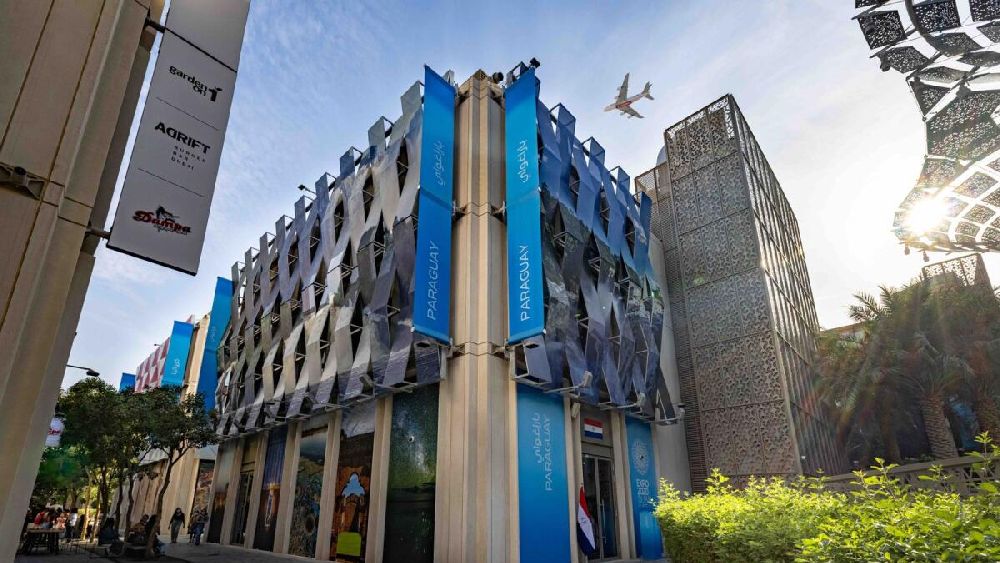 Paraguay that participated under the theme, “From Paraguay to the world” says they managed to position the country at an international level and reached an audience that did not quite know the country and all the wonders it has to offer.

“The legacy that Paraguay wants to leave behind is that no country is too small to contribute to the creation of opportunities for a more sustainable future that leaves no one behind,” José Agüero Ávila, Commissioner-General, Paraguay Pavilion told Khaleej Times. “Following the motto “Connecting minds, creating the future”, Paraguay will leave the legacy of having shown itself as a reliable partner and as a country that fosters creativity and collaboration between nations, cultures, and institutions,” Ávila added.