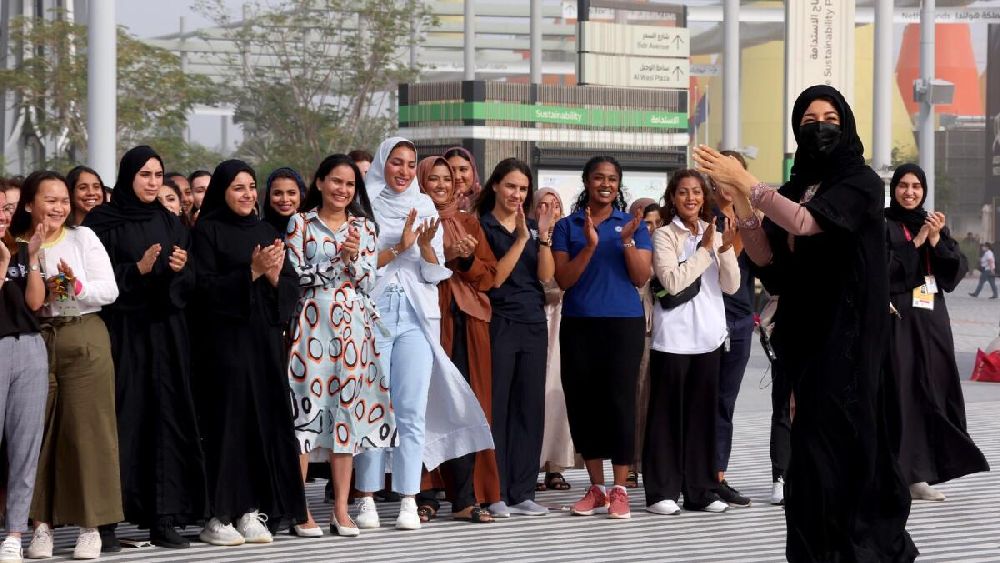 Achieving gender equality requires collective action as the world heads into a post-pandemic era — this was the message that stood out loud and clear at a grand ceremony held at Expo 2020 to celebrate International Women’s Day.

Under stunning light projections at Al Wasl Plaza, and to the lilting strains of soft orchestral music, the event held by the Women’s Pavilion in collaboration with Cartier, hosted prominent women who reminded the world that there was no more critical time to stand for gender equality than today.

Reem Al Hashimy, Minister of State for International Cooperation, and Cyrille Vigneron, president and CEO of Cartier International, made speeches, while Oscar-winning actor Rami Malik read out a New Day’s Lyric written by Poet Amanda Gorman that honours the future.

Powerful poems and musical performances inspired the women and men gathered there, to take action within their own sphere of influence and become agents of change. In her speech, Al Hashimy started off by saying that “when women thrive, humanity thrives.”

“Women have been a cornerstone of my society, government and people. There is a need to find ways to continue to encourage, advocate and inspire,” she said, adding that the Women’s Pavilion was established to showcase the forgotten or omitted stories of women in a new light.

Christine Lagarde, president of the European Central Bank, said in a televised message, three reasons require unprecedented efforts towards women empowerment: the impact of the Covid pandemic on women, the need for talent to move forward, and the need to avoid the high cost of inaction.

Women, she said, play an important role of the economic progress of any society as countries face an income loss between 10 and 38 per cent from the underused economic potential of women.

“If we do not act now, we will face potentially social and economic consequences that threaten to undo decades of progress,” said Lagarde.

The Women’s Pavilion hosted diplomats and experts to shape a better future for women in the workplace and break the bias.