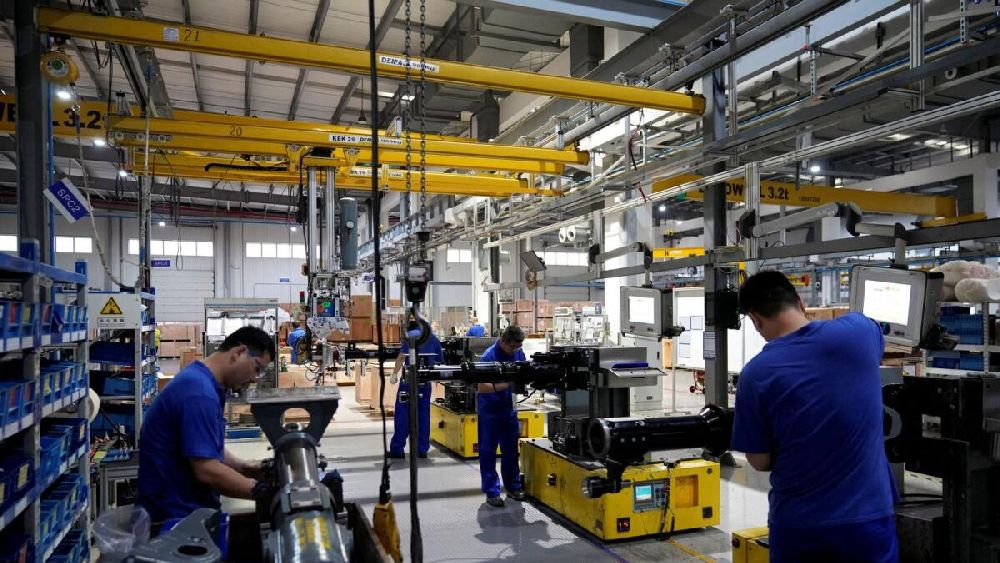 A series of purchasing managers’ indexes (PMIs) for July showed new orders falling in the manufacturing powerhouses although they did show price pressures may be waning.

The Institute for Supply Management (ISM) said on Monday that its index of U.S. factory activity dipped to 52.8 last month, the lowest reading since June 2020, when the sector was pulling out of a COVID-19 induced slump. The ISM PMI index was at 53.0 in June. A reading above 50 indicates expansion in manufacturing, which accounts for 11.9% of the U.S. economy.

However, the ISM survey’s forward-looking new orders sub-index dropped to 48.0 last month from a reading of 49.2 in June, a second straight monthly contraction. Combined with a steady reduction in order backlogs, that suggests a further slowdown in US manufacturing in the months ahead.

The Federal Reserve has been lifting interest rates aggressively but the world’s largest economy unexpectedly contracted last quarter, raising the risk it was on the cusp of a recession.

In the eurozone, S&P Global’s final manufacturing Purchasing Managers’ Index (PMI) fell to 49.8 in July from June’s 52.1, its first time below the 50 mark separating growth from contraction since June 2020.

A July Reuters poll gave a 45 per ent chance of a recession in the euro zone within a year.

An index measuring output, which feeds into a composite PMI due on Wednesday and seen as a good gauge of economic health, sank to a more than two-year low of 46.3.

S&P Global said production was falling in all euro zone countries surveyed other than the Netherlands and the rate of decline was of particular worry in Germany, France and Italy – the bloc’s three biggest economies.

Meanwhile, retailers in Germany ended the first half of 2022 with the sharpest year-on-year sales drop in nearly three decades as the cost of living crisis, the Ukraine war and lingering effects from the coronavirus pandemic took their toll.

“I expect GDP in the euro zone to contract in the third quarter but not as much as these retail sales or PMI data suggest,” said Holger Schmieding at Berenberg.

A surge in global commodity prices amid supply chain disruptions caused by the pandemic and the Ukraine war has challenged businesses and policymakers worldwide, with central banks rushing to tighten monetary policy and firms cutting costs.

The Bank of England is likely to raise borrowing costs by 50 basis points this week despite the country’s PMI showing manufacturing output and new orders declined in July at the fastest rate since May 2020.

Activity growth in China also slowed, the private sector Caixin PMI showed on Monday, despite some easing of the strict domestic Covid-19 curbs that slammed the world’s second-largest economy in the second quarter.

“The country was already facing an uphill challenge, to put it mildly, with regards to its growth target this year and the fact that manufacturing activity is slowing again doesn’t bode well,” said Craig Erlam at OANDA.

“One positive from the surveys was the improvement in supply chain conditions which should aid the inflation fight around the world.”

There was some positive news for the region, however, with PMIs indicating input price growth has moderated in China, Taiwan, India and South Korea.

Conditions in parts of Southeast Asia were also upbeat, with PMIs pointing to accelerating activity in Indonesia, Malaysia and Thailand where new orders growth bucked declines seen elsewhere in the region.

India’s factory activity expanded at its quickest pace in eight months in July, also helped by solid growth in new orders and output and a sign the South Asian economy remains resilient.