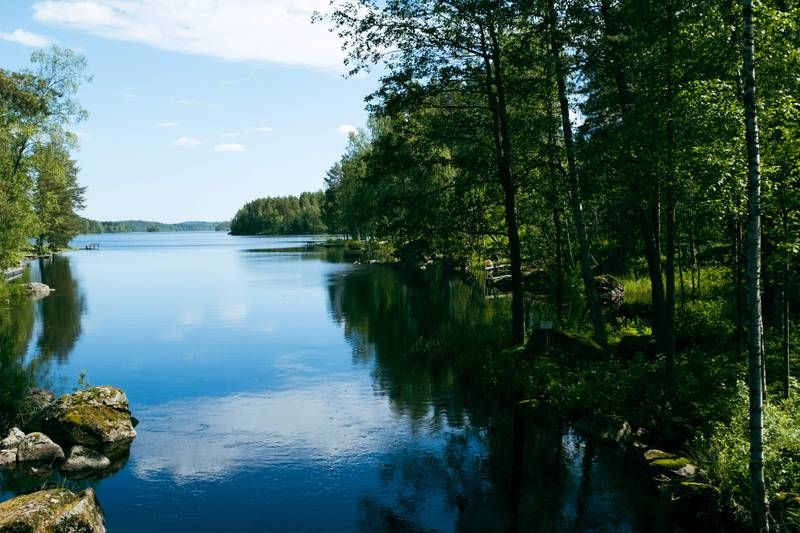 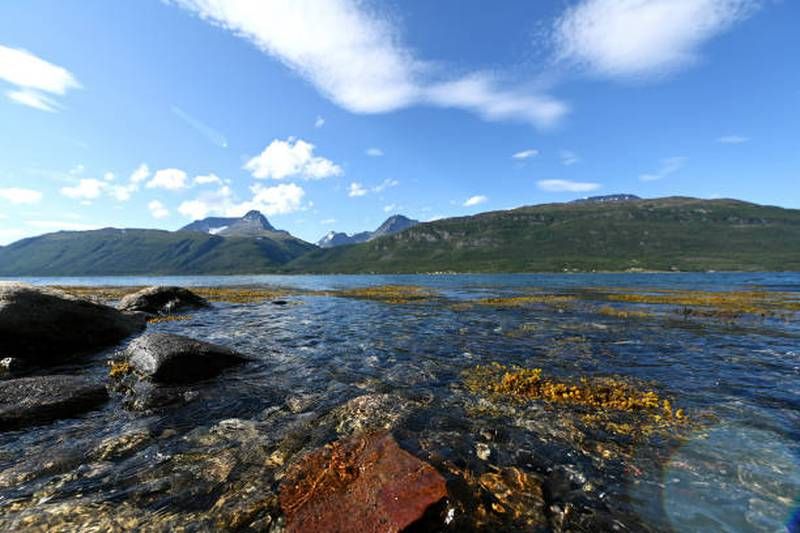 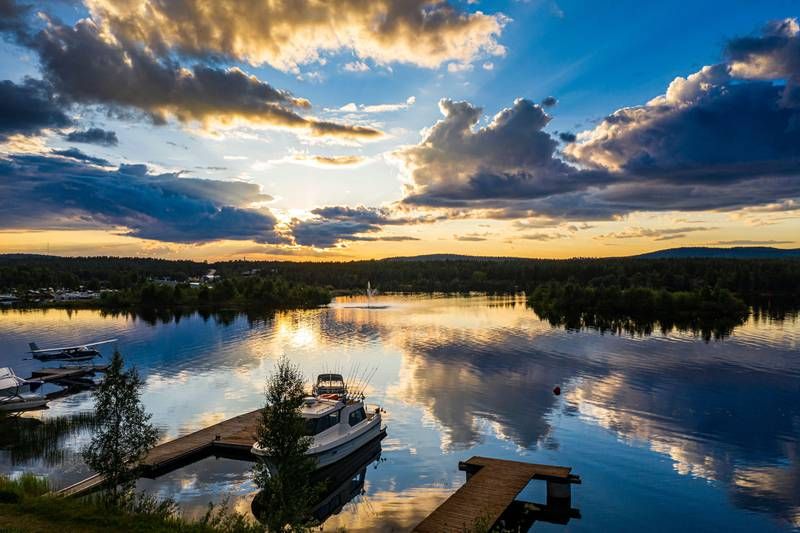 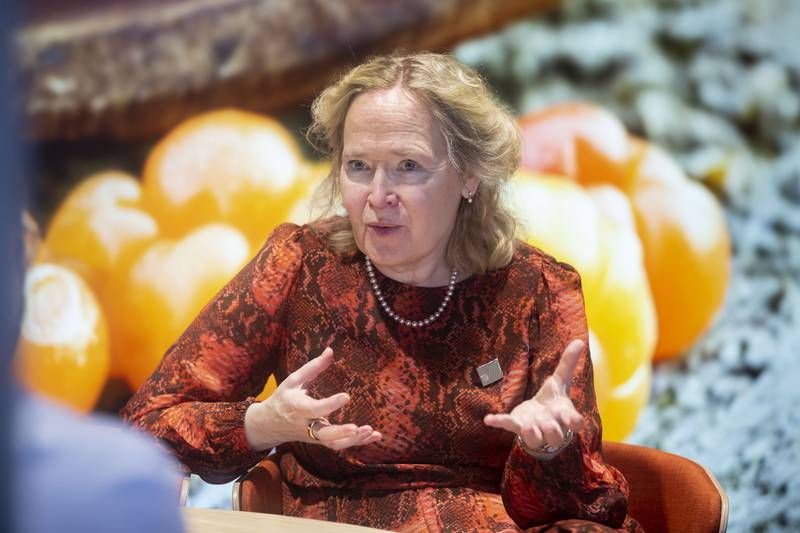 Finland continues to face challenges with a significant number of pollutants getting into the water supply. AFP

A failure to deal with water scarcity could have severe consequences for the entire world, said a senior Finnish politician.

Jaana Husu-Kallio, Permanent Secretary of Finland’s Ministry and Agriculture and Forestry, made her comments during the second day of Water Week at Expo 2020 Dubai.

If water supply issues continued to go unchecked, countries would inevitably be faced with a food shortage crisis as well, she said.

QuoteIt [the pandemic] made us wake up and get back to basics and think about how we are using the resources we haveJaana Husu-Kallio, Ministry and Agriculture and Forestry of Finland

“It could be a disaster for the whole of mankind if we don’t manage our water properly,” Ms Husu-Kallio told The National from the Finnish pavilion at the world’s fair.

“If we lack water then we are going to lack food, as it’s an essential part of its creation and that obviously would be a huge issue.

“Water is also the source of sanitation so it’s clearly a huge deal for the entire world.”

When you think of countries facing water shortages, Finland, with just under 190,000 lakes, is not the first that springs to mind.

In fact, almost a tenth of the country’s land area is covered in water. 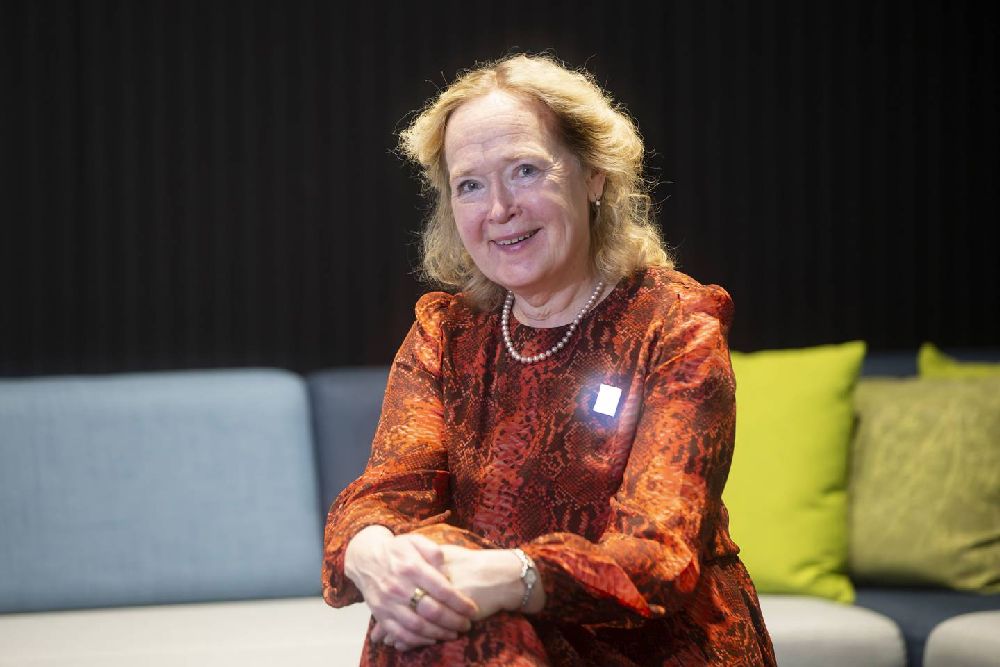 Janaa Husu-Kallio, Permanent Secretary of the Ministry of Agriculture and Forestry of Finland said technology is needed to ensure there is no leaking of water and there is not a single drop wasted. Photo: Ruel Pableo for The National

However, it too has faced many issues with its supply, according to the UN’s Water Action Hub, which monitors nations’ water sustainability and climate resilience.

The country continues to face challenges, with a significant number of pollutants getting into the water supply.

The key to tackling those issues has been digitalisation and the use of technology to analyse the content of water, according to Ms Husu-Kallio.

“What is extremely important is that we have now have the tools to accurately measure the cleanliness of the water,” she said.

“This wasn’t always the case. When I was a kid we had no way of knowing the dangers of what you could throw in a lake.

“Nowadays it is completely understood what you can and can’t do with water.

“In Lapland, you can still drink water straight from the lakes because they are so clean. That’s not very common anywhere else in the world.”

As a nation that is rich in water supply, Finland has been able to develop technology to help reduce the level of water pollution, said Ms Husu-Kallio.

However, the challenge is different elsewhere.

A recent UN report said the issue for many nations was not a lack of physical water but the failure to ensure a regular supply due to the absence of proper infrastructures.

The UN estimated there were 2.3 billion people living in water-stressed countries in 2021.

Of those, 733 million were living in countries facing “high to critical” levels of water stress.

“Water drought is getting worse and worse by the day in other parts of the world,” she said.

“I was in Cape Town, South Africa, recently and it was close to having no water available at all.

“The technology is needed there to ensure there is no leaking of water and there is not a single drop wasted.”

While the Covid-19 pandemic had many negative results, one area in which it had a positive outcome was sharpening minds on the need to improve the world we live in, said Ms Husu-Kallio.

“It made us wake up and get back to basics and think about how we are using the resources we have,” she said.

“It showed us solutions must be sustainable in the future.”

Another expert speaking at Expo 2020 Dubai said the global issues around having access to clean water were mounting.

“It has been projected by 2025 that two thirds of all people on the planet will experience severe water shortages at least one month a year,” said Martin Renck, founder of Wayout International, which produces hardware and software systems for local coverage of safe drinking water.

Read MoreSoftware could help to save up to 80 per cent of water used on UAE farmsWorld Water Week: lower consumption not increase supply, Unesco expert says'Dubai Can': Sheikh Hamdan in drive to increase use of public water fountains

“It’s even a problem in the developed world where cities are using piping systems that were installed when the cities were first built and based on old requirements.

“Cities have grown so fast and the issue isn’t just about having access to drinking water, now the very source is being polluted by the likes of chemicals and plastics.”

Mr Renck was speaking from the Swedish pavilion where he was demonstrating his company’s smart tap system, which provides safe drinking water from treated sources, including sea water.