Children and husband of Tintu Paul, a nurse from Kerala, are recovering from injuries 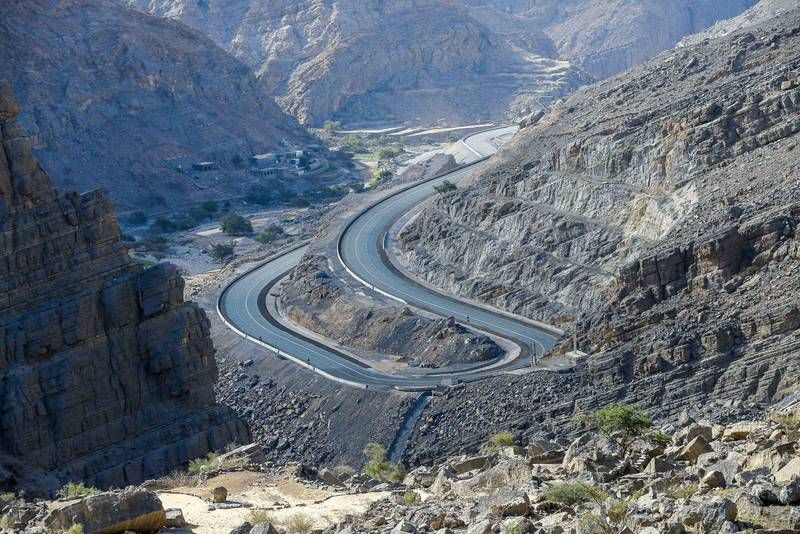 The main road that twists up and down Jebel Jais. Victor Besa / The National

An Indian nurse and mother of two young children died on Eid Al Fitr when the car she was travelling in skidded off the Jebel Jais road as the family returned from an overnight stay in the mountains.

Tintu Paul, 36, from Kerala in southern India worked as a nurse in a hospital in Ras Al Khaimah.

She had spent the night on Sunday, May ,1 with her family and friends in Jebel Jais, watching the sunrise over the mountain range before heading back home to Ras Al Khaimah.

The accident happened on Monday morning when the car was nearing the foot of the mountain.

QuoteShe had a severe head injury and doctors did their level best to remove the blood clot from her brain. Unfortunately we lost herBasil Paul, cousin

Rescue teams said the car had overturned twice and Paul was unconscious when they reached the site.

“The family is shocked and at a loss,” Basil Paul, her cousin who lives in the UAE, told The National.

“She had a severe head injury and doctors did their level best to remove the blood clot from her brain. Unfortunately we lost her.”

Paul died on Wednesday, two days after the surgery. Tintu Paul, a nurse from Kerala in southern India, died when the car she was travelling in skidded off the road as the family returned from an overnight stay in the Jebel Jais mountains. Photo: Paul family

Her husband, Kripa Sankar, has been discharged from hospital and requires rest to recover from a spine fracture.

The couple’s son Kritin, 7, suffered several fractures and has been shifted from the intensive care unit to a ward. Another son, Adin, 1, escaped with minor injuries.

Her mother-in-law, Sumathi Sundaram, will soon be discharged after treatment for a leg fracture.

Paul, who moved to the UAE six years ago, leaves behind her parents, a younger brother and a sister.

Her cousin said the shock was too much for her mother to bear.

“Her mother is not accepting this,” Mr Paul said. “She keeps saying Tintu will come back soon. It is difficult to recover from this.”

Family and friends remember the nurse as a loving mother and conscientious worker who enjoyed spending time with relatives during the holidays.

“Tintu was a person full of love and happiness,” said Siya Basil, her cousin’s wife. “She never expressed sadness to us. She always wanted to share only happiness.

“Her world was her husband and kids. She was very dedicated to her work, lived for her family and had limited wishes in life.

“We have lost our one and only support here in UAE.”

The family are completing procedures to repatriate her body for burial in Thottuva village, Ernakulum district, where her parents live.