Fed’s Powell is popular. His war on inflation could change that 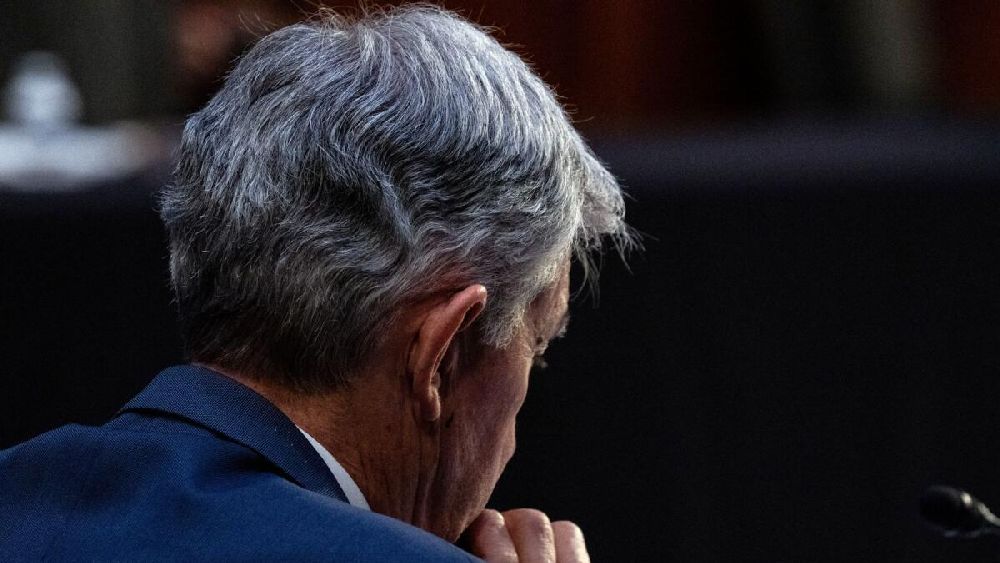 Jerome Powell has for years enjoyed something rare in a politically divided Washington: widespread popularity.

While officially a Republican, Powell, the Federal Reserve chair, is a political centrist who has been nominated to prominent jobs at the central bank by President Joe Biden as well as former presidents Barack Obama and Donald Trump. When Trump attacked Powell on Twitter in 2018 and 2019, criticizing him for not doing enough to stimulate the economy, liberal and conservative commentators rushed to Powell’s defence. When he was up for renomination, people across the political spectrum argued his case.

The acclaim has extended beyond the capital. After delivering an economics-heavy speech on the labour market to a crowd of businesspeople in Rhode Island in 2019, Powell received a standing ovation — not a typical response to central bank oration.

But the applause could soon stop.

That is because Powell, who is in his fifth year of leading the world’s most important central bank, is presiding over the fastest interest rate increases in generations as the Fed tries to wrestle rapid inflation under control. The Fed is expected to raise rates by another three-quarters of a percentage point Wednesday. And by next year, borrowing costs are expected to climb to nearly 5 per cent, up from near zero as recently as March.

The last time the central bank adjusted policy that quickly, in the 1980s, it inflicted economic pain that inspired intense backlash against the sitting chair, Paul Volcker. And while the rate increases were more extreme back then, the Fed’s moves were under far less public scrutiny than they are today, when global financial markets hang on every word coming from the central bank.

Powell, 69, is acutely aware of his own reputation and that of the institution he leads. He reads four newspapers every morning, along with a set of news clips about the Fed that his staff sends him by 6 a.m. He keeps a careful eye on the debate economists are having on central bank policy, including the recent back-and-forth on Twitter between Lawrence Summers, a former Treasury secretary, and Paul Krugman, a New York Times columnist, about whether inflation is poised to subside so much that the Fed risks overdoing it.

His consciousness of how the Fed’s moves are being received has at times prompted Powell to adjust course. He pivoted toward a gentler policy stance in early 2019 after markets reacted sharply to his December 19, 2018, news conference, at which the Fed forecast that it would keep removing its support from the economy. And his awareness has shaped his communication style: Powell has tried to reach ordinary Americans, delivering plain-spoken remarks that acknowledge how economic developments shape their lives.

Powell’s responsiveness has often been viewed as one of his strengths — but it is now prompting some economists and investors to question whether he will be able to stick by the central bank’s plan to wrangle inflation.

Once today’s rate increases translate into palpable financial or economic pain, criticism is likely to come in hard and fast as recession risks intensify and as everyday Americans find their jobs at risk and their wage growth slowing. Already, some lawmakers and progressive economists are urging Powell to stop his rate campaign for the good of the American worker.

Fed policy is made by committee, but the chair is the central bank’s most visible and powerful policymaker, and complaints are likely to be lobbed at Powell personally. As markets and the public react, some Fed watchers think he will back off before inflation is well and truly stamped out of the system.

“Despite Jerome Powell repeatedly putting on the Paul Volcker mantle, he is not Paul Volcker,” said Komal Sri-Kumar, the president of his own macroeconomic consulting firm, explaining that he holds that view based on Powell’s track record.

He expects the Fed to pull back as financial market pain materializes or unemployment spikes.

The Fed has already lifted borrowing costs from near zero to 3.1% this year. But the impact most likely has yet to be fully felt. It will play out over months as people stop taking out loans to fund big purchases and business expansions, weakening growth. The job market remains strong for now, but unemployment is forecast to rise next year, thanks to the Fed-induced chain reaction.

“We’re not at the point of maximum pain yet,” said David Wilcox, a Bloomberg economist and former director of the Fed’s research and statistics division, including during Powell’s tenure. “The pressure will intensify on Powell and his colleagues.”

Fed officials have clearly broadcast the broad outline of their plan to get inflation under control. After raising rates this week, they could potentially slow down to a half-point increase as early as December. How much more they raise rates in 2023 will hinge on incoming data.

Yet it is the next phase of the plan that is key, and that could pose the biggest challenge. Once officials stop raising rates, they intend to keep them high until they are sure inflation is coming back under control.

The question is whether central bankers will stick with that commitment if the nation’s sentiment starts to turn as unemployment rises.

For now, public opinion is mostly behind the inflation-fighting campaign. Americans hate rising prices, and the Biden administration talks regularly about the need to curb inflation.

But already, some critics fear that the Fed has tightened policy so quickly that it is not giving itself time to understand how its moves are reverberating throughout the economy. Central bankers may end up costing more jobs and chipping away at more livelihoods than they need to in order to bring inflation back under control — especially as supply chains begin to heal and consumer spending growth slows.

Rakeen Mabud, the chief economist at the left-leaning advocacy group Groundwork Collaborative, thinks the Fed needs to “take a beat” to see the policy changes it has already made play out. A colleague of Mabud’s recently made what she thought was an apt analogy: “Jerome Powell needs to get a glass of water before he goes back to the bar.”

But past experience illustrates the risk of backing off prematurely. When Arthur Burns was the Fed chair in the 1970s, the central bank raised rates but relented before inflation was vanquished — allowing rapid price increases to linger. People began to expect steadily faster inflation, making it even harder for Volcker to stamp it out once in office. His Fed sent interest rates skyrocketing to nearly 20 per cent to quash price increases, which have been relatively tame ever since.

In interviews with 10 people who know Powell personally, including some who have been critical of him, a consistent prediction emerged: He does not want to go down in history as the man who squandered 40 years of price stability.

“When he has made up his mind that this is the course to take, he tends to not let a lot of distractions get in the way,” said Shai Akabas, who worked alongside Powell in 2011 when he was at the Bipartisan Policy Centre trying to persuade Republican lawmakers to lift the debt ceiling.

To be sure, Powell’s central bank is hopeful that it will not have to inflict Volcker-like economic pain. Inflation has been high for just a year and a half, and does not yet seem to be deeply entrenched in U.S. economic behaviour. That could allow officials to slow the economy less drastically — and central bankers have taken a much gentler policy path than in the 1980s so far.

“This is not the Volcker inflation,” said Alan Blinder, a former Fed vice chair who is now at Princeton University. “It’s a big problem, but not the kind of colossally big problem that Paul Volcker was facing.”

But while 2022 is not 1982, price increases are proving more stubborn and broad-based than expected. That could make it harder to contain them with only a gradual slowdown. The Personal Consumption Expenditures price index climbed by 6.2 per cent in the year through September, far higher than the Fed’s 2 per cent goal.

Monetary decision-making may become trickier in the months ahead. For now, officials appear united in the push to crush inflation. Keeping that consensus intact if real-world conditions take a turn for the worse could prove more difficult, especially if price gains are slowing.

In fact, making policy that is more Volcker than Burns is likely to require tough judgement calls. How much must inflation ease before the Fed can safely begin to cut rates? If the economy contracts sharply, can the Fed assume that price increases will stall?

As the possibility of having to inflict at least some economic pain looms, the 1980s experience is front of mind at the Fed. In late August, Powell concluded his most closely watched speech of the year with a declarative line: “We will keep at it until we are confident the job is done.” It was a clear reference to Volcker’s autobiography, which was titled “Keeping at It.”

If the Fed must hurt the economy to control inflation, Volcker’s experience could offer an extreme example of the type of backlash Powell might face.

The moves that Volcker’s Fed made were wildly unpopular. They sent unemployment surging above 10 per cent — far higher than it is expected to go this time around in even the most pessimistic projections.

Farmers circled the Fed building with tractors in protest. Car dealers sent keys in coffins. Builders sent two-by-fours from houses they could not build. Lawmakers accused Volcker of trying to ruin the nation and passed legislation demanding that he carry out his job differently. America named a recession after him.

But today, Volcker is revered at the Fed. And fear of repeating a mistake like the one Burns made runs deep.

Randal K. Quarles, who served as the Fed’s vice chair for supervision from 2017 to 2021, once accidentally summoned a freshly hired security guard to his office by bumping a panic button. The two men wound up discussing the paintings adorning the walls of Quarles’ office, including one by Burns. Despite his newness, the 23-year-old guard recognized the artist by reputation: That was the chair who let inflation get out of control.