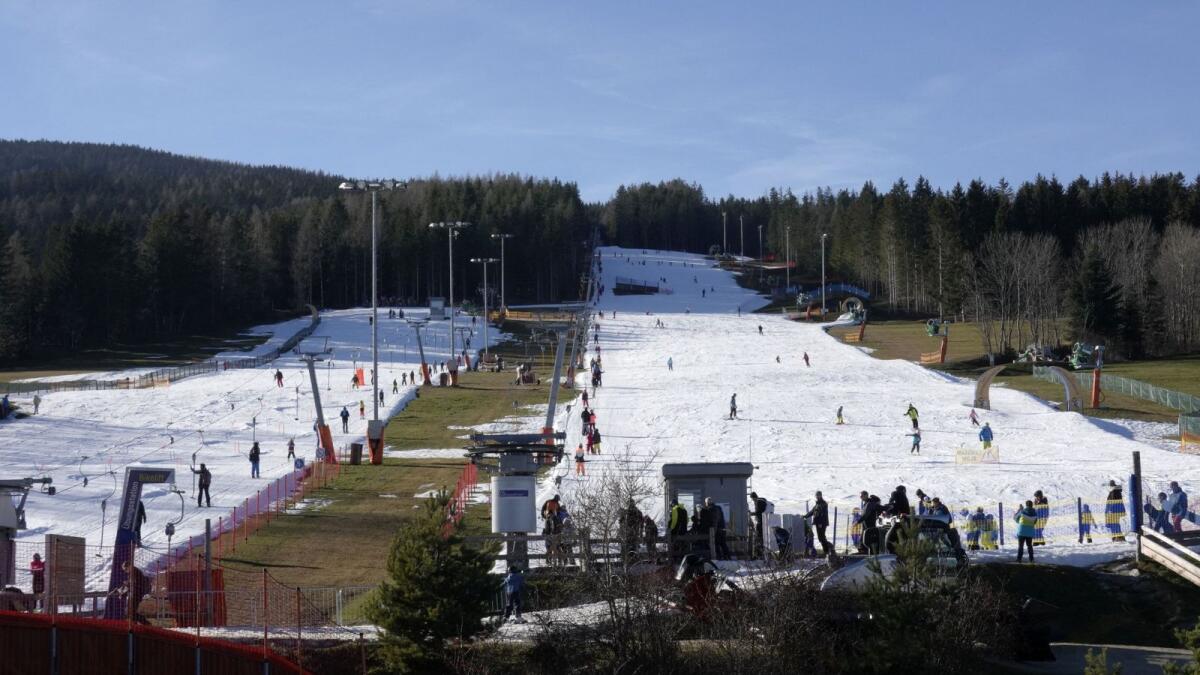 Record-high winter temperatures swept across parts of Europe over the new year, bringing calls from activists for faster action against climate change while offering short-term respite to governments struggling with high gas prices.

Hundreds of sites have seen temperature records smashed in the past days, from Switzerland to Poland to Hungary, which registered its warmest Christmas Eve in Budapest and saw temperatures climb to 18.9 degrees Celsius (66.02°F) on Jan. 1.

In France, where the night of Dec. 30-31 was the warmest since records began, temperatures climbed to nearly 25C in the southwest on New Year’s Day while normally bustling European ski resorts were deserted due to a lack of snow.

The Weather Service in Germany, where temperatures of over 20 degrees Celsius was recorded, said the mild turn of the year had never been observed in the country since 1881.

A serious forecast for the whole winter is not yet possible but the Service predicts a slightly [milder?] overall winter this year compared with the previous three decades, said Florian Imbery, head of the agency’s National Climate Monitoring Unit.

Czech Television reported some trees were starting to flower in private gardens while Switzerland’s office of Meteorology and Climatology issued a pollen warning to allergy sufferers from early blooming hazel plants.

The temperature hit 25.1C at Bilbao airport in Spain’s Basque country. People basked in the sun as they sat outside Bilbao’s Guggenheim Museum or walked along the River Nervion.

French tourist Joana Host said: “It’s like nice weather for biking but we know it’s like the planet is burning. So we’re enjoying it but at the same time we’re scared.”

Scientists have not yet analysed the specific ways in which climate change affected the recent high temperatures, but January’s warm weather spell fits into the longer-term trend of rising temperatures due to human-caused climate change.

Karsten Smid, a climate expert at Greenpeace Germany, said it was too late to make decisions to avoid such warm temperatures but measures should be taken to prevent even more drastic global warming.

“What’s happening right now is exactly what climate scientists warned us about 10, 20 years ago, and that can no longer be prevented now,” Smid said.

It follows another year of extreme weather events that scientists concluded were directly linked to global warming, including deadly heatwaves in Europe and India, and flooding in Pakistan.

“The record-breaking heat across Europe over the new year was made more likely to happen by human-caused climate change, just as climate change is now making every heatwave more likely and hotter,” said Dr Friederike Otto, climate scientist at Imperial College London.

Temperature spikes can also cause plants to start growing earlier in the year, making them vulnerable to being killed off by frosts, said Otto.

“When millions of people across Europe are experiencing a heatwave in January it might be time to completely end our society’s dependence on planet-heating fossil fuels,” Greenpeace UK said.

It struck during the busy skiing season, leading to cancelled trips and empty slopes. Resorts in the northern Spanish regions of Asturias, Leon and Cantabria have been closed since the Christmas holidays for lack of snow.

On Jahorina mountain above the Bosnian capital Sarajevo, which hosted the 1984 Winter Olympics, it should have been one of the busiest weeks of the season. Instead, the chair-lifts hung lifeless above the grassy slopes. In one guesthouse a couple ate dinner alone in the restaurant, the only guests.

A ski jumping event in Zakopane, southern Poland, planned for the weekend of Jan. 7-8 was cancelled.

The unusually mild temperatures have offered some short-term relief to European governments who have struggled to secure scarce gas supplies and keep a lid on soaring prices after Russia slashed deliveries of the fuel to Europe.

European governments have said this energy crisis should hasten their shift from fossil fuels to clean energy – but in the short term, plummeting Russian fuel supplies have left them racing to secure extra gas from elsewhere.

Gas demand has fallen for heating in many countries due to the mild spell, helping to reduce prices.

The benchmark front-month gas price was trading at 70.25 euros per megawatt hour on Wednesday morning, its lowest level since February 2022 – just before Russia’s invasion of Ukraine.

The head of Italy’s energy authority predicted that regulated energy bills in the country would fall this month, if the milder temperatures help keep gas prices lower.

However, a note by Euro intelligence cautioned that this should not lull governments into complacency or remove a sense of urgency about Europe’s energy crisis.

“While it will give governments more fiscal breathing room in the first part of this year, resolving Europe’s energy problems will taken concerted action over the course of several years,” it said. “Nobody should believe this is over yet.”