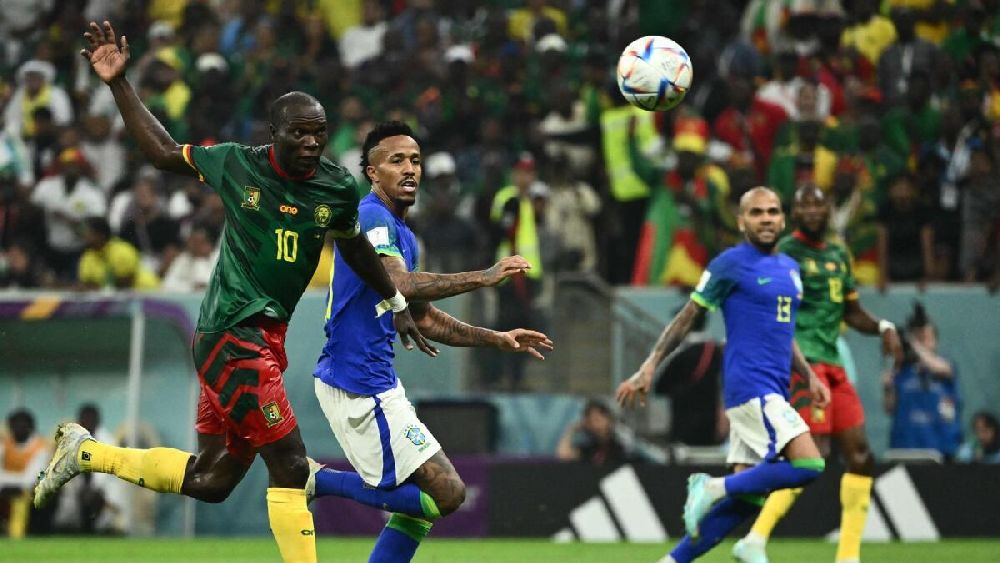 In another major upset, Cameroon stunned Brazil 1-0 in the final Group G game of the Qatar World Cup at the Iconic Lusail Stadium on Friday night.

Abubouker headed home a goal in the 92nd minute of the match to stun the five-time world champions.

Despite the unforgettable victory, Cameroon bowed out of the competition with four points and a third-place finish in Group G.

Brazil topped the group with six points from three matches, pushing Switzerland, which beat Serbia 3-2 in the other match, to second place.

Without the injured Neymar, Brazil found it hard to break down the tough-tackling Africans on Friday night.

Cameroon resorted to the long-ball tactics, and it was from one of those counter-attacks that they scored the only goal of the match.

In wild celebrations, Abubouker, the goal-scorer, took off his shirt, which earned him a red card as he was already on a yellow card.

With 10 men, Cameroon defended deep in the dying minutes to thwart the Brazilian attempts of finding an equaliser and completed their greatest victory in history since their famous 1-0 win over Diego Maradona’s Argentina in the 1990 World Cup.

Brazil, meanwhile, will have to pick up the pieces before they take on South Korea, which stunned Portugal earlier on Friday, for a place in the quarterfinals.