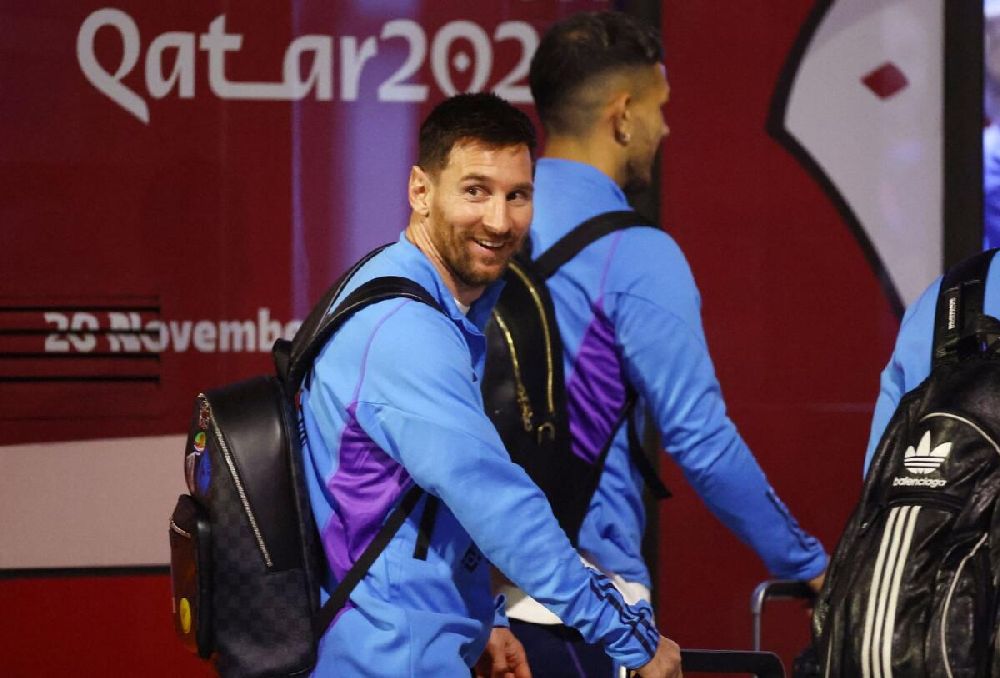 Argentina and superstar Lionel Messi arrived in Qatar for the World Cup early on Thursday, just hours after a 5-0 warm-up victory, while defending champions France have also touched down in Doha.

Messi, 35, has a sackful of trophies but the tournament in Qatar is likely to be his final chance to equal the achievement of fellow Argentine great Diego Maradona in leading his country to World Cup glory.

He landed with the Argentina squad in the Qatari capital Doha at 2:30am (2330 GMT, Wednesday) from Abu Dhabi where they had beaten the UAE 5-0 on Wednesday in a friendly in which Messi scored.

One of the favourites going into this year’s World Cup, the South Americans will begin their campaign on Tuesday against Saudi Arabia in Group C, which also includes Mexico and Poland.

The 1978 and 1986 World Cup winners extended their unbeaten run to 36 matches as Messi scored his 91st international goal.

Messi was cautious about the team’s chances in Qatar, even though they are among the favourites.

“We have a very nice group that is very eager, but we think about going little by little. We know that World Cup groups are not easy,” the seven-time Ballon d’Or winner said in an interview with CONMEBOL, the South American football federation.

France arrived in Doha on Wednesday, seeking to become the first team to retain the World Cup since Brazil in 1962.

Ten members of the 2018 title-winning squad are in the squad, including captain Hugo Lloris, Kylian Mbappe and Antoine Griezmann.

But the defending champions, grouped with Australia, Denmark and Tunisia, are without first-choice midfield pair Paul Pogba and N’Golo Kante.

Ballon d’Or winner Karim Benzema, who has missed a series of games for Real Madrid this season because of injury, is set for his first World Cup appearance since 2014.

The United States return to football’s top table after an eight-year absence and Christian Pulisic says this World Cup is an opportunity to change global perceptions of American soccer.

“That’s what we’re here to do,” Pulisic told AFP. “Maybe it hasn’t been the top sport or whatever back in the States.

“But we want to change the way that the world sees American soccer. That’s one of our goals.”

England supporters from India outnumbered fans from England nearly 10 to one as Gareth Southgate’s team rolled into their World Cup base on Tuesday.

The supporters said they were angered by reports in the British and French media that they were “fake fans”.

Sajidh, 29, said Indian football fans in Qatar had been “outraged” by reports suggesting they had been paid to wear the shirts of World Cup nations.

“It is purely fake news and I would like to say loud and clear that none of us have been paid in any way,” added Sajidh, who gave only one name.

“We are diehard England fans.”

World Cup organisers weighed in on the issue on Wednesday, saying supporters from across the world had contributed to the local atmosphere.

“Numerous journalists and commentators on social media have questioned whether these are ‘real’ fans,” they said in a statement.

“We thoroughly reject these assertions, which are both disappointing and unsurprising.”