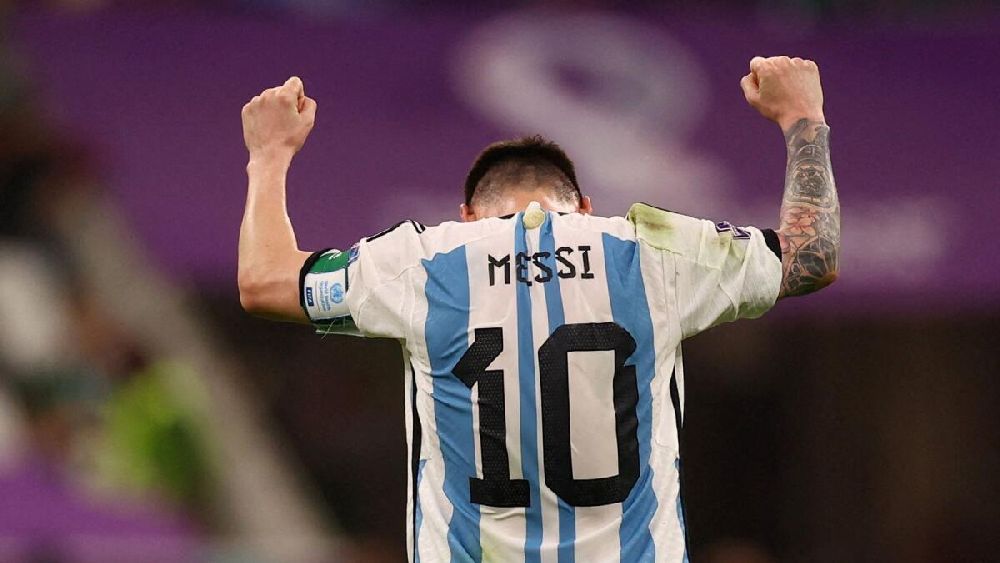 A shirtless Lionel Messi sang and danced with team mates beyond midnight into Sunday after leading Argentina to an emotionally-charged win over Mexico that revived his dream of a first World Cup title.

The dressing-room party scenes – Messi bouncing with both arms in the air, goalkeeper Emiliano Martinez dancing on a table – showed just how much this tournament means to Argentina and their captain in his fifth and final chance to lift the trophy.

Argentina have one of the most talented teams in Qatar, but they are under more pressure than most and are struggling to reproduce the free-flowing form of their three-year, 36-match unbeaten run before the tournament. 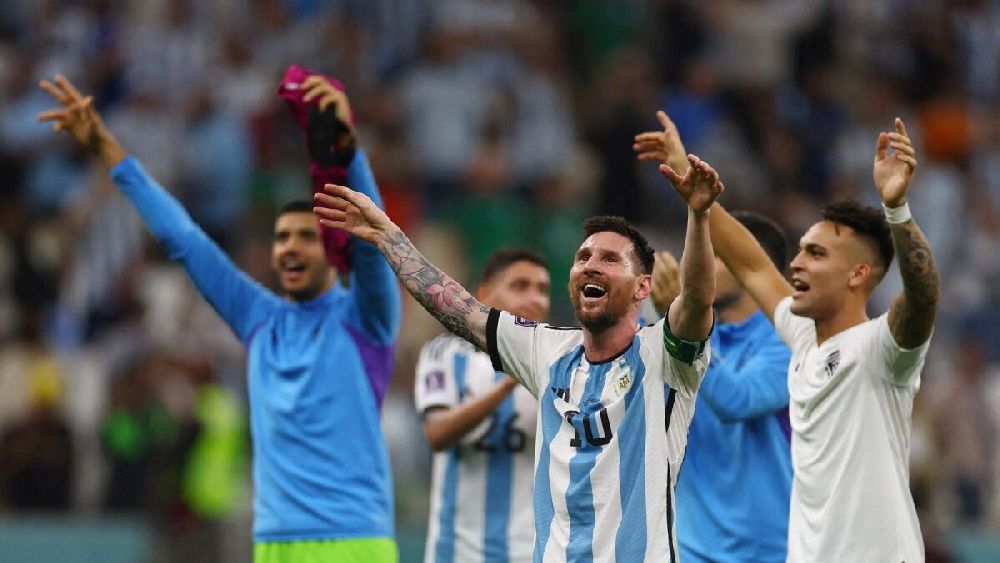 So it was understandable to see their release of tension after beating Mexico 2-0 to ignite their tournament after a shock opening defeat by Saudi Arabia. Though they laboured in the first half against Mexico, they celebrated as if they had won the World Cup itself.

“It’s a weight off our shoulders,” said the 35-year-old Messi, for whom this tournament is now the be-all and end-all of his dazzling career for club and country.

After scoring the first goal against Mexico, his second of Argentina’s three at the tournament, Messi charged towards fans screaming in joy. Assistant coach Pablo Aimar, who was Messi’s boyhood idol, fought back tears on the bench.

‘Messi and Maradona are one’

Argentines have sometimes struggled to warm to Messi, in part because he has not delivered the biggest trophy of all, but also due to his shy and quiet demeanour compared to the flamboyant clowning of their beloved former golden boy Diego Maradona.

Such ambivalence now seems firmly in the past, however, as Messi has shown over-and-over how committed he is to the shirt, not least when he collapsed in tears last year after leading the team to the Copa America title to end a 28-year trophy drought. 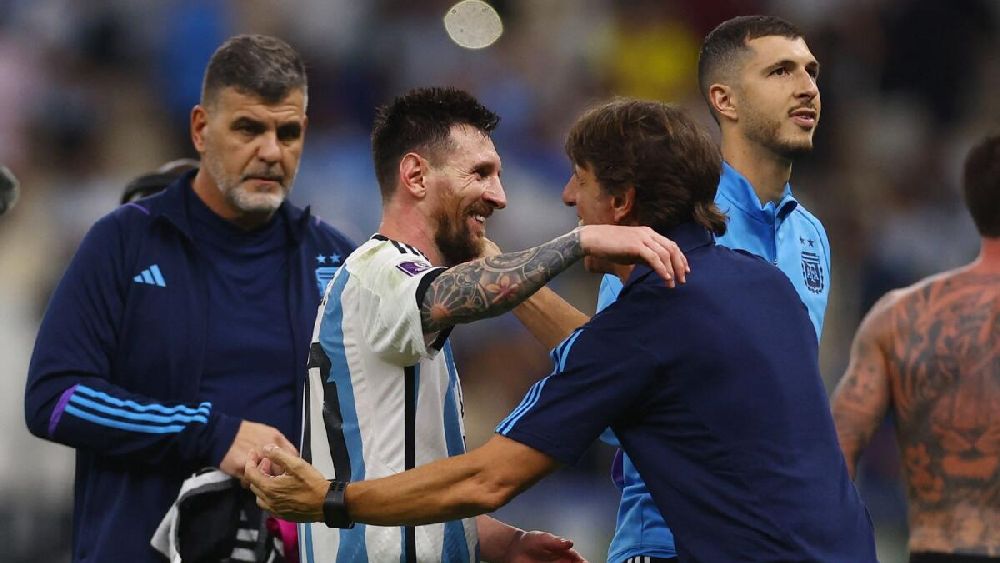 At last, there are more flags and banners with his name and face than of the late great previous No. 10. Many in fact show the two together, arm-in-arm, or Maradona looking beatifically down on Messi from heaven.

Should Messi go all the way, he will of course directly match Maradona, who led Argentina to a famous 1986 World Cup win including his famous “Hand of God” and best-ever tournament goals against England en route.

If he stumbles, however, he will stay in Maradona’s shadow but it seems he will anyway still be revered by Argentines, who have come to appreciate the passion and pain he has truly felt in the blue-and-white.

“Did you see how he ran to us and celebrated with us? This is our Messi. Now he is also our Maradona. They are one!” said Argentine fan Rodrigo Castro, 34, celebrating euphorically outside the Lusail Stadium into the early hours of Monday. 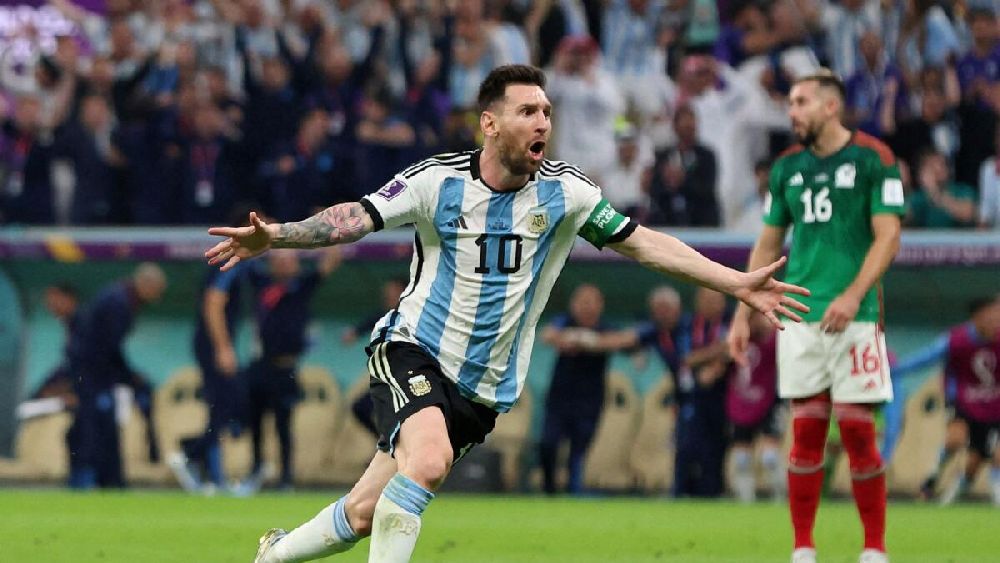 “It’s difficult to make people understand that tomorrow the sun will shine whether you lose or you win,” Argentinian coach Lionel Scaloni said, trying to make sense of the constant circus around his team.

“Happiness lasts only for some minutes. We need to find that emotional balance, whether we win or lose.”

Once the emotions die down, Scaloni must prepare for Poland in Argentina’s final group game when only a win would guarantee them passage to the knockout round and one step closer to fulfilling Messi’s dream.