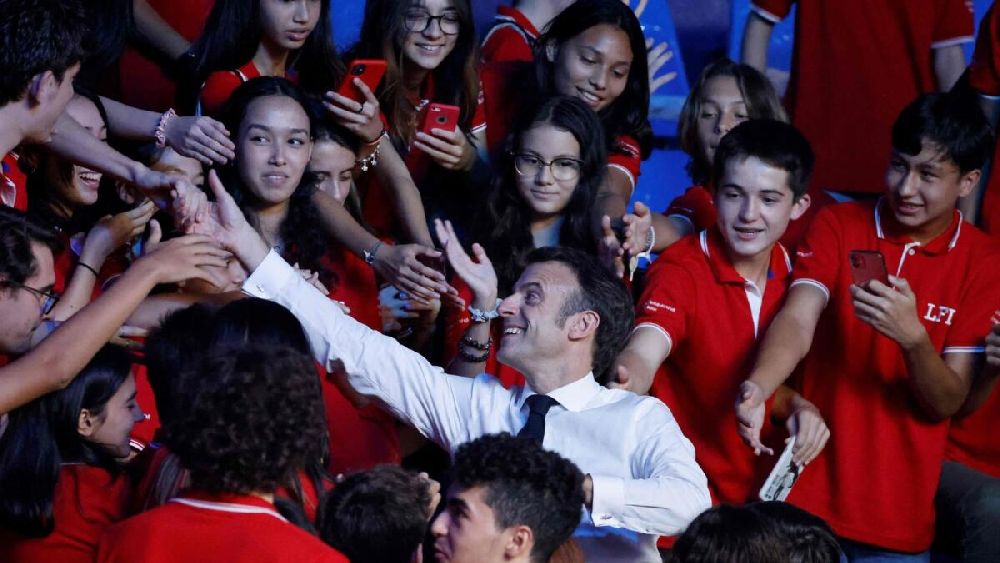 French President Emmanuel Macron waded into the controversy around Qatar’s hosting of the World Cup on Thursday, insisting that it was a bad idea to politicise sport.

“I think we must not politicise sport,” said Macron, whose national team are defending the title they won in Russia in 2018.

The 2022 World Cup, which kicks off on Sunday, has been dogged by controversy, including over human rights.

“These questions must be addressed when hosting the event is decided,” Macron told reporters in Bangkok, where he is attending a summit of the Asia-Pacific Economic Cooperation forum.

French football captain Hugo Lloris has said he will not join other European captains in wearing an anti-discrimination armband during the tournament. Lloris said he wanted to “show respect” to Qatar.

Macron, who will go to Qatar if France reach the semifinals, said it was “a very bad idea to politicise sport”, noting that France will host the Olympic Games in 2024.

Paris and some other French cities have said they will not show matches from Qatar on big screens as they normally do for major sports events.

But Macron rejected calls for a boycott of the tournament, made by former Bleus star Eric Cantona among others.

“I am not for a boycott of the World Cup. These questions should be put earlier, at the point where the (right to host) Games or competitions are awarded,” Macron said in a meeting with French students in Bangkok.

The president travelled to Russia in 2018 to see Lloris lift France’s second World Cup title with a 4-2 win over Croatia in the final.

France begin their defence of the World Cup trophy against Australia on Tuesday, before playing Denmark and Tunisia.