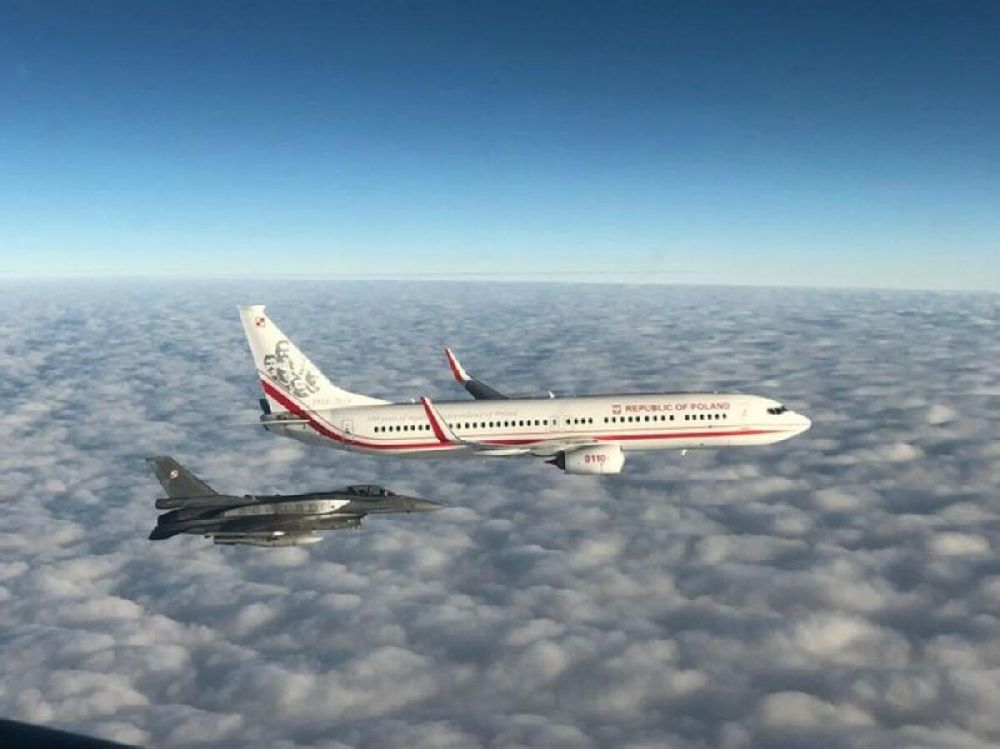 Robert Lewandowski and his Poland teammates enjoyed a special World Cup send-off accompanied by fighter jets but critics questioned the use of military resources.

Defence Minister Mariusz Blaszczak took to public radio on Friday to defend the decision to escort the team plane through Polish airspace the previous day.

“It’s a good sign showing support for our players,” he said.

Blaszczak on Thursday tweeted: “Our players are already on the way to the World Cup in Qatar. They are being escorted by F-16s to the border. Good luck!” .

He also posted a picture of the team’s plane flying next to an F-16.

Blaszczak said the escort was nothing more than regular pilot training.

“The most important assignment for our F-16 pilots is training, and such an exercise took place yesterday,” he said.