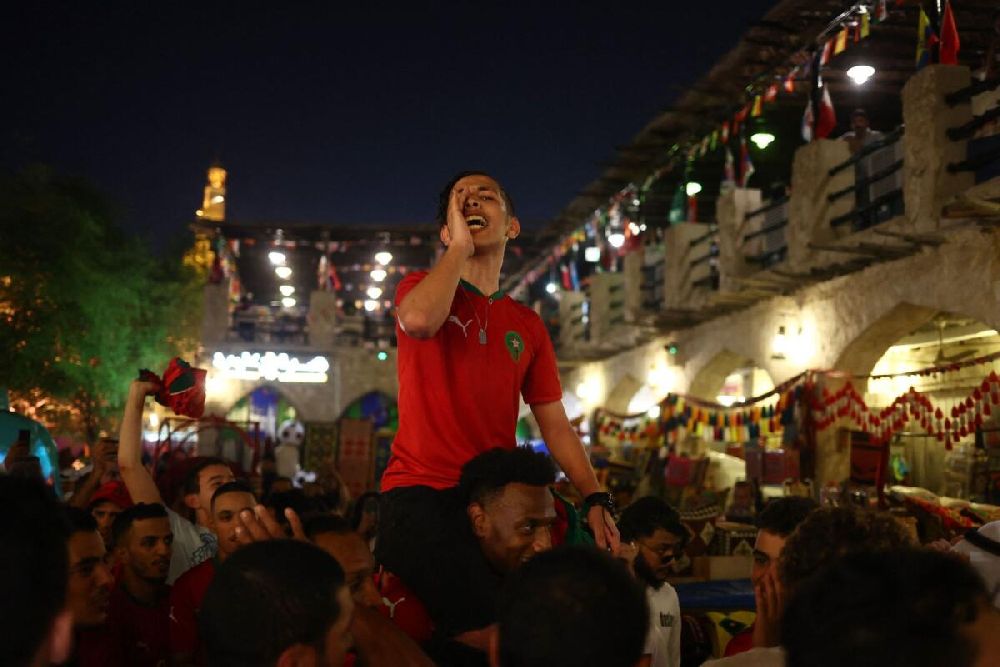 The giant murals of the footballing icons as well as the colourful hoardings in the Doha streets offer you only a glimpse into the efforts Qatar has taken to bring the World Cup to the middle-east region.

The fine artwork across the city is a prelude to the masterpieces Lionel Messi, Kylian Mbappe, Karim Benzema, Neymar, Cristiano Ronaldo, and the other marquee names are expected to deliver after 12 years of hard work, meticulous planning and incredible vision helped Qatar give shape to a World Cup in the desert.

The show begins on Sunday with the home team taking on Ecuador at Al Bayt Stadium, one of the eight state-of-the-art stadiums Qatar has built for this World Cup.

Fans haven’t yet swarmed the country with a riot of colours, but Purshottam, a cab driver who recently moved from India’s Hyderabad to Doha, has already got a whiff of things to come.

“In the last two days, I found several foreign customers from France and Germany. Coming from India where we only watch cricket, I never knew how big football was. But those fans that I met, they were amazing. They were already in their teams’ colours and singing in the taxi and waving their national flags,” Purshottam said.

The fan activities have been building up in the last couple of weeks and it’s going to reach an all-time high by the time we get to the peak stages of the group games.

Being a small country, Qatar offers a unique opportunity for the million-plus foreign fans to soak up the magical World Cup experience in one place.

While the past two World Cups in Brazil and Russia, two of the largest countries in the world, saw fans endure four-five hour-long flights to move from one city to another to follow their teams, here in Qatar, the longest distance between stadiums is just over 50 kilometres.

With each stadium connected to the wonderfully-built public transport system, fans can hop into the Metro and busses for free with their Hayya Cards.

Never has a World Cup seen a congregation of million-plus fans in such a compact place. If you are a true blue football fan, it would be intoxicating to sing and dance to the beats of supporters from other countries.

Ismail, a Qatari national, says he is incredibly proud of his leadership for putting his country in the highest echelons of world sports.

“Of course, it’s an occasion to be proud of for all of us as Qataris. We have been waiting so long for this moment to arrive. Now we can’t wait any more,” he said.

So is he going to the Al Bayt Stadium on Sunday for the opening match to support his team against Ecuador?

“No, actually I will be watching at home on TV,” he said.

“But you know what, I stay very close to the Al Bayet Stadium. So I am planning to watch the fireworks from the opening ceremony from the rooftop of my villa. It’s going to be an amazing experience for my family.”

It will indeed be an amazing experience on the ground too if the Qatari national team replicate their Asian Cup success on the big stage.

The reigning Asian champions have what it takes to make a serious challenge for a knockout berth from Group A against Ecuador, Senegal and the Netherlands.

If Qatar can draw inspiration from the Koreans and make a stirring run into the knockout rounds, it will be the icing on the cake for the whole region.