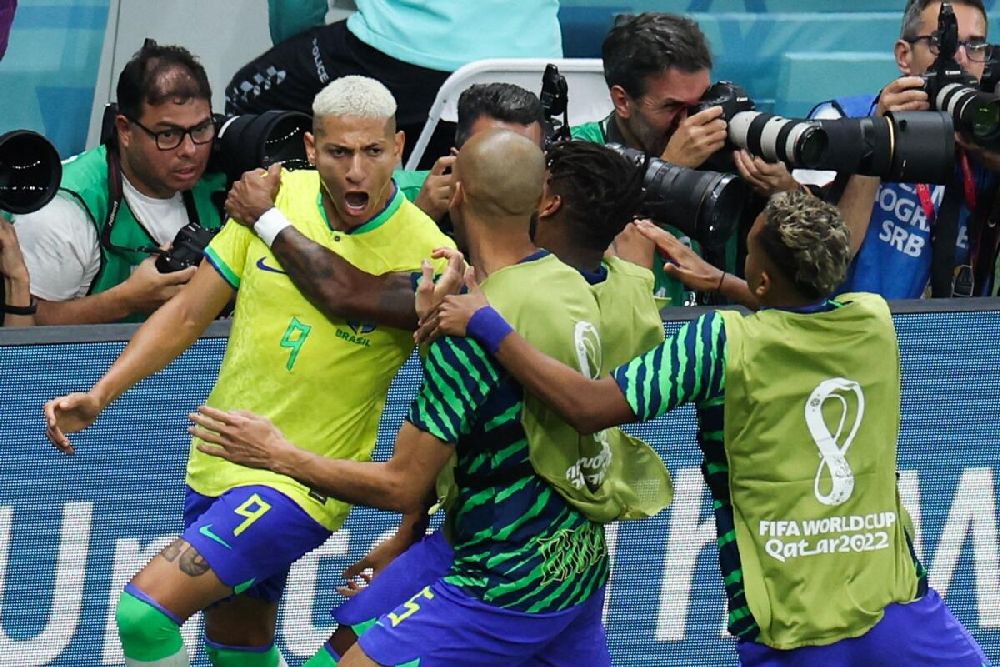 It was a game of two halves for Brazil at the Lusail Iconic Stadium on Thursday.

After a slow start in the first half, Tottenham striker Richarlison scored a brace as Brazil beat Serbia in the Group G encounter at the Fifa World Cup on Thursday.

Entering the tournament as the biggest favourites for the title in Qatar, the start-studded Brazilians were expected to turn on the style from the word go.

But the Serbians proved tough nut to crack in the first half, never allowing the free-flowing Brazilians the space to make those threatening runs in the final third.

Even Neymar found it tough to earn an opening as the Serbians put bodies behind the ball as though they were fighting for their lives.

Brazil continued to press hard for a goal in the second half, getting a better flow and movement in their attacks.

And eventually the first goal came in the 62nd minute when Neymar made a brilliant move from the left and found Vinicius Jr whose shot was saved by the Serbian goalkeeper.

But Richarlison was lurking inside the six-yards to turn the rebound in for Brazil’s first goal.

The goal did wonders to the Brazilian confidence as they began to pass the ball around with lot more energy and precision.

Nine minutes after the first goal, the second goal arrived and yet again it was that man, Richarlison.

Another move from the left saw Vinicius Jr who sent a cross into the box to the Premier League striker, who controlled the ball before turning and completing a volley.

If the first goal was scrappy, the second had a touch of Brazilian magic that had the 80,000 fans at the stadium on their feet.

It turned out to be a night to remember for Richarlison.

The 25-year-old striker became the first player from his country to score a brace on a World Cup debut.

After a difficult first-half, Brazil found their rhythm to end the match on a high, with one flowing move after another.

After France, England and Spain’s emphatic wins, Brazil showed, especially with their second-half performance, that they would be tough to handle in Qatar.