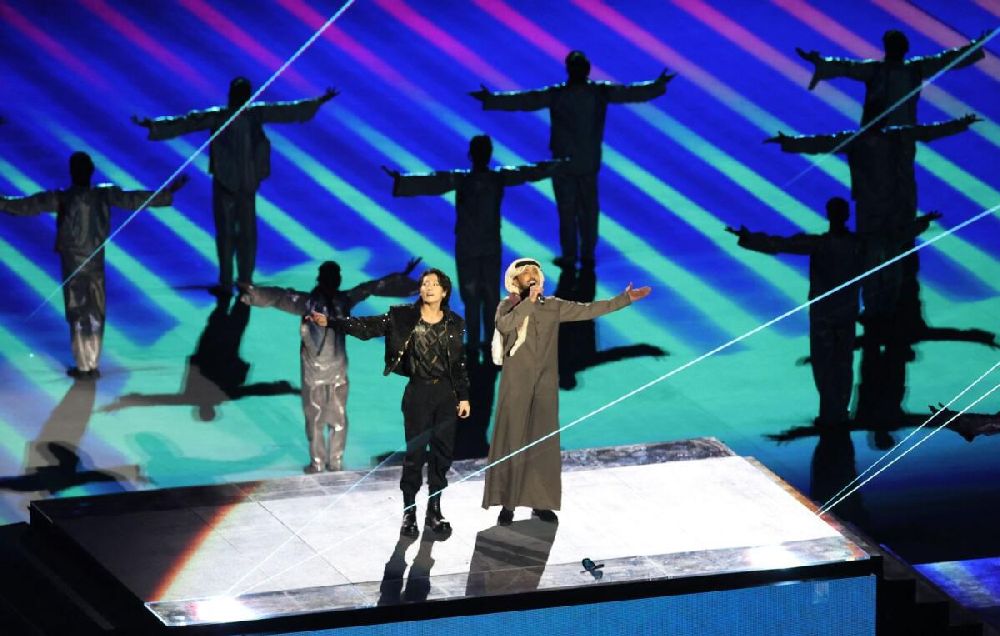 Notwithstanding the result on the pitch, Qatar kicked off the 2022 Fifa World Cup in unforgettable style and substance.

More than 60,000 fans soaked up a carnival-like atmosphere at the majestic Al Bayt Stadium as the World Cup host set the ball rolling with a spellbinding opening ceremony on Sunday evening.

Showcasing the rich Arabian culture in a splendid display of colours, artists performed to roaring applause from the crowd.

The traditional Arabian tents-inspired Al Bayt Stadium, which sits magnificently in the middle of a desert, witnessed a visual splendour as performers danced and sang in the middle of the pitch.

While each performance was greeted with roaring applause from the 60,000 fans at the stadium, the noise reached a crescendo when South Korean superstar Jung Kook took the centre stage and delivered a rocking performance.

Millions of people across the globe tuned in for the 30-minute opening ceremony of the first World Cup in the post-Covid-19 era.

The opening ceremony also offered its tribute to the beautiful game and the role it plays in bringing people together.

Sheikh Tamim bin Hamad Al Thani, the Emir of Qatar, said the 2022 World Cup, the first in the middle east region, is going to be an incredible experience for everyone.

“People of different races, nationalities, creeds and orientations will gather here in Qatar and around screens on all continents to share the same exciting moments,” he said at the opening ceremony.

“We will follow with the whole world, God willing, the great football festival in this open space for human and civilized communication.”

The Ecuadorian and Qatari fans certainly rose to the occasion, making it a true spectacle of colours and bonhomie on the eve of the opening match.

Fans started arriving as early as 2 pm local time, five hours before the start of the opening match.

Andres, an Ecuadorian fan, came from Germany for his team’s first match of the tournament against the home team.

“We have met so many fans since coming here. It is an amazing experience to be able to meet so many fans. It’s my first World Cup and it’s so amazing to be among these fans here,” Andres told the Khaleej Times as the home team fans took pictures with a group of Ecuadorian fans that were singing and dancing to the traditional beats.

But it wasn’t quite the result the Qataris were hoping for from their team as Félix Sánchez squad went down 2-0 to Ecuador on Sunday.

Enner Valencia, who was once chased on the field by police during an international match over a legal dispute with his ex-partner, was the hero of the opening night in Qatar.

It was his brace that earned Ecuador three points and the South Americans will now fancy their chances to reach the knockout stages of the tournament.

On Monday, there will be three matches as two giants of the game will be in action with England taking on Iran (5 pm UAE Time) and the Netherlands facing Senegal (8 pm UAE Time).

Meanwhile, Gareth Bale’s Wales will lock horns with USA (11 pm UAE Time) in the final game of the night.