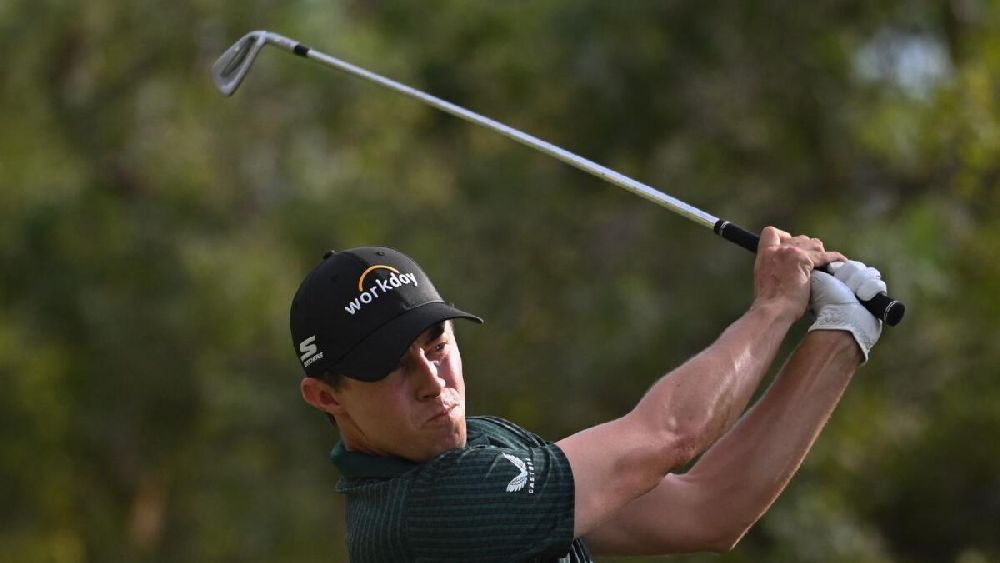 US Open champion Matt Fitzpatrick inched closer to the Race to Dubai title as he reached the halfway mark of the $10 million DP World Tour Championship tied in the lead with Tyrrell Hatton after both fired second round five-under par 67 scores on Friday.

At the Earth course of Jumeirah Golf Estates, the two overnight leaders, both from England, reached 12-under par 132, three shots ahead of Sweden’s Alex Noren (69) and Spain’s Adri Arnaus (68).

World No.1 Rory McIlroy (68), trying to become only the second player after Sweden’s Henrik Stenson to win the FedEx Cup and the Race to Dubai in the same season, picked up four shots in the last three holes to stay within a reasonable distance of the leaders.

Fitzpatrick and McIlroy, who went into the final event with a 128-point lead over second-ranked Ryan Fox, are just two of the seven players still vying to win the Race to Dubai.

Tommy Fleetwood, who needs to win this event and for McIlroy to finish outside the top three, is one stroke ahead of the Northern Irishman after firing a 70 while the Pole Adrian Meronk is two shots behind McIlroy after his 71.

Shane Lowry and Viktor Hovland both went round in 70 but appear to be out of the hunt, as is Fox who followed his first round 73 with a 72 to sit 13 off the lead.

Fitzpatrick’s only bogey of the tournament came on the 12th hole, while Hatton dropped three shots in his 67.

Both players had the chance to increase their lead even further on the par-5 18th hole, which was reachable in two from the forward tees, but had to settle for pars.

“The Race to Dubai was in the back of my mind, but to be honest, it wasn’t something I was really thinking about. My focus was just trying to win the event this week,” said Fitzpatrick, the world No.9.

“I feel like I’ve put two good rounds to start with and put myself in position and do more of the same and see where it gets me on Sunday.”

McIlroy turned around a very ordinary round with a birdie-birdie-eagle finish.

Even-par for the round following a bogey on the 15th hole, he shot a four-under par 68 and closed the gap against the leaders going into the weekend.

“I was calling myself all sorts of names after the 15th hole, but you feel better about yourself when you have that kind of a finish,” said the Northern Irishman.

“The first 33 holes have been quite average, to say the least.

“It was nice to finish with a flourish and at least have some positivity going into the weekend. I obviously got myself a little closer to the leaders.”

World No.29 Hatton, who is winless since his Abu Dhabi HSBC Championship title in January 2021, started well with five birdies in the first seven holes, but could not carry the momentum.

“I’m pretty happy with the score. I feel like I’ve generally played some pretty good golf,” said Hatton, who cannot become the DP World Tour number one even if he wins the tournament.