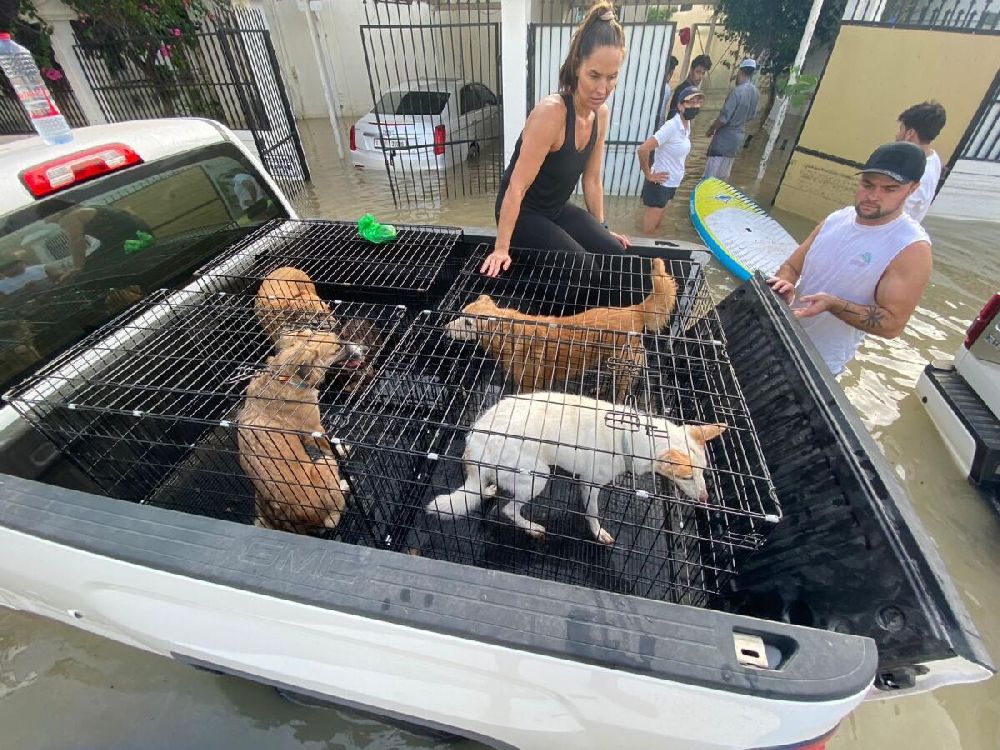 A group of volunteers worked for over ten hours to rescue over 50 shelter animals after torrential rain in Fujairah left them stranded.

Lorna Bancroft received a call from Michelle Francis, founder of shelter home Animals and Us Fujairah (AAUF), saying she was stuck with several dogs and cats after the bottom floor of their villa was engulfed in water.

She immediately rounded up her friends Alex, Mike, Ben and Chante and headed to Fujairah.

“My friends have huge SUVs that could navigate the high waters,” she said. “We also brought paddle boards to transport the animals without carrying them.”

Stuck in the rain

For Michelle Francis, the experience was one of the most terrifying in her life.

“On Tuesday, as the rain kept falling, our entire bottom floor was submerged,” she said. “Our 700-litre fridge was floating. My son moved all our animals to the top floor.”

She tried to call for help, but it was difficult with no internet, electricity and limited road access. Her older son lived in a different house and moved into a cramped, relatively dry corner to keep the animals safe.

“He is someone who never panics,” she said. “But for the first time, I could hear the fear in his voice. He was six feet tall, and the water reached his neck.”

Desperate for help, Francis called Bancroft, who had previously helped out at AAUF. Her friend Fiona posted on social media, and her sons reached out to their friends. Soon they had a group of people ready to help. 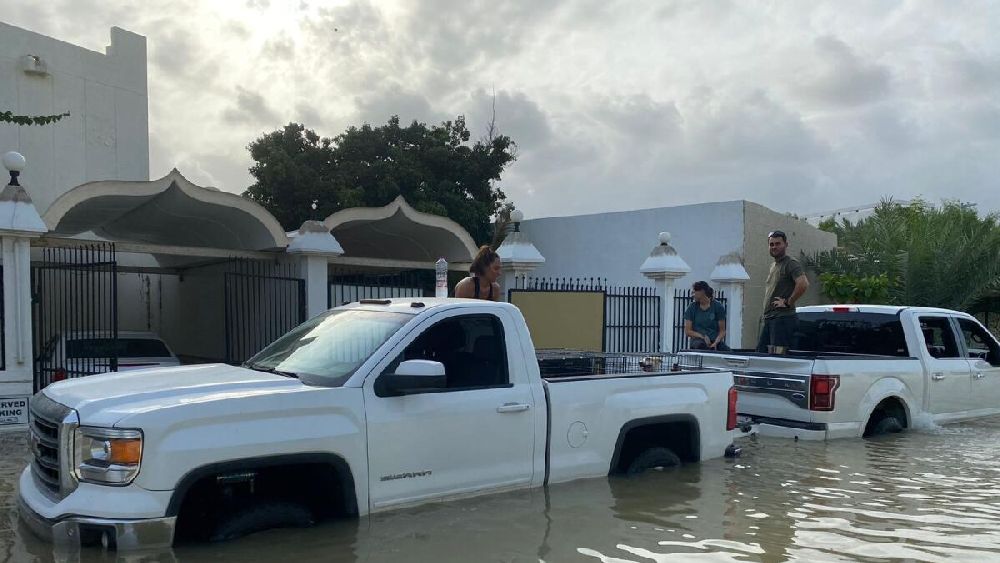 When Bancroft and her friends got there, the water was almost five feet high, and the villa was hard to access.

“We had to slowly make our way to the front of the villa,” said Bancroft. “We got stuck several times because parts of the road had been washed away. Luckily we were able to push through.”

Francis, her volunteers, and Lorna’s group took turns walking to the villa’s front door and transporting the cages back to their SUVs. The group did the same at several other homes that housed many animals.

More than 50 cats and dogs were then transported to a temporary shelter. The entire operation took 10 hours to complete. The group also managed to rescue two stray dogs from the street on their way to the shelter.

“The dogs and cats were wet and scared,” said Bancroft. “However, I am glad we were able to rescue each one of them.”

Two weeks ago, Francis received a call about 50 abandoned dogs and puppies in a barn in Fujairah. It was one of the most extensive operations since establishing AAUF in 2017.

With a suspected distemper outbreak and several of them showing signs of being extremely sick, none of these dogs were fit to be accommodated within the current premises of AAUF. When the rains hit, these animals and others were housed in various homes, including Michelle’s, her brother’s, and her son’s homes.

What was already tricky for Francis got much more difficult with the floods. Luckily for her, the AAUF shelter, which houses over 300 animals, was not as severely affected as her home.

In the face of this unprecedented flood, the AAUF needs all the help it can get. Currently, the shelter needs: