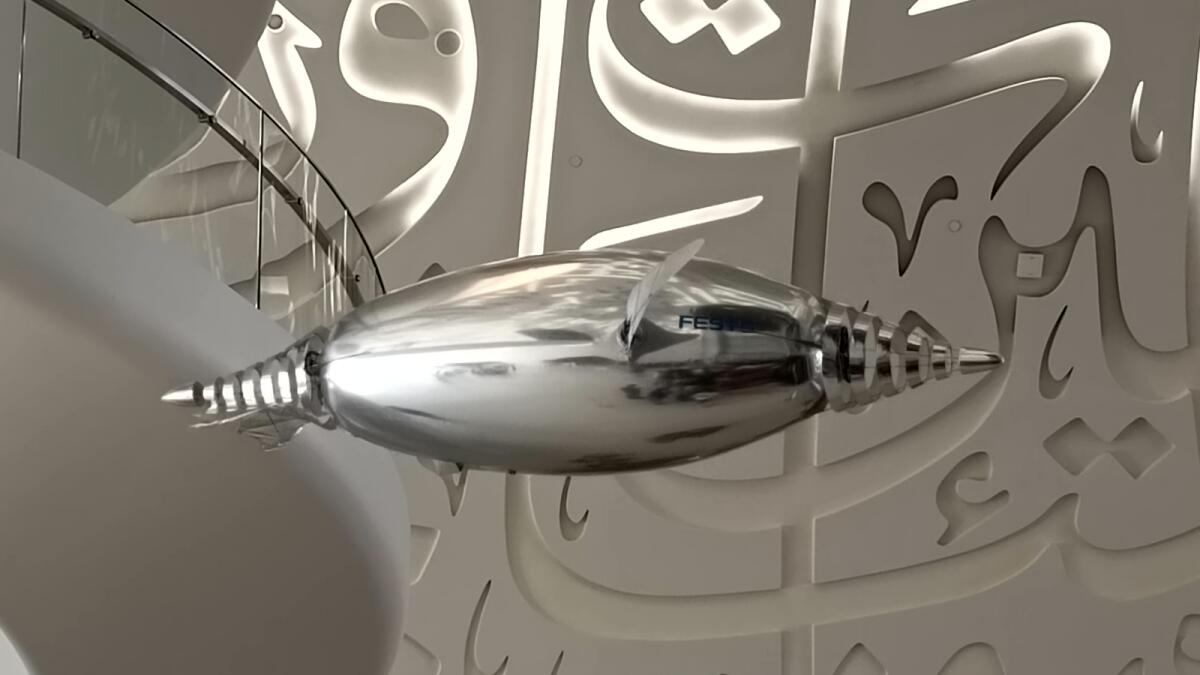 The AI chatbot ChatGPT has rocked social media, even prompting the academe to raise some red flags. With its witty and impressive answers, this particular bot did acquire celebrity status in the tech world. Remember how it wrote a verbose leave of absence letter Shashi Tharoor-style?

ChatGPT does show how AI and bots could serve real-life needs. In Dubai, however, there’s a family of robots already on duty — welcoming thousands of people to Year 2071.

These robots — which live at the Museum of the Future — are very approachable, and by interacting with them, visitors can get a glimpse into a world where bots are part of everyday life.

On the second floor of the museum, the ‘Tomorrow Today’ exhibition continuously showcases innovations that can change the world. It is a testament to what collaboration between researchers and designers can produce.

Amongst the elements of the future in the museum are the ever-growing and changing robot family. Let us introduce the main ones to you:

The Flying Penguin and Jelly Fish

Upon entering the museum, visitors will likely be greeted by one of the museum’s welcoming robots: the flying penguin or jelly fish. The robots even come closer if one waves. Standing in the queue will never be tiring with those friendly robots flying around. When we visited the museum, we only saw the Flying Penguin – but we’re told the Flying Jelly Fish is just as delightful.

This AI-powered humanoid robot is one of the world’s most advanced human-shaped robots. It features a human-like face and robotic body. Right in front of Ameca is a microphone for visitors to ask her questions, and she responds – sometimes with a sense of humour too. Ameca does say a few greetings in Arabic but admits she speaks no Arabic – yet. We think that in no time, her Arabic will be quite fluent! You can find Ameca on Level 2 as part of the ‘Tomorrow Today’ experiences.

Robodog: The non-furry but lovable canine.

This four-legged dog has 3D vision and 17 joints. Visitors can interact and play with Robodog as it greets them in the lobby. The dog uses 360 degree perception and can balance on uneven surfaces. 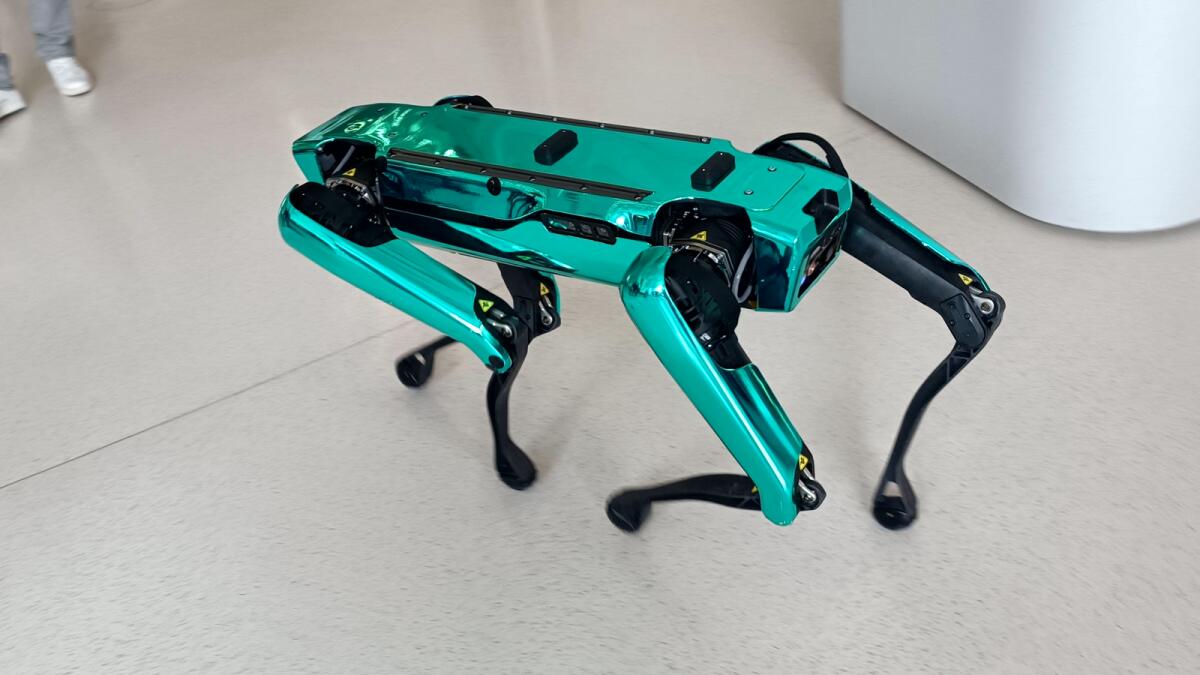 It walks, hops and even does, much to the joy of onlookers, what we think is a little canine-dance. Robodog has no name yet, but the Museum has asked people to suggest names on their social media pages.

Bob is a robotic barista arm who makes the most perfect cup of coffee with zero human intervention. Orders are placed via an app and in his glass working place, you can see the arm move around picking up the right cup, pressing the right buttons. Bob then patiently waits, stretches and almost ‘poses’ for the pictures before picking up the ready cup of coffee and placing it for the customer to pick up.

“The future belongs to those who can imagine it, design it, and execute it.”

This is one of three quotes of His Highness Sheikh Mohammed bin Rashid Al Maktoum, Vice-President and Prime Minister of the UAE and Ruler of Dubai, which adorn the façade of the Museum of the Future. Indeed, inside the museum, the future is imagined and brought closer to people living in the here and now.