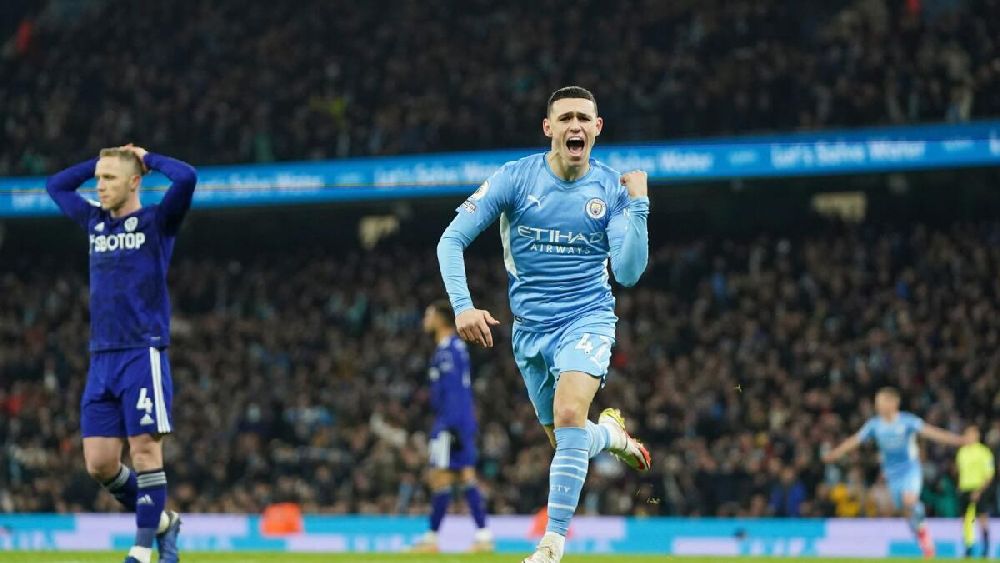 Phil Foden is eying more success at Manchester City after extending his contract with the Premier League champions until 2027 on Friday.

The 22-year-old has already won nine major trophies since coming through the City academy.

Foden has scored 52 goals in 182 games since being handed his debut by Pep Guardiola in 2017.

Seven of those goals have come in a bright start to this season, including a hat-trick in City’s recent 6-3 thrashing of Manchester United.

“It’s hard to put into words how happy I am to have signed this contract,” said Foden. “It’s a dream come true.

“I’ve improved a lot in recent years and so much of that is down to Pep and his staff, who guide me every single day on the training field.

“Working with them gives me the best chance of improving even more and becoming the best player I can be.

“With the squad we have here, I feel I can keep learning and winning trophies. Those are the two most important things to me.”

City’s director of football Txiki Begiristain believes the midfielder can become one of the best players in the world should he continue to progress as he has in recent seasons.

“We are all so proud of Phil and what he has achieved already – but we know there is so much more to come,” said Begiristain.

“His natural talent and ability are obvious, but his hard work, professionalism and dedication make him really special.

“We feel he can progress further and become even better. By signing this contract, he now has stability and can focus absolutely everything on becoming one of the best players in the world.”