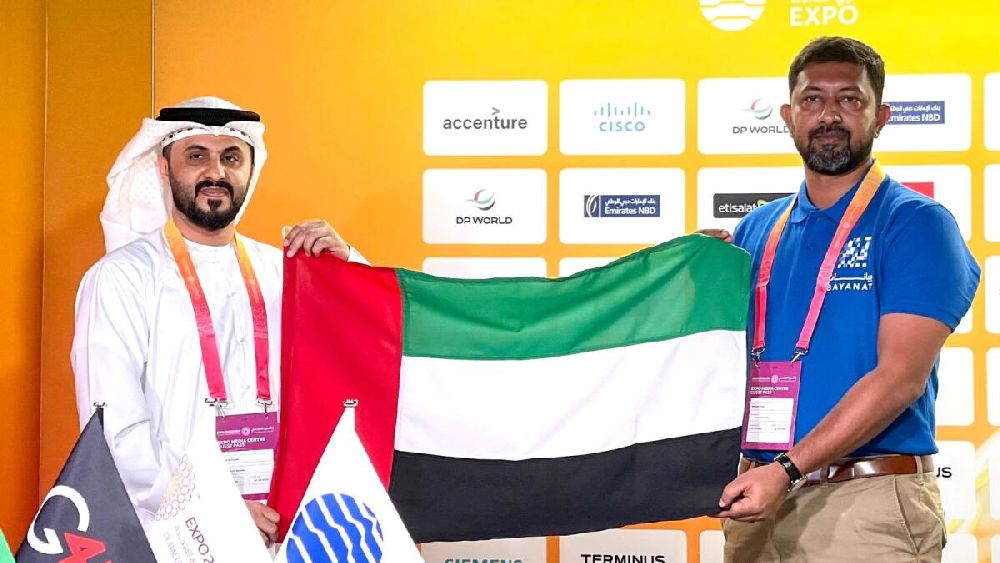 A retired Indian navy officer will attempt to sail solo across the world in a UAE-registered boat without using GPS or satellite technology, in one of the most gruelling and longest sailboat races in the world.

Commander Abhilash Tomy will sail in a boat named Bayanat, representing the Abu Dhabi-based G42 company that will sponsor him in his attempt to win the prestigious Golden Globe Race (GGR) 2022.

The race that spans approximately 60,000 kilometres will take around eight months to complete and is considered as one of the toughest as sailors are not allowed to seek help from anybody or use any technology that existed after 1968, which includes GPS, satellite phones or auto pilots.

“It is a big honour for me to be entrusted with the responsibility of sailing a UAE registered boat around the world,” said Tomy, who joined Indian Navy in 1996 took a voluntary retirement in January 2021.

“When I compete, I believe this will be the first UAE registered boat to sail around the world without stopping anywhere and with just one sailor onboard,” said the officer who specializes in maritime reconnaissance, and has sailed over 100,000 kilometres. He has also participated in several global challenges including the Cape Town to Rio Race in 2011, the Spanish Copa del Rey Race in 2014, and the Korea Cup in 2015 and 2016.

The race begins on September 4, 2022, from Les Sables-d’Olonne located on the western coast of France. Tomy will race under number 71, the year in which the UAE was founded, and will carry both UAE and India flags.

“The race will take you through five oceans through some of the remotest corners of the planet. And you have to do it without stopping anywhere and taking anybody’s help enroute. So, officially I believe this is the most difficult challenge known to mankind. And you must come back to the point where you started,” said Tomy during a press conference at Expo 2020 on Tuesday to announce his participation.

So far, only 79 people have completed the task, and this is Tomy’s second attempt.

His first participation in 2018 to sail solo ended with an accident on the 78th day at sea when his boat was rocked by violent storms, and he had to be rescued.

“I broke my spine in four places. And I could not eat or move,” recounted Tomy.

“The sad thing is I was in third position when the accident happened. If I competed, I would have definitely be on the podium.”

After his rescue, he said that Indian Prime Minister Narendra Modi called him to enquire his health and he had told him that he will be back in the race soon. “Now I am an entrant again and I am going to fulfill the promise”.

Speaking about the challenges of having to navigate the sea without any technology, Tomy said that is the toughest part.

“You cannot get any weather updates. You cannot be in touch with the family. You have to rely on celestial navigation which includes very accurate observation of the sun, moon and the stars. You need to do a series of calculations where you are solving spherical techno metric problems to figure out where you are,” he said.

Bayanat’s CEO Hasan Al Hosani said there was no better dream that his company could have supported.

“The determination and the courage that’s required to do this is something that resonated with us. Bayanat’s support of Abhilash’s participation in GGR 2022 demonstrates our continued commitment towards research and development, and in supporting extraordinary human achievement,” said Hosani. Bayant, which is part of G42 Company.

“As a business, we offer geospatial solutions that drive national digital transformation with emphasis across mobility, sustainability and environmental protection, and thus we see our partnership with Abhilash as a perfect pairing.”

During his journey, Abhilash will aid in ongoing scientific work, including the collection of water samples which can be analysed for up-to-date insight on the presence of microplastics in the world’s oceans.

In addition, a small section of Abhilash’s sailboat will be painted with a special paint which will serve as a reflectance target for satellites, representing a one-of-a-kind opportunity to collect calibrated data during the race, said Hosani.