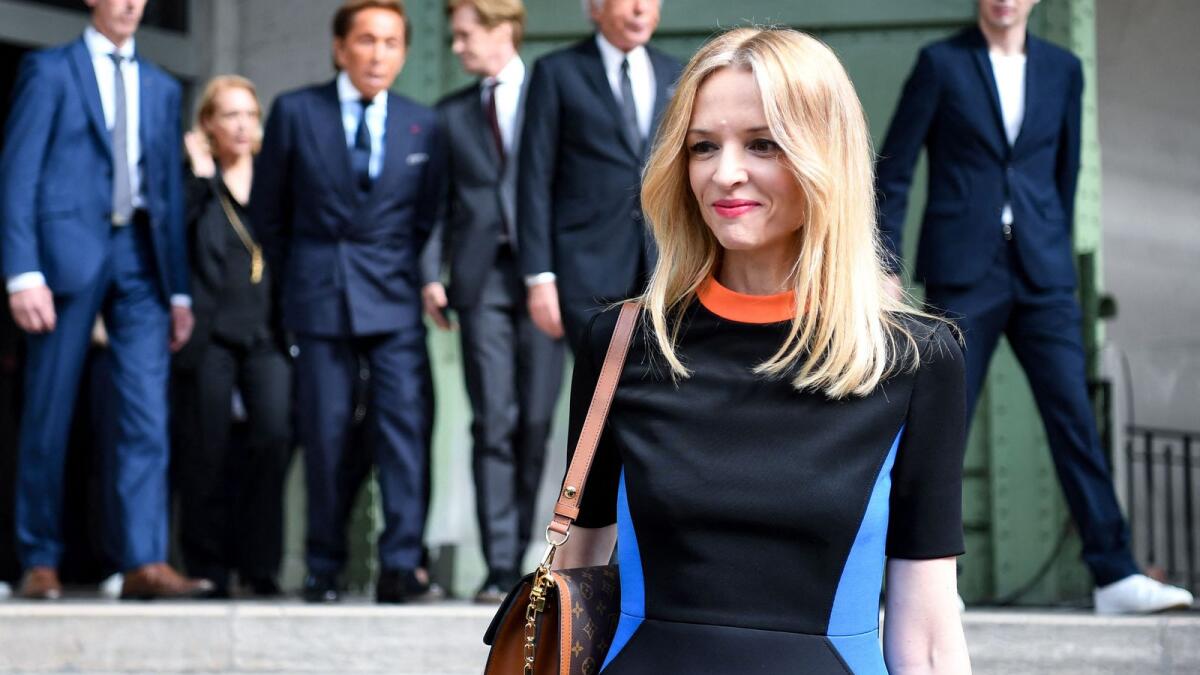 Bernard Arnault said the appointment of Delphine, a top executive at Louis Vuitton, as head of Christian Dior Couture is the “continuation of a career of excellence in fashion and leather goods”.

Under her direction, Louis Vuitton was able to “fly from record to record” and her “sharp eye and incomparable experience will be decisive assets in the continued development of Christian Dior”, Arnault said in a statement.

She will succeed Pietro Beccari, who will replace Michael Burke as head of Louis Vuitton, the world’s leading luxury brand in terms of sales, famous for its handbags bedecked with the initials “LV”.

Bernard Arnault praised Beccari for his “exceptional work” as head of Dior over the past five years.

“Nobody doubts that he will lead Louis Vuitton towards even greater desirability and success,” he said.

Arnault also congratulated Burke for his “great job” during 10 years at the helm of Vuitton, which helped to “widen the gap with our competition”.

Burke will take up a new position alongside Bernard Arnault.

Arnaud Cadart, portfolio manager at the Paris-based asset management firm Flornoy, said the appointments of Beccari and Delphine Arnault were “clear signs of trust” and a “desire to keep a balance between outside people and Arnault family members”.

Beccari, who joined LVMH in 2006, is taking over a “strategic house” while Delphine Arnault is heading “another jewel of the group”, Cadart said.

Delphine Arnault has “proven herself by doing a big and good job at Vuitton”, he said, calling the move a “major appointment”.

The management changes will be effective on February 1.

Arnault, 73, overtook Musk on the Forbes and Bloomberg lists of the world’s top billionaires late last year, with Forbes putting the clan’s net worth at $200 billion.

Arnault’s five children all have top jobs at LVMH.