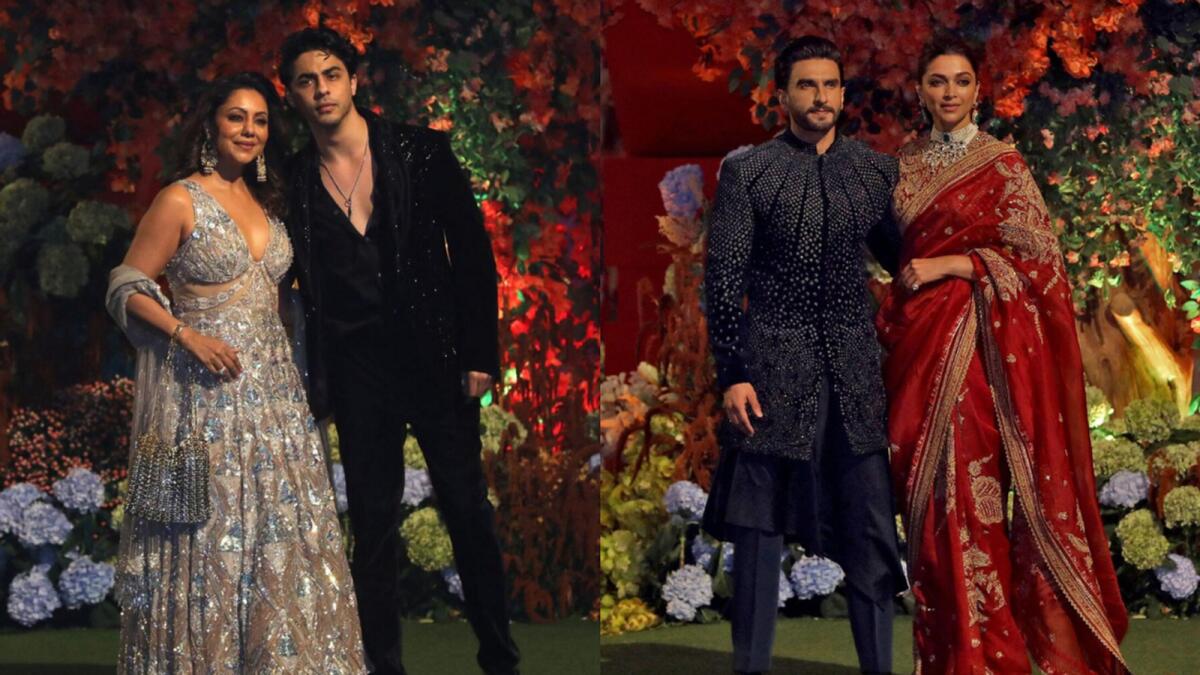 Several Bollywood celebs marked their presence at the grand event hosted at the Ambani’s residence in Mumbai. 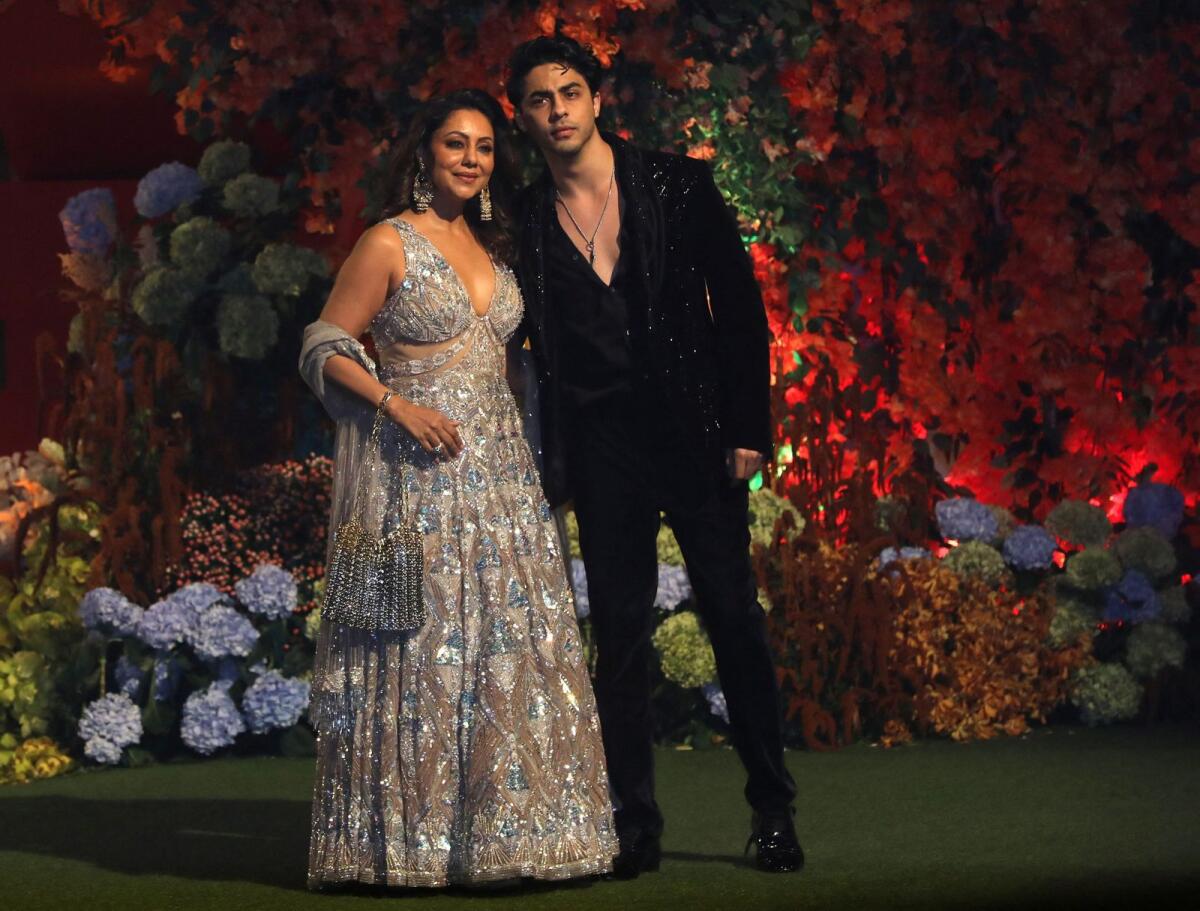 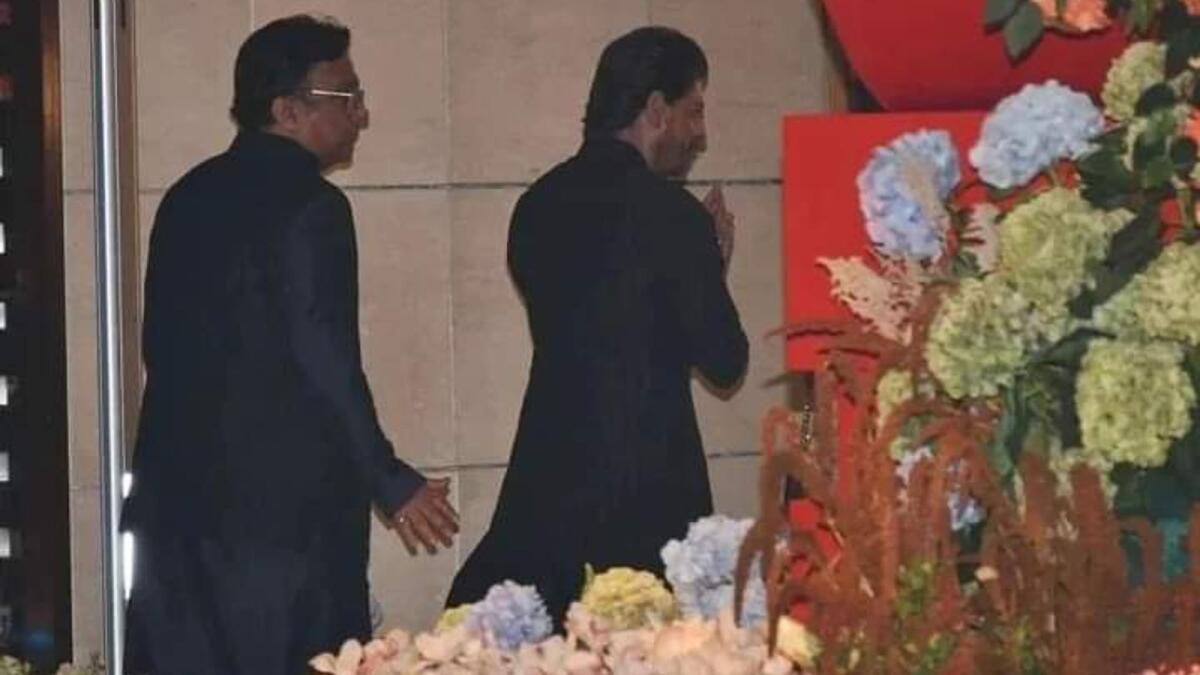 Actor Shah Rukh Khan arrived at the grand ceremony along with his wife Gauri Khan and son Aryan Khan. The Chak De India actor avoided the media but was captured entering the Ambani’s residence in a traditional black outfit. Aryan, on the other hand, was seen posing with his mother Gauri Khan in an all-black suit. Gauri looked extremely beautiful in a silver lehenga. 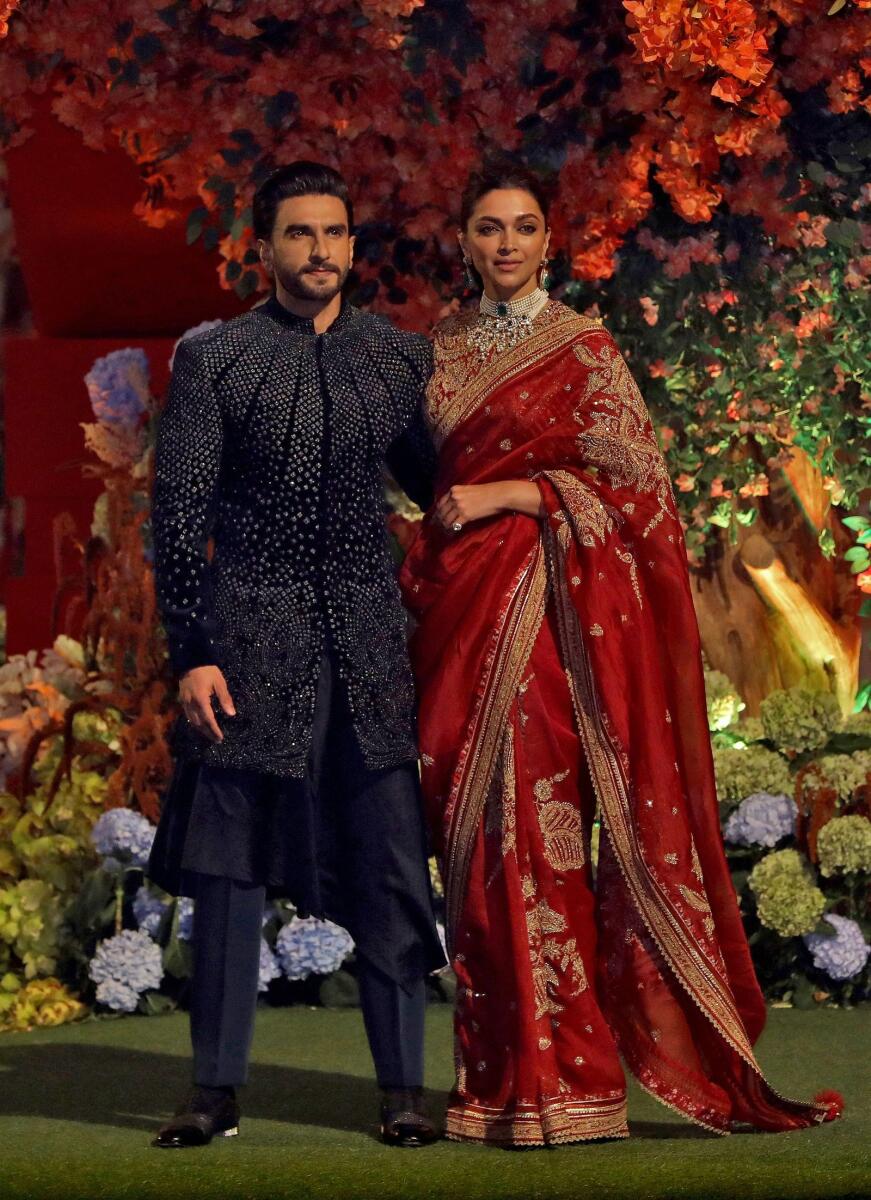 Power couple Ranveer Singh and Deepika Padukone turned heads at the engagement ceremony. The Piku actor looked drop-dead gorgeous in a red saree. She tied her hair into a bun. Ranveer, on the other hand, was seen in a dark blue sherwani. 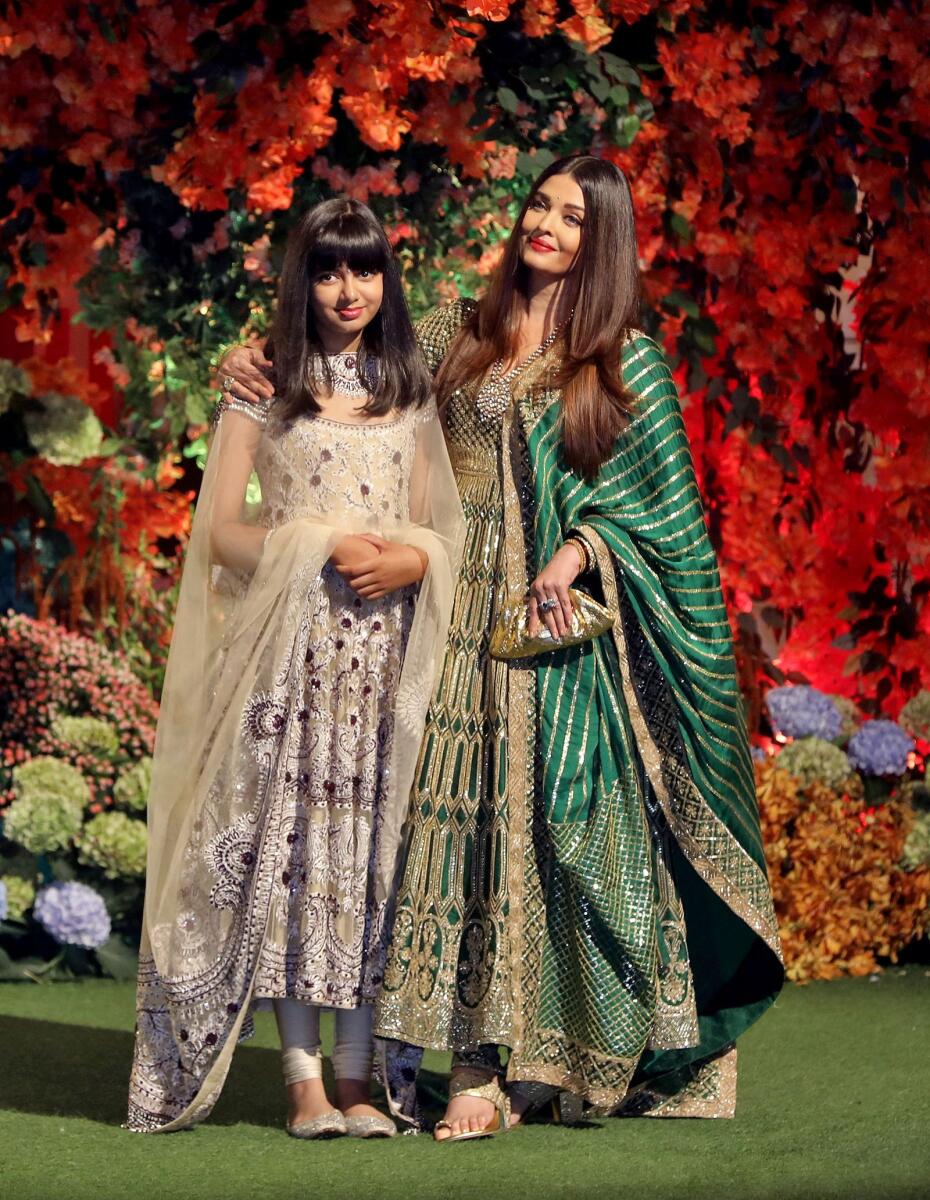 Actor Aishwarya Rai Bachchan was spotted at the ceremony along with her daughter Aaradhya and the mother-daughter duo were twinning in traditional attires. The Jodhaa Akbar actor looked gorgeous in a golden and green suit. She kept her hair open and make-up heavy. Aaradhya, on the other hand, was seen in an off-white shimmery suit. 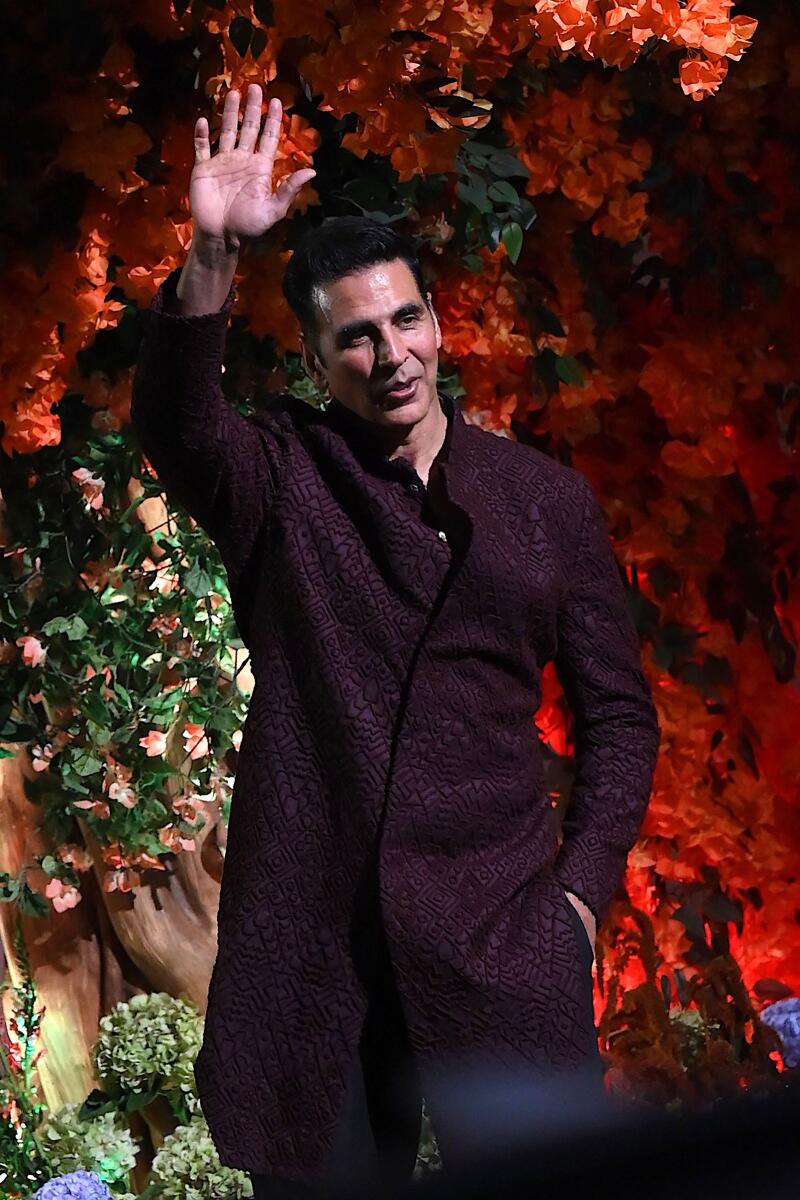 Actor Akshay Kumar donned a maroon sherwani and was seen posing in front of the paps. 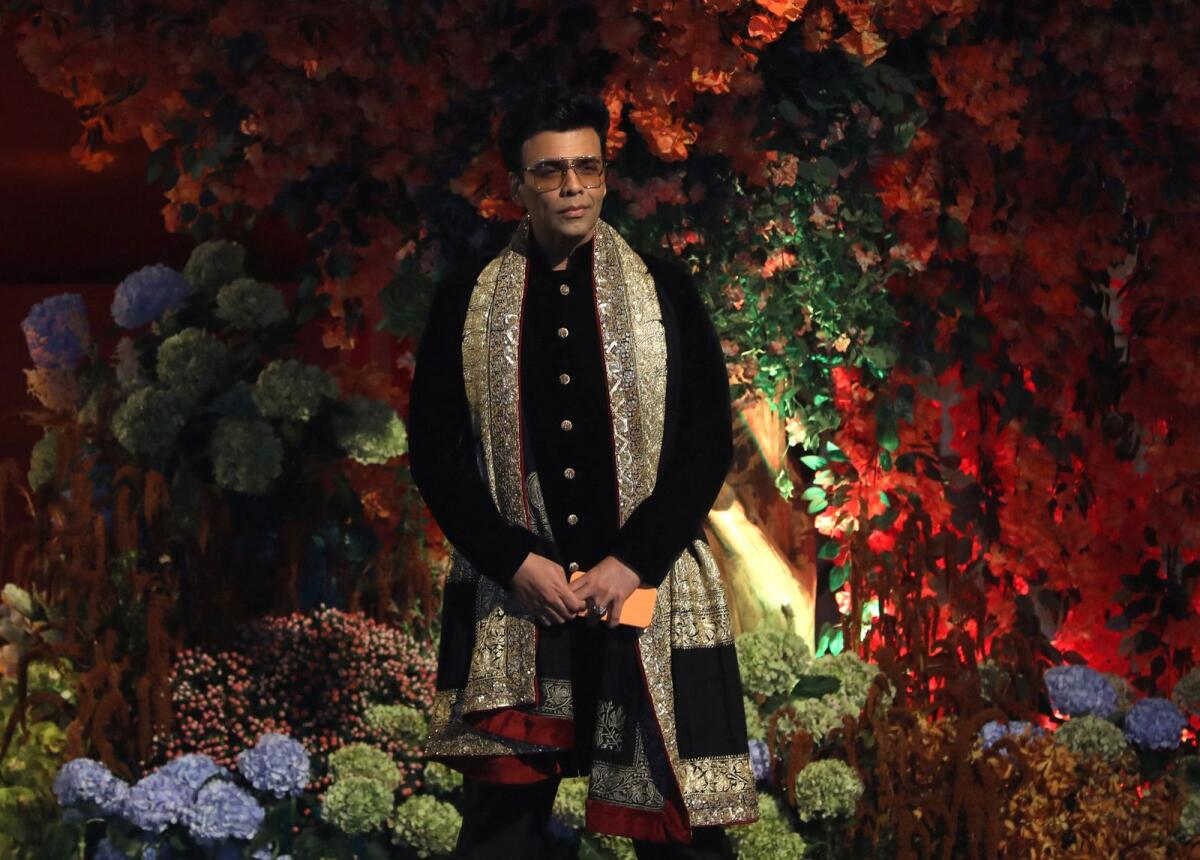 Bollywood ace director and producer, Karan Johar opted for an all-black sherwani with a colourful shawl on his shoulder. 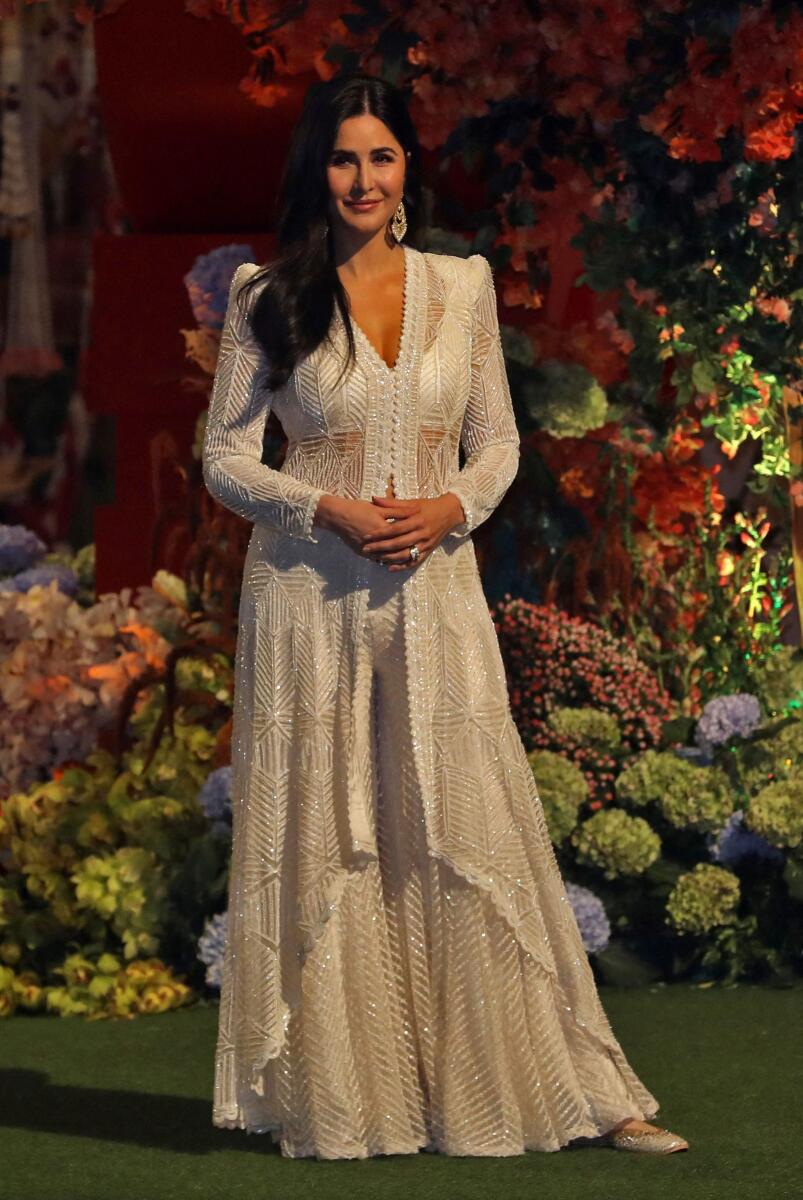 The Brahmastra director Ayan Mukerji arrived at the grand celebration in a maroon pyjama kurta along with a matching Nehru jacket. 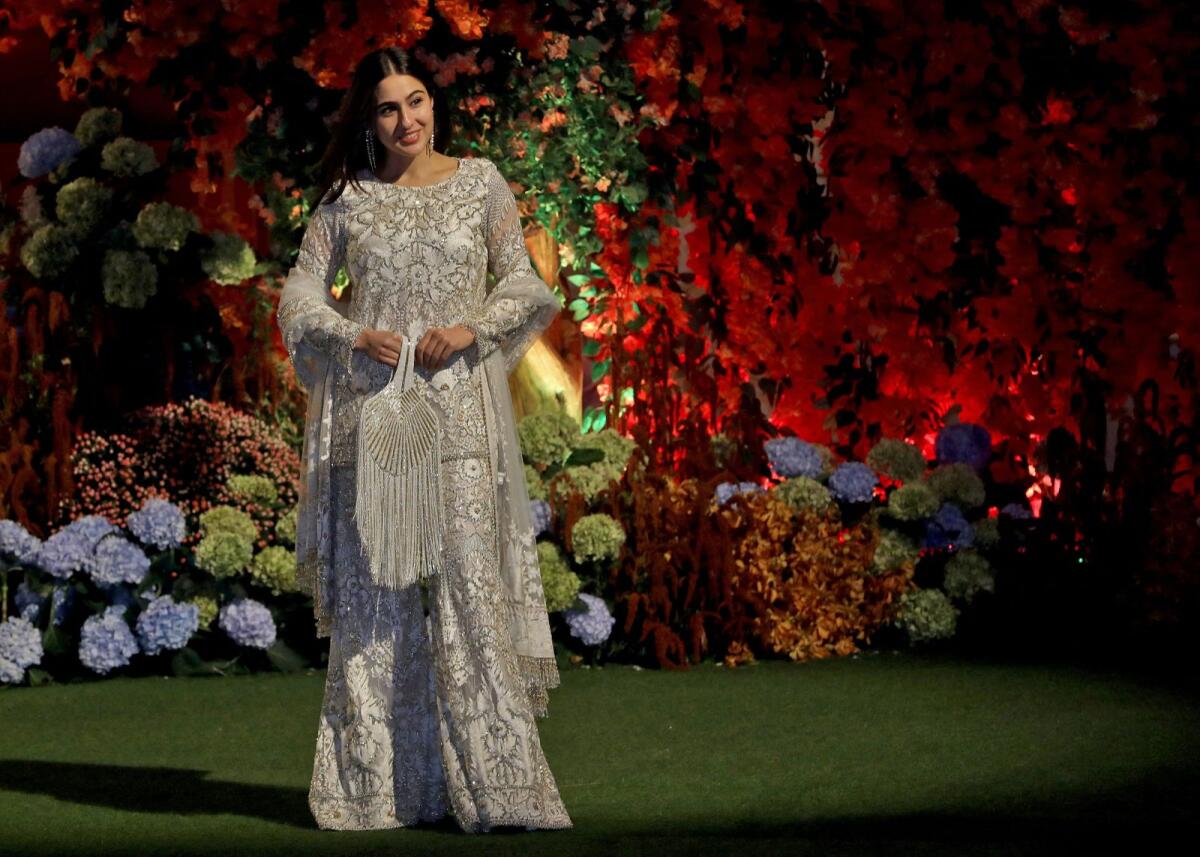 Atrangi Re actor Sara Ali Khan opted for an off-white gharara and was seen posing in front of the shutterbugs along with designer Manish Malhotra.

Actor Varun Dhawan looked stylish as he donned an all-black kurta pyjama with a matching shimmery cut sleeve jacket. The Bhediya actor arrived at the party along with his wife Natasha Dalal. She looked beautiful in a light pink lehenga. 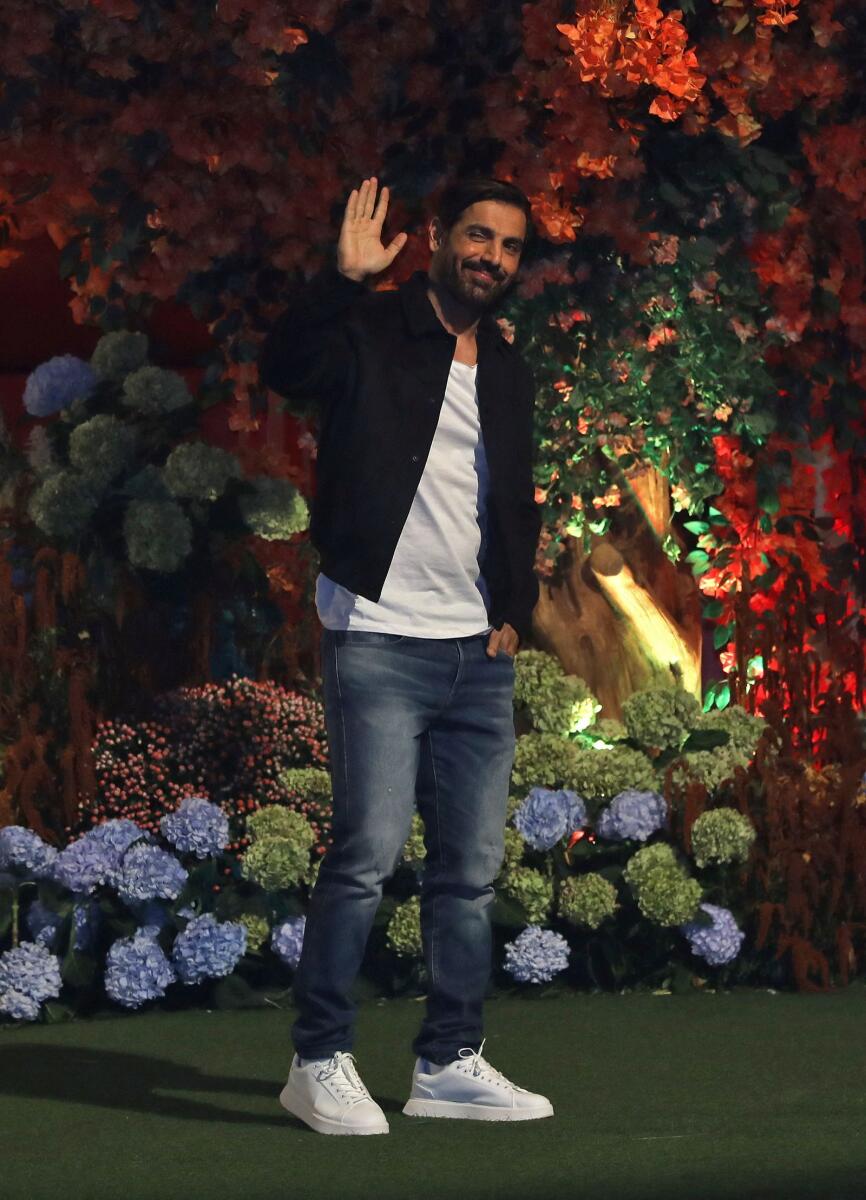 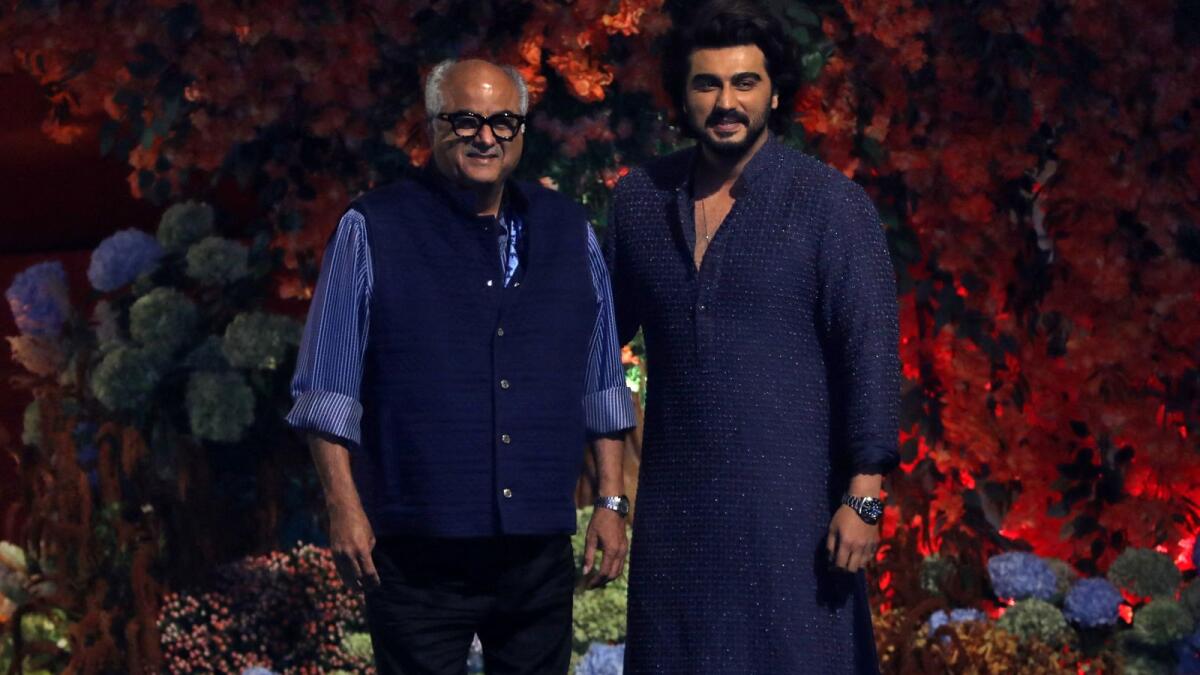