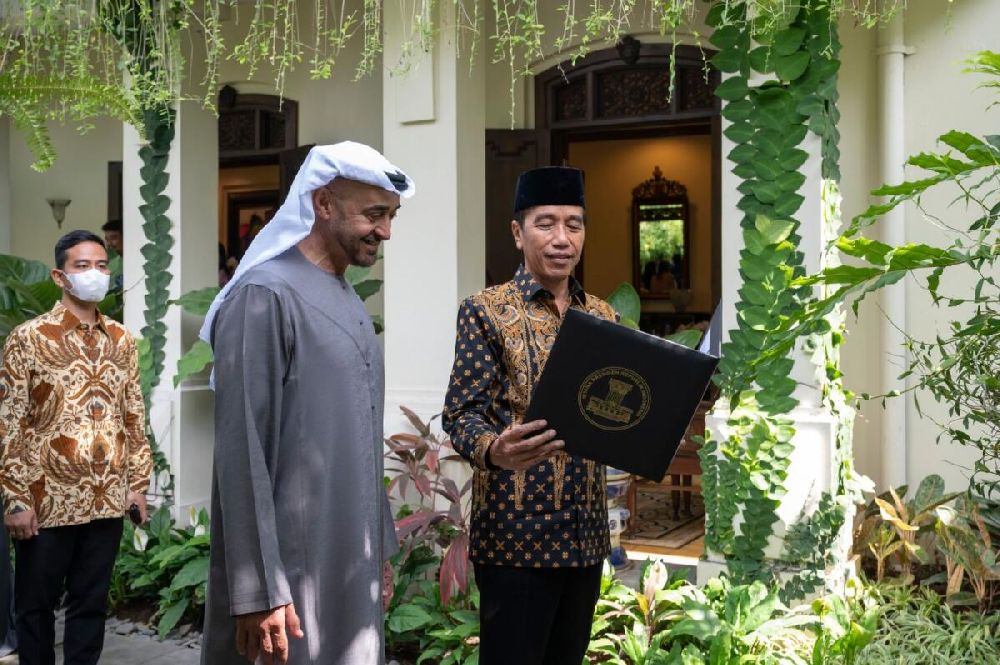 UAE President His Highness Sheikh Mohamed bin Zayed Al Nahyan and President Joko Widodo of Indonesia held talks aimed at further strengthening relations between the two countries. Their meeting came as part of the UAE President’s working visit to Indonesia to participate in the G20 Leaders’ Summit at the invitation of President Widodo.

During discussions at President Widodo’s residence in the city of Solo, the two leaders reaffirmed the depth of UAE-Indonesia ties, and their shared wish to cement them further while advancing the sustainable development of both countries.

Their meeting touched on the significance of the issues to be discussed at the G20 Summit — namely, the complex challenges impacting global and regional development, stability and security.