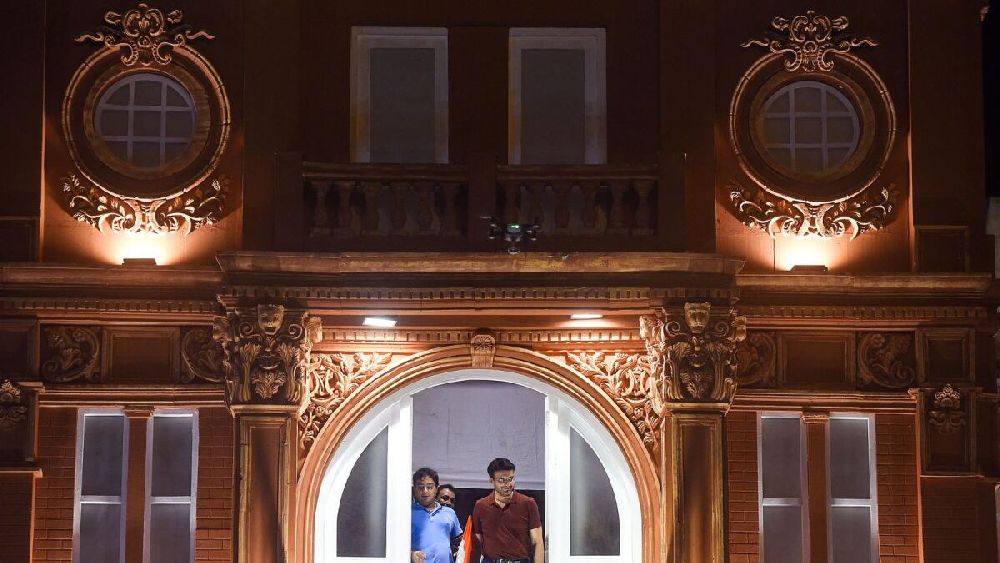 Former Indian cricket captain Sourav Ganguly relived one of his career-defining moments on top of the Lord’s balcony — but this time in India on a replica, and with his shirt on.

Ganguly, 50, is regarded as one of India’s all-time best skippers and the London ground was the scene of some of his greatest triumphs.

Lord’s was the site of the batsman’s first Test match in 1996, when he became just the third cricketer to strike a century on debut at the venue.

Six years later, India edged out England in a dramatic Natwest final that saw Ganguly take off his jersey and wave it triumphantly to the crowd.

Ganguly appeared in his hometown Kolkata Tuesday to unveil a replica of the Victorian-era pavilion’s balcony, this time brandishing an Indian flag instead of his top.

“That moment at the Lord’s balcony was a time that changed Indian cricket,” Satadru Dutta, a sports promoter who organised the project, said on Wednesday.

Ganguly was thrilled with the result, he added.

“He told me that it was magnificently done, but also said, ‘don’t tell me to wave the shirt.'”

Hundreds flocked to see Ganguly make an appearance on the replica balcony, which was built to mark Durga Puja celebrations in the city.

The festival, honouring the deity Durga, is a major milestone on the Hindu calendar and worshippers in Kolkata regularly erect replicas of famous buildings such as the Eiffel Tower and Taj Mahal, drawing huge crowds.

Ganguly ended his stellar playing career in 2008 after amassing 7,212 runs and has served as president of the Board of Control for Cricket India for the past three years.