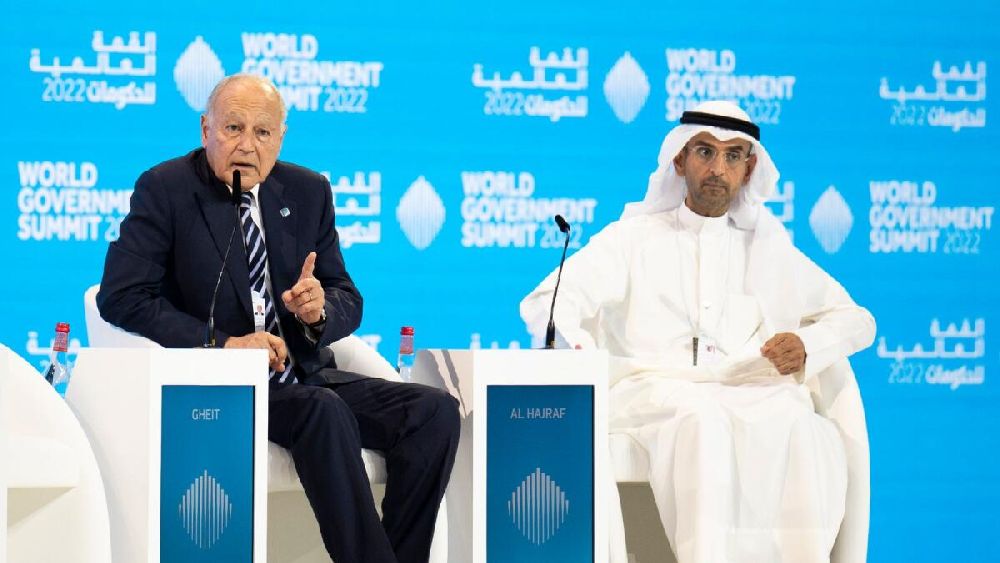 The Arab region must be prepared to deal with the deep repercussions of the Ukraine-Russia conflict, urged top Arab delegates.

Speaking at the World Government Summit, Dr Nayef Al Hajraf, Secretary-General of Gulf Cooperation Council (GCC), called on the region to be prepared to deal with all the possibilities resulting from the crisis in Europe.

Stressing that the crisis marks the beginning of new world order, Al Hajraf noted that the repercussions of the situation are yet to be witnessed in the region.

“What is more important than following the televised military moves and battles in Europe is understanding the repercussions of the crisis on all sectors of life around the world on the economic, strategic, military and information levels,” said Al Hajraf.

“We will feel these repercussions by the beginning of summer.”

He noted that the GCC cannot approach the new world order without attempting to ensure collective stability and finding plans to manage the repercussions.

“The world was setting for a better future after the pandemic, but now we are ahead of other calculations. The situation in Ukraine is now a starting point.”

Al Hajraf called the crisis “a conflict of power, not borders that will not end overnight.”

Ahmed Aboul Gheit, Secretary-General of League of Arab States, said Arab states must seek to calm the tensions in Ukrainian and Russian relations to avoid further pressures on the region.

He noted that the Ukraine-Russia crisis would have a sheer impact on the Middle East and the broader world.

“In the absence of stability, the Arab world can always be subject to severe pressures and many Arab cases can lose their way if the conflict continues,” said Aboul Gheit.

Besides rising oil prices, another critical challenge currently facing the Arab world is the surge in prices of food supplies amid the Russia-Ukraine crisis.

Aboul Gheit urged Arab governments to develop a system where they can negotiate on purchasing food collectively as a bloc “because Ukraine will temporarily exit the exporting market, while Russia is under pressure.”

“With these key players out of the market, we will have to rely on those who sell food at an expensive rate.”

On restoring Iran’s nuclear deal through talks in Vienna, Al Hajraf reiterated that the talks should not come at the expense of the stability and security of the GCC.

Aboul Gheit said the problem with the Iran nuclear deal lies in its temporary nature in limiting the power of Iran’s nuclear energy against the P5+1 for a number of years.

The solution, he noted, can be in mobilising immense and active pressure from the Arab world to establish a region clear of nuclear

weapons across the Middle East, facing nuclear threats from both Iran and Israel.

Aboul Gheit added that the deal could highly depend on the Russian stance as part of the P5+1 with veto power. “Russia has the power to hinder the deal in retaliation to the recent tensions with the US, which is chasing to seal the deal with Iran.”