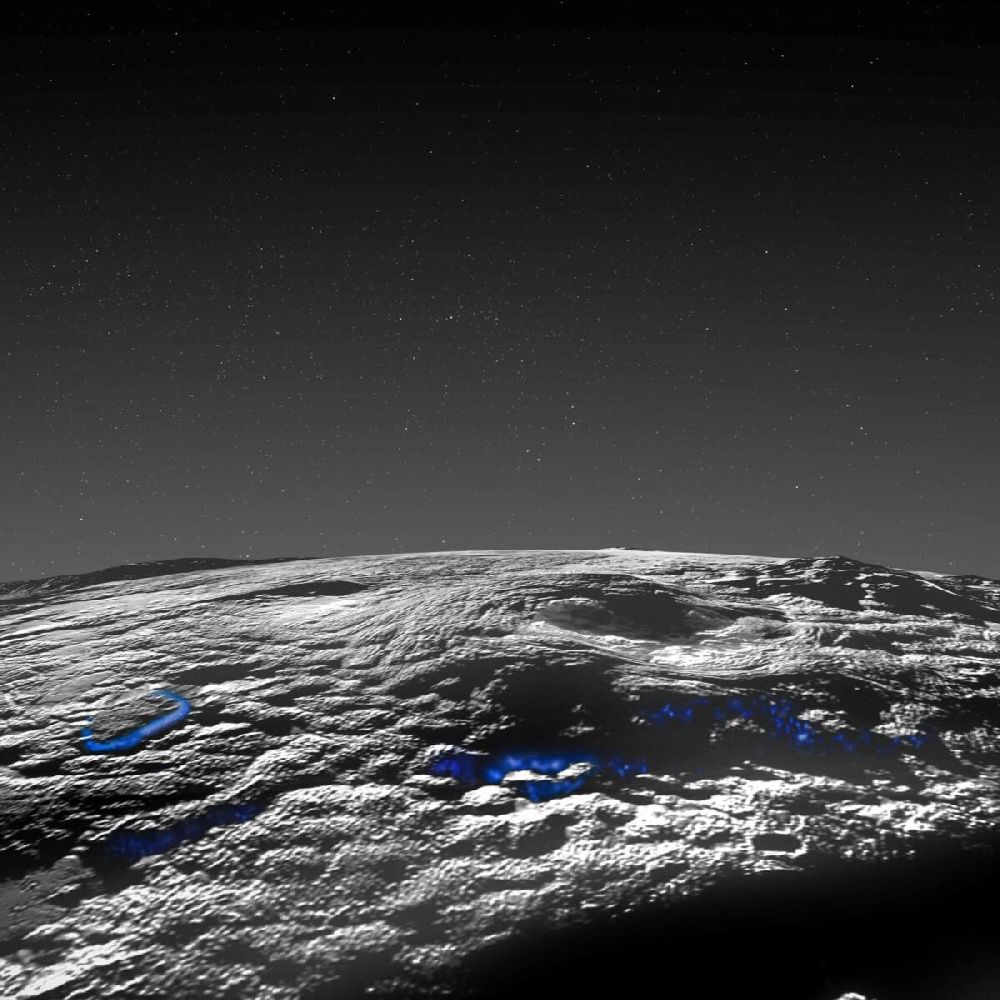 Strange lumpy terrain on Pluto unlike anything previously observed in the solar system indicates that giant ice volcanoes were active relatively recently on the dwarf planet, scientists said on Tuesday.

The observation, which was made by analysing images taken by NASA’s New Horizons spacecraft, suggests that Pluto’s interior was hotter much later than previously thought, according to a new study in the Nature Communications journal.

Rather than shooting lava into the air, ice volcanoes ooze a “thicker, slushy icy-water mix or even possibly a solid flow like glaciers”, said Kelsi Singer, study author and planetary scientist at Colorado’s Southwest Research Institute.

Ice volcanoes were already thought to be on several chilly moons in the solar system, but Pluto’s “look so different from anything else we ever have seen”, Singer told AFP.

“The features on Pluto are the only vast field of very large icy volcanoes and they have a unique texture of undulating terrain.”

Singer said it was difficult to pinpoint exactly when the ice volcanoes were formed “but we believe they could be as young as a few hundred million years or even younger”.

Unlike much of Pluto, the region does not have impact craters, which means “you cannot rule out that it is still in the process of forming even today”, she added.

“They suggest that a small body like Pluto, which should have lost much of its internal heat long ago, was able to hold onto enough energy to facilitate widespread geological activity rather late in its history,” she told AFP.

“These findings will cause us to re-evaluate the possibilities for the maintenance of liquid water on small, icy worlds that are far from the Sun.”

David Rothery, professor of planetary geosciences at The Open University, said “we don’t know what could provide the heat necessary to have caused these icy volcanoes to erupt”.

The study said that one of the structures, the Wright Mons, is about five kilometres (three miles) high and 150 kilometres (90 miles) wide, and has around the same volume as one of Earth’s biggest volcanoes — the Mauna Loa in Hawaii.

Rothery told AFP he had been to Mauna Loa and “experienced how vast it is”.

“This makes me realise how big Wright Mons is relative to Pluto, which is a much smaller world than our own.”

The analysed images were taken when the New Horizons — an unmanned nuclear-powered spacecraft about the size of a baby grand piano — became the first spaceship to pass by Pluto in 2015.

It gave the greatest insight yet into Pluto, which was long considered the farthest planet from the Sun before it was reclassified as a dwarf planet in 2006.

“I love the idea that we have so much left to learn about the solar system,” Singer said.

“Every time we go somewhere new, we find new things that we didn’t predict — like giant, recently-formed ice volcanoes on Pluto.”