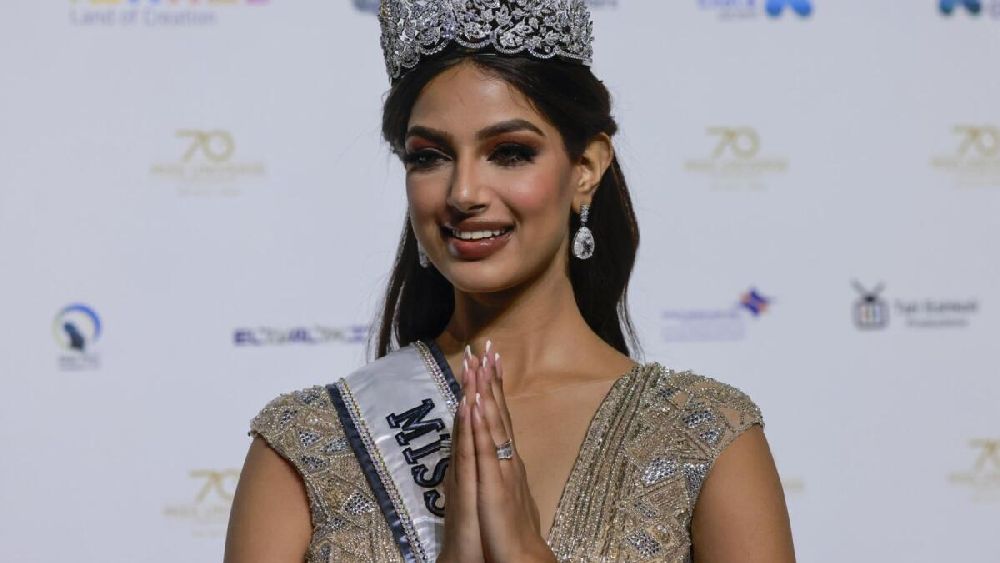 Miss Universe 2021 Harnaaz Sandhu has appealed to the society to stop targeting girls, including on the issue of hijab, saying “Let them live the way they choose to.” A three-judge Bench of the Karnataka High Court recently dismissed the petitions which sought permission to wear hijab in classrooms of educational institutions saying headscarf is not an essential religious practice and uniform dress rule should be followed in educational institutions where it has been prescribed.

In a clip that has gone viral on social media, a reporter asked Sandhu about her views on the issue around hijab. The video is part of an event held here on March 17 in the honour of the Miss Universe 2021’s homecoming.

Before she responded to the query, the organiser intervened and asked the reporter to abstain from asking any political questions and suggested the media to rather ask about her journey, success and how she has been a source of inspiration.

The Chandigarh-based model then expressed her anguish over how often girls are targeted in society.

“Honestly, why do you always target girls? Even now you are targeting me. Like, even on the issue of hijab the girls are being targeted. Let them (girls) live the way they choose to, let her reach her destination, let her fly, those are her wings, don’t cut them, if you must (cut someone’s wings) cut your own,” Sandhu said.

She further asked the reporter to ask her about her journey, the hurdles that she faced, and the success at the beauty pageant earlier this year.

The hijab is not an essential religious practice, the Karnataka High Court had said as it backed a ban on wearing hijab in classrooms.

The Supreme Court on Thursday refused to accord urgent hearing on the pleas challenging the Karnataka High Court verdict.