Globalism failed to deliver the economy we need 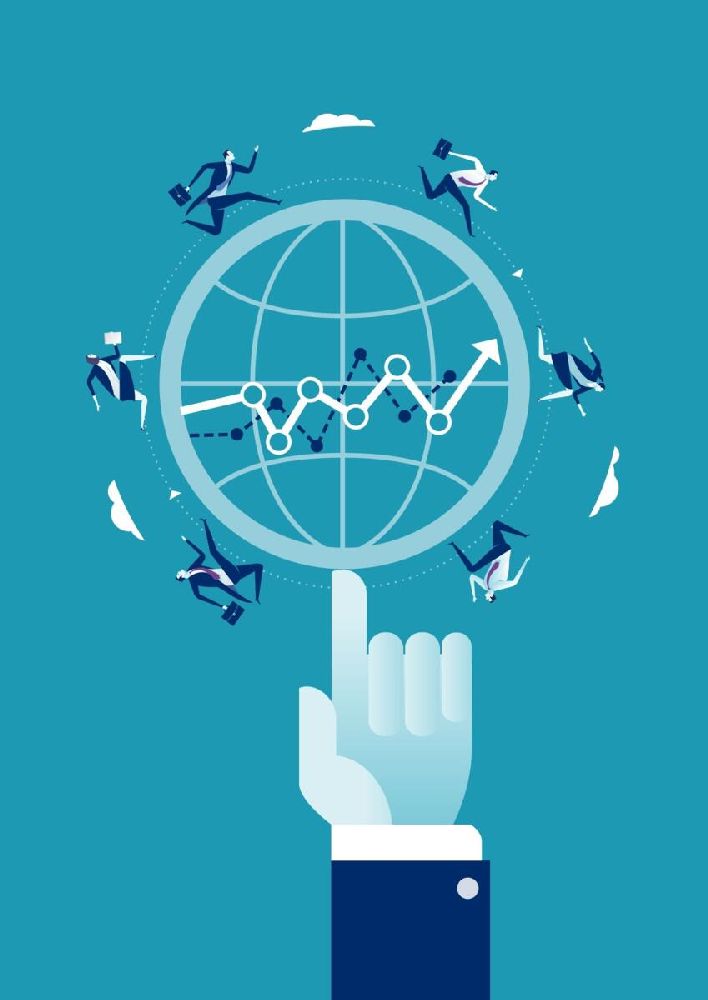 There is so much general confusion, if not outright dread, about the state of the global economy. The war in Ukraine, gyrating gas prices, skyrocketing mortgage rates, the continued fallout of the Covid-19 pandemic and the looming prospect of a recession — all of these factors seem to be coalescing into chaos.

The fear is real. But the chaos is transitory, as it is largely driven by the tumult that attends any transition from an old economic order to a new one. Every economy goes through cycles of expansion and contraction, but the most important indicator within these cycles has less to do with market prices or unemployment rates and more to do with underlying political philosophy.

For roughly half a century, our political economy has been based on the governing concept of neoliberalism — the idea that capital, goods and people should be able to cross borders in search of the most productive and profitable returns. Many people associate it with the trickle-down economics practiced by Ronald Reagan and Margaret Thatcher or even the business-friendly economic ideas espoused by Bill Clinton and Barack Obama around financial markets and trade. But the roots of the philosophy go back further.

The term “neoliberalism” was coined in 1938, at a Paris gathering of economists, sociologists, journalists and businessmen who were alarmed by what they viewed as the excessive state control of markets after the Great Depression. For them, the interests of the nation-state and of democracy could pose problems for economic and political stability. The voting public could not be trusted, and thus national interests (or, more particularly, nationalism) should be constrained by international laws and institutions so that markets and society could function properly.

Global institutions like the International Monetary Fund and the World Bank and later organizations like the World Trade Organisation — groups that were essentially about connecting global finance, trade and business across borders — were influenced by these neoliberal philosophies. They vigorously advocated the Washington Consensus, a series of economic principles derived from the tentpoles of market liberalization and unfettered globalization. These prescriptions generated more growth than ever before — the four years leading up to the 2008 financial crisis represent one of the strongest global growth periods of the last half century. But they also created substantial amounts of inequality within nations.

How? In part because money moves across borders much faster than either goods or people. The “cheap capital for cheap labor” bargain struck between the United States and Asia from the 1980s onward benefited multinational companies and the Chinese state far more than any other entities, academic research shows. The Reagan-Thatcher revolution unleashed global capital by deregulating the financial industry, but global trade was fully unleashed during the Clinton era, with deals like NAFTA and the eventual accession of China into the WTO, which tipped the balance of policy interests between domestic job creation and global market integration toward the latter. The idea was that cheaper consumer prices from imported goods would make up for flatter or even falling (in real terms, for many working people) wages.

But they didn’t. Even before the pandemic and the war in Ukraine, the prices of the things that make us middle class — from housing to education and health care — were rising far faster than wages. That’s still the case, even with recent wage inflation. The sense that the global economy has become too unmoored from national interests has helped fuel the political populism, nationalism and even fascism (in the form of Donald Trump and the MAGA movement) that we are grappling with today. It’s a bitter irony that the very philosophies that were meant to tamp down political extremism did just the opposite when taken too far.

The neoliberal philosophy is tapped out, not only in the United States but also abroad — witness the backlash to Prime Minister Liz Truss of Britain’s ill-fated experimentation with trickle-down tax cuts. Offshoring to multiple countries was supposed to make manufacturing more productive and business more efficient. But many of those supposed efficiencies collapsed with any sort of global stress, from pandemics to tsunamis, port backups and other unforeseen events. And complex supply chains resulted in any number of production disasters well before the global crises of the last few years — think about the Rana Plaza disaster in Bangladesh in 2013, in which a factory making clothes for various global brands (which had no idea about downstream risk in their supply chains) collapsed and killed over 1,100 people. Meanwhile, free trade itself, which was supposed to foster peace between nations, became a system to be gamed by mercantilist nations and state-run autocracies, resulting in deep political divides at home and abroad.

Fortunately, the pendulum of the political economy eventually swings back, and philosophies that have outlived their usefulness give way to new ones. Seismic shifts in the socioeconomic agenda are rare and transformative. We are going through such a shift now. The world is beginning to reset, not to the “normal” of conventional, neoliberal economic models but to a new normal. There is a rethink going on in policy circles, business and academia about what the right balance is between global and local. Trade policy is shifting to better consider labor and environmental standards, with an understanding that cheap isn’t always cheap if products are degrading the environment or being made with a child’s tiny hands. There’s also a rethink of trade in digital services to account for privacy and liberal values. (Do we really want our personal data handed over to big tech or big surveillance states?) Supply chains are shortening, not only because of geopolitics but also because of new technologies (such as decentralised farming and 3-D printing) that are making it possible to hub production and consumption closer to home.

So what now? How can we make sure that economic globalization doesn’t again run too far ahead of national politics? And how can we fix things in a way that doesn’t result in 1930s-style protectionism, or a false fit of nostalgia for a bygone era?

We don’t yet have a new unified field theory for the post-neoliberal world. But that doesn’t mean we shouldn’t continue to question the old philosophy. One of the most persistent neoliberal myths was that the world was flat and national interests would play second fiddle to global markets. The last several years have laid waste to that idea. It’s up to those who care about liberal democracy to craft a new system that better balances local and global interests.

(Rana Foroohar is a columnist and associate editor at The Financial Times and the author of “Homecoming: The Path to Prosperity in a Post-Global World.”)