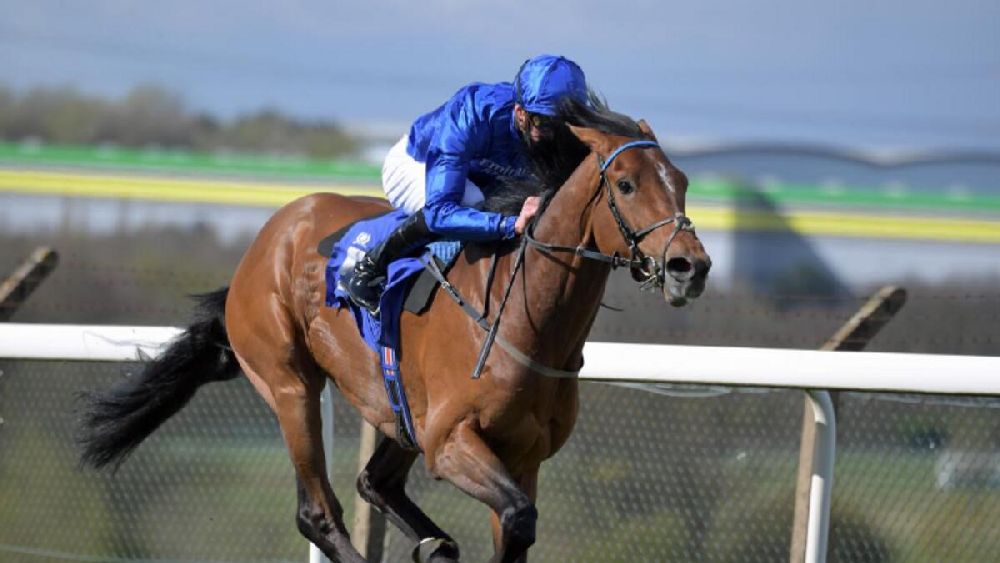 Trained by the father and son combination of John and Thady Gosden, Trawlerman raced prominently for most of the 2,800-metre trip before being pushed to the front by his British-born rider to stay on well for a length victory over Euchen Glen and Neil Callan.

It was the sixth success for Team Godolphin at the five-day annual festival and also ensured that Benoit de la Sayette extended his lead in the race to be a champion apprentice in the UK.

“He showed us his true ability as he was settled and relaxed,” the rider told Racing TV. ‘Good horses take us to the line, and he’s one of them.

“The race panned out perfectly. We broke smartly and really showed his true ability today.”

Thady Gosden added: “We’ve been trying to get this horse settled as he’s been over-generous in his races. We put a hood on him and he didn’t do as much.

“He has plenty of talent and is a genuine horse who gives you everything when you ask for it.. We will see where we go from here.

“Benoit is riding very well and has ridden another good race.”

Urban Artist and her jockey Jason Hart built up what appeared by an unassailable lead when racing 15 lengths ahead of the field but her stride started to shorten entering the final two furlongs and was passed by Sea La Rosa crossing the line.

Winning rider Tom Marquand commented: “It was a tough one because we know Urban Artist stays very well and yet you never know quite how much a horse in front has left.

“This filly gives you great confidence on the way round because she travels so strongly and you know she is going to grit it out. It was just a case of trying to pick her up at the right time.

“It’s a hard one, but watching the Tour de France in the past week has probably helped me with that – except we didn’t have a lead-out man.

Jason Hart said of Urban Artist: “Hughie [Morrison] left it to me. He said she stays very well, so make it a test. She has done it within herself. I thought coming inside the last furlong that I was going to hang on and she kept galloping to the line. “