Going beyond classrooms with Camps International in Kenya 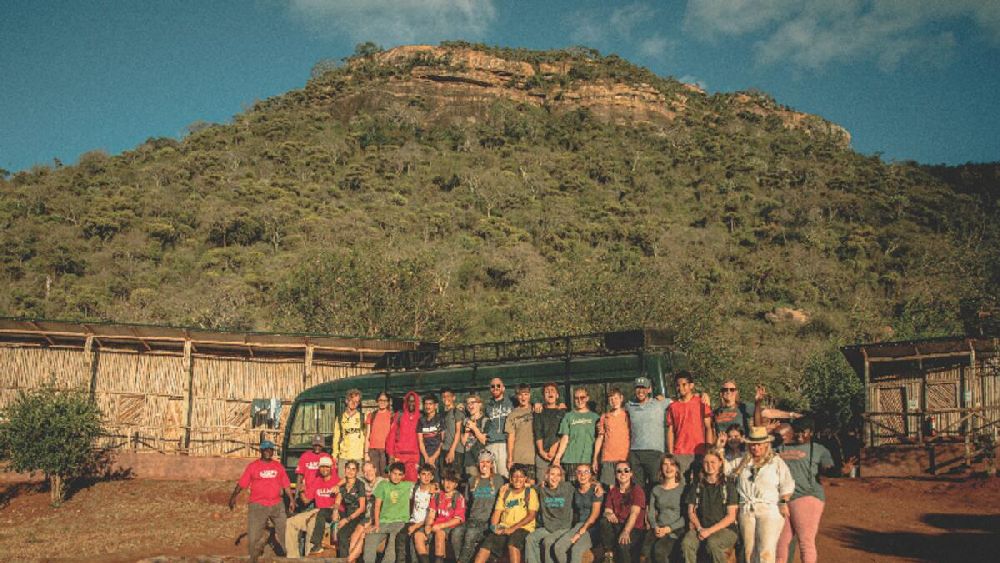 “Tumaini” in Kiswahili — one of the 10 most widely spoken languages in the world and the medium of communication of over 200 million people in eastern Africa and beyond — means hope. And Mercy Joshua, or “Mama Mercy”, as she is affectionately known, is the beacon of hope in Ityni’s impoverished hamlets that border the arid Tsavo East National Park and perched on the slopes of the Marungu hills near the town of Voi in the Taita-Taveta county of southwestern Kenya’s former Coast Province between capital Nairobi and the port city of Mombasa.

The Tumaini Women’s Group, a community-based organisation, was established in 2002 to empower local women who suffer from gender-based poverty, violence, illiteracy and health issues. With virtually no formal employment opportunities, poor climatic conditions for agriculture and lack of access to loans, the group offers support to those women who are eager to improve their finances through alternative income generation activities, such as arts, crafts and eco-tourism.

Mama has set up more than 25 Tumaini ladies’ groups that provide a support network for hundreds of women in the area surrounding Tsavo East National Park.

She started teaching the ladies to read and write and basic accounting to budget their household expenses. She encouraged them to use their skills to create items such as beaded jewellery, baskets, clothes, wooden animal carvings, and elephant dung paper that could be sold to earn them money and provide for their families.

Her relentless campaigning stopped underage marriage — below 18 years — in the local community altogether.

Mama’s inspiring stories have travelled far and wide across the globe, thanks to Camps International, which was founded in 2002 by British national Stuart Rees Jones (see box), offering volunteer school expeditions to Diani in coastal Kenya, where pupil travellers can participate in projects related to local schools. In 2003, Stuart and Simon Englefield set up Camp Kenya Limited, as a branch of Camps International, to help manage the projects based in Diani.

“We offer ongoing support to the women’s groups of the Marungu area in Kenya, so they can develop new skills, generate an income and elevate their status in the community. In 2019, over 500 sheets of elephant dung paper and 600 bracelets were made. Volunteers also assisted the Tumaini Women in harvesting 10 sacks of cow peas and maize. The women’s group benefited from $900 (Dh3,305), which was paid as allowance from their traditional dance entertainment and over $1,000 (Dh3,673) was generated from the sale of elephant dung paper, art, bracelets and clothing,” says Simon.

Camps has amplified Mama’s story to pupils across the world by creating a community of teachers and its in-house local project experts to conceive a bespoke curriculum called Real World Studies (for Grade VII and VIII pupils) that uses Design Thinking methodology and links to the United Nations’ Sustainable Development Goals to help pupils — from the age group of 12 years upwards — become responsible travellers and work towards creating a “better, sustainable and harmonious world that they want to live in”.

Thousands of kilometres away from the picturesque Camp Tsavo — one of the three Camp Kenya locations, including Diani and Muhaka on the coast — Jaemie Rossiter, a physical education and athletics director at Canadian International School , Khalifa City A, Abu Dhabi, has been teaching the Real World Studies course for the past three years.

“So, when a group of 23 pupils (from Grade VII to X) from CIS came to Camp Kenya for a week’s service-led expedition, they were not only aware who Mama is but her work in the region through the years. She has had a deep impact on the children even before they had met her in person,” says an effervescent Rossiter, who handled a bunch of wide-eyed teenagers exposed to the wilds of eastern Africa with admirable ease during the week-long expedition.

“This was an awesome experience. It allowed the pupils to understand the projects that are in progress in Kenya. These are inextricably linked to UN SDGs such as poverty eradication, gender equality, and economic growth. Personally, there were several high points for me such as pupils’ interaction with the children from local schools. Their meeting with Mama (Mercy) who they have studied and known about for a year before even coming here and dancing with the Maasais during the safari at the Tsavo East National Park and making connections with such a different culture. Most importantly, they have had the best time of their lives.”

The CIS pupils were immersed in an ongoing Camp Tsavo project work for Kale Primary School at Itinyi. The priorities of the work are decided by the stakeholders of the school and focused on making bricks for future infrastructure, building a bookcase to give storage for books and preserve the longevity of the books, painting classrooms to make it a better environment to learn in. “Camps International have also helped build ramps to classrooms for better accessibility, which will be extremely useful as the Kenyan government wants pupils of determination to access public schools in the future. Camps International are actively working with three schools in the area such as Kale, Marungu and Itinyi,” Simon says.

The CIS pupils interviewed Elvis, an alumnus of Kale, who now teaches mathematics and a direct beneficiary of Camps International’s work in the area.

Rami Farhat, a Grade IX pupil of CIS and the live wire of the expedition group, was touched by the “out-of-Africa experience”. “I had a whale of a time, thanks to my teachers, who were a constant support. I was enchanted by the breathtaking views and the warm and hospitable people of Kenya.” The young Canadian national of Lebanese descent also said he enjoyed his “mobile detox”.

Briton Daisy Clatworthy, also from Grade IX, loved the trip. “The place is awesome because I met the friendliest people ever and also the most beautiful landscape. I loved helping out everywhere and getting hands on the funniest projects ever. Not only was it fun but it also had a long-lasting impact on the communities.

“All the staff at Camp Tsavo were incredible. I enjoyed the safari and the hike. It was amazing to see the incredible landscape and wildlife of beautiful Kenya.”

“I first began leading school expeditions for Camps International UK in 2016, my first expedition was to Tanzania over a four-week period during the school holidays. Since then, I have gone on to lead multiple expeditions with schools from the UAE to Kenya, Borneo, Tanzania and Cambodia,” he says.

Chris, a British national, who traded a lucrative job to work with Camps International, is all praise for “the social enterprise”. “I understand its deep impact on the local communities and the effects it has had on pupils resonate with me. The past two years have been difficult for pupils, and immersive travel. Our purpose is to find a perfect way to remedy this and instill positive characteristics that develop their social skills.”