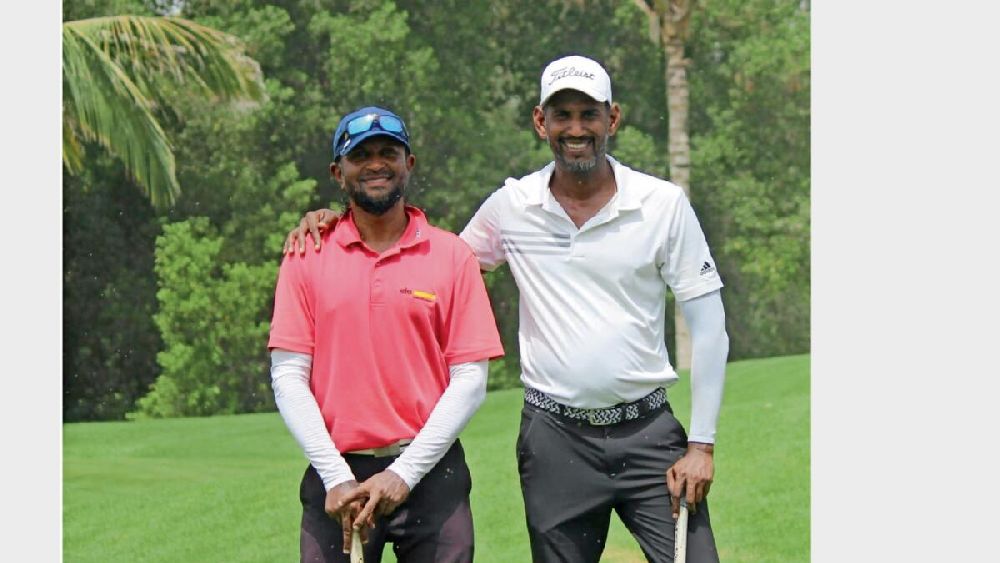 The BMW Pairs Open Social was held on Saturday. Competitors faced a format of better ball on the front nine and shambles on the back nine.

With a score of 64, SGSC members’ pair of Rajesh Chitti and Aadil Khan claimed the title.

Aadil and Rajesh played fine golf even during the July heat.

Other winners on the day were vice captain Ravi AE and Amiya Ranjan who had a great front nine score of thirty-one, unfortunately for them they could not keep this form up for the back nine.

Back nine winners were Scratch League player Ramli Sulaiman and David Murphy who posted an excellent score of thirty-two.