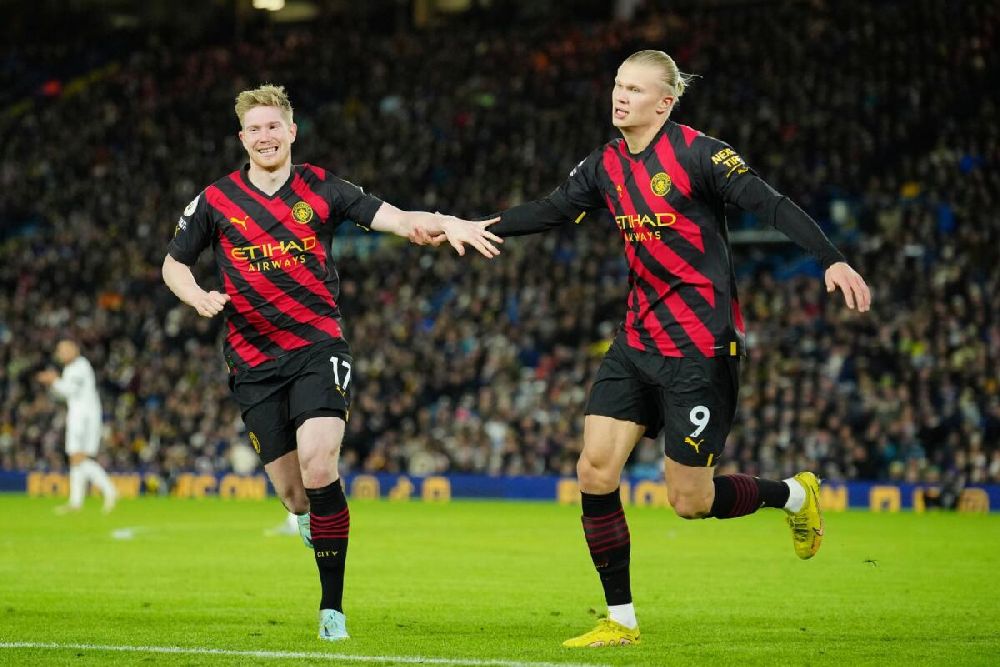 Manchester City coach Pep Guardiola believes Erling Haaland is not at his best and can get even better despite the Norwegian becoming the fastest player to reach 20 goals in Premier League history during his side’s 3-1 win at Leeds United.

Haaland continued his incredible goalscoring form with two second-half strikes at Elland Road on Wednesday to reach 20 goals from just 14 appearances — seven games faster than the next quickest player to reach such a goal tally.

The Norway international has scored 26 times in 20 appearances under Guardiola in all competitions — the quickest that any player has reached 25 goals under the City boss with top-flight clubs.

“He missed chances, hopefully he can do better,” Guardiola said. “But the numbers are exceptional, he is an incredible threat for us and always in the right position at the right time.

“I have the feeling he is not at his best. It is a matter of time. Of course we are delighted but that little pace he had at the beginning of the season, now he maybe struggles a little bit, but it’s a question of time.

“I am still more than satisfied but I had the feeling in the first part of the season he was sharper.”

Haaland had plenty of time to ponder his next move as Norway did not take part in the World Cup in Qatar, a time period that the 22-year-old insisted helped intensify his hunger for more.

“I’ve been at home, a bit mad that I’ve not been at the World Cup,” he told Amazon. “I recharged my batteries.

“Watching other people score to win games at the World Cup triggered, motivated and irritated me. I’m more hungry and more ready than ever.”

Haaland’s efforts at Elland Road would have been particularly sweet given he was born in Leeds – his father Alfie played for the Yorkshire club – and he used to be coached by Leeds manager Jesse Marsch at RB Salzburg.

Despite seeing his former striker leave Leeds just two points clear of the Premier League relegation zone, Marsch had only good words to say about Haaland on another record-breaking night.

“I am just really happy for him,” Marsch said. “In some ways watching him score is painful, I want him in a different kit.

“But when you know some of these young men, and you see their qualities as people, you want them to do their best, just not against your team.

“But my gosh I am happy for him, he is such a great person.”