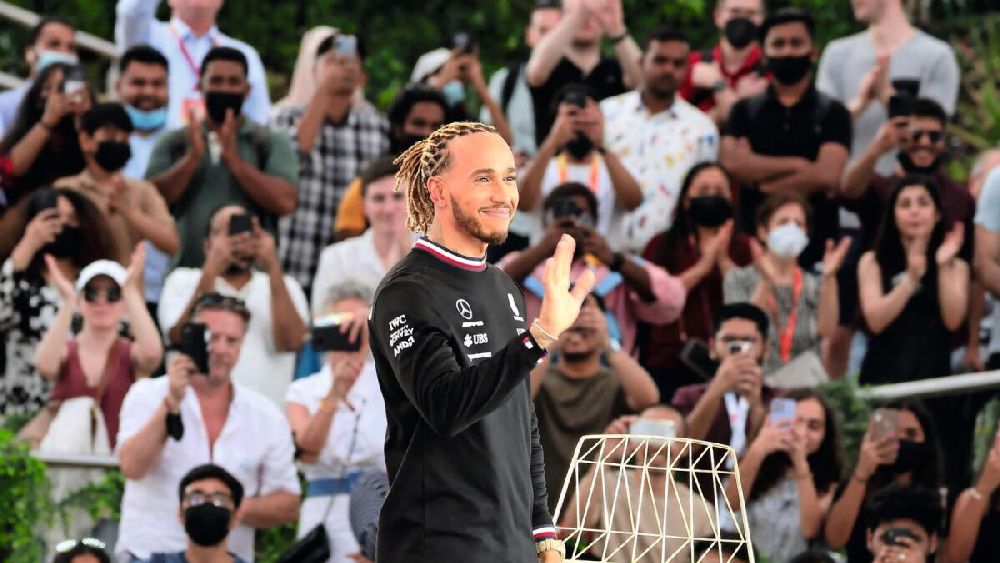 Seven-time world champion Lewis Hamilton wants to see Formula One make a career change, embrace diversity, and to give way to the youth.

The most successful driver in F1 history, with a record-equalling 103 victories, Hamilton was a guest at Expo 2020 Dubai, where he entertained a cross-section of fans of different races and ethnicity at the Al Wasl Dome.

The Briton recalled the Hamilton Commission which he created in June 2020, intending to get more ethnic minorities involved in motorsport and the sciences.

“We launched the Hamilton commission to find out what were the barriers for people trying to get into this sport,” he told moderator Chris McHardy during the on-stage interview.

“For me, all these years, I was having this success but not really understanding why I was the only person of colour to get through to the front row and to be able to stay at the forefront of it all. Surely, there’s a greater reason for it.

“But Formula One is not diverse, it does not look like this place (Expo 2020). But it has to look like this in the future because a more diverse workforce is better for success moving forward,” he added.

“I’m leaning on all leaders in our sport to do what’s right, to invest in youth and to push down those barriers and create better pipelines for the youth. So, hopefully, in the next five maybe 10 years, you’re going to see the sport looking a lot like this place.”

The 37-year-old also said that he has no plans to retire and reiterated that he still has the hunger.

“What I do know is that I still love what I do, I’m so challenged,” he said. “I didn’t think that at this age I will be so sharp, so energised and still putting in the time and a lot more than the youngsters.”

Referring to the chance of winning a record eighth F1 title, Hamilton said: “It’s impossible to know what the future holds and will feel like, but doing something that no one else has done would be mind-blowing. It would mean the world to my family.”

The likeable Britain also made a startling announcement when he said that he plans to change his name to honour his mother, Carmen Larbalestier.

“My mum’s name is Larbalestier and I’m just about to put that in my name because I don’t really fully understand the whole idea when people get married then the woman loses her name,” the Mercedes driver said.

Hamilton is currently preparing for the launch of the F1 season at the coming weekend’s season-opening Bahrain Grand Prix.

“I’ve come back to fight for that eighth (title), that’s what I’m here for,” he said.