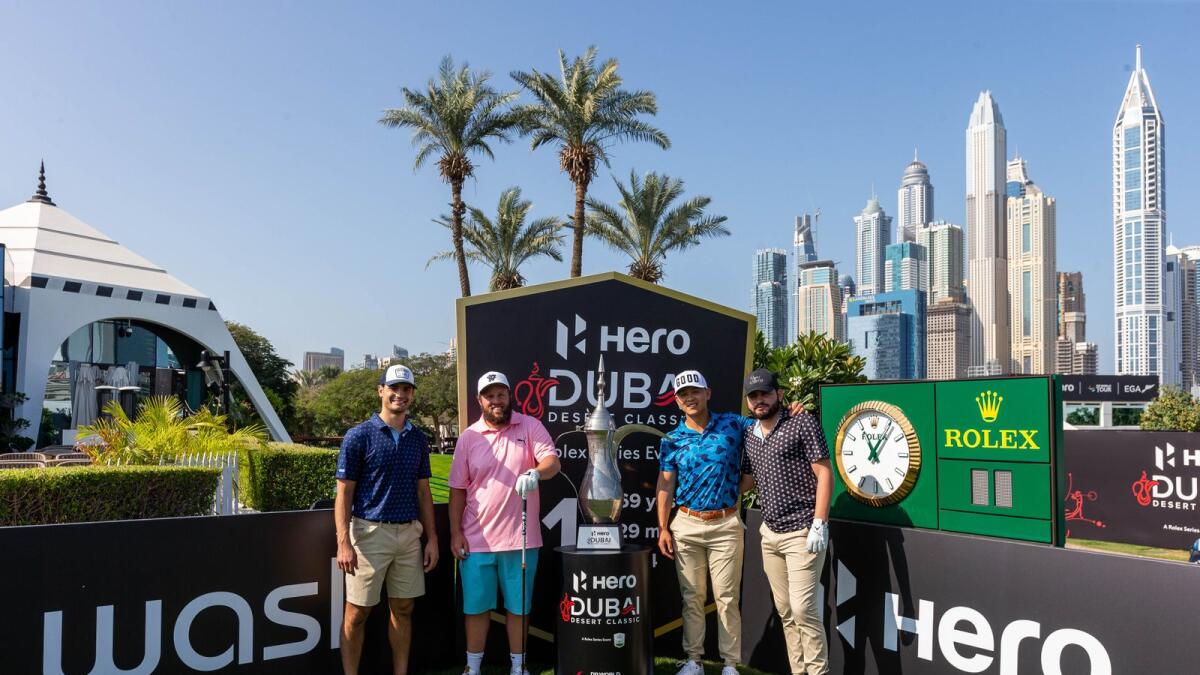 England’s Andrew Johnston has waited seven years for a second victory on the European Tour and it came on Tuesday when he teamed up with a bunch of content creators to win the Pro-Am Hero Dubai Desert Classic.

Popularly known as ‘Beefy’, a nickname that he happily uses in his pro career, Johnston and the Good Good Guys pooled their golfing resources to shoot a winning -36 over nine holes.

Representing Falcon 3 Team, the 33-year-old Johnston was partnered by Stephen Castaneda, Luke Kwon, and Matt Scharff, who are part of the Good Good Guys, one of the popular international content creators.

Commenting on the win, his first since the Open de Espana (Spanish Open) in 2016, Johnston said: “I’m happy to be back out on the golf course. I feel my game is at a pretty decent place and I had a blast today.

“I went to tee and my group hadn’t turned up yet so I had to wait a little bit but it has been a blast and I had so much fun.

“It was really good preparation for the week ahead.”

Of partial Jamaican descent, Johnston turned pro in 2009 and has posted five professional wins in his career.