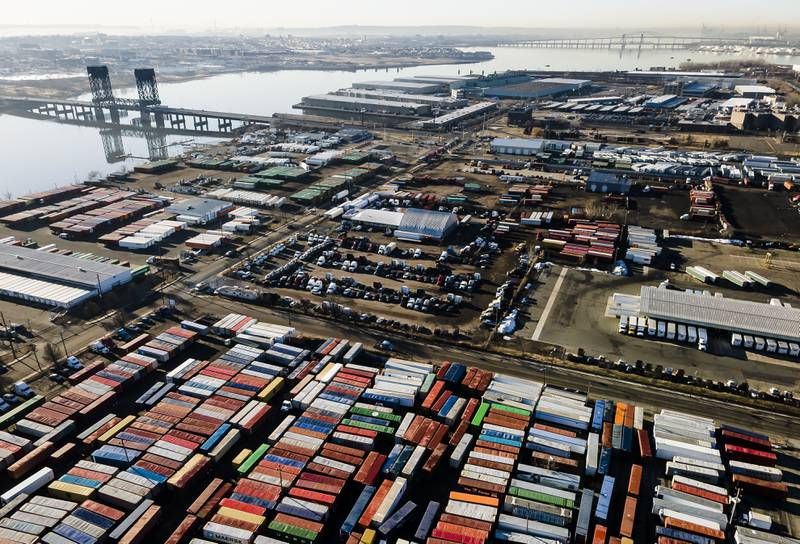 Shipping containers in South Kearny, New Jersey, US. Many industries are continuing to face supply chain issues, which contribute to the rising inflation in the US economy. EPA

The coronavirus pandemic’s disruption of global supply chains over the past two years led to shipment delays and soaring shipping costs that have contributed to rising inflation exacerbated by stimulus programmes, the International Monetary Fund has said.

The challenges of the pandemic led to the cost of shipping a container on the world’s transoceanic trade routes increase seven-fold in the 18 months after March 2020, while the cost of shipping bulk commodities rose more, the Washington-based lender said in a paper published on Monday.

The inflationary impact of the higher costs is set to rise throughout this year and the Ukraine conflict will fuel inflation further globally, it said.

The IMF’s findings are based on studies of the impact of shocks to shipping costs — measured by the Baltic Dry Index (BDI) — on domestic prices from 143 countries between 1992 and 2021. The index was created by the London-based Baltic Exchange and measures the average price paid to transport dry bulk materials across more than 20 shipping routes.

“Spikes in the BDI are followed by sizeable and statistically significant increases in import prices, the producer price index, headline, and core inflation, as well as inflation expectations. The impact is similar in magnitude but more persistent than for shocks to global oil and food prices,” the IMF said.

More than 80 per cent of the world’s traded goods are shipped by sea in 40-foot steel containers and the “shock of the pandemic underscored just how crucial the maritime container trade is to the global economy”, it said. 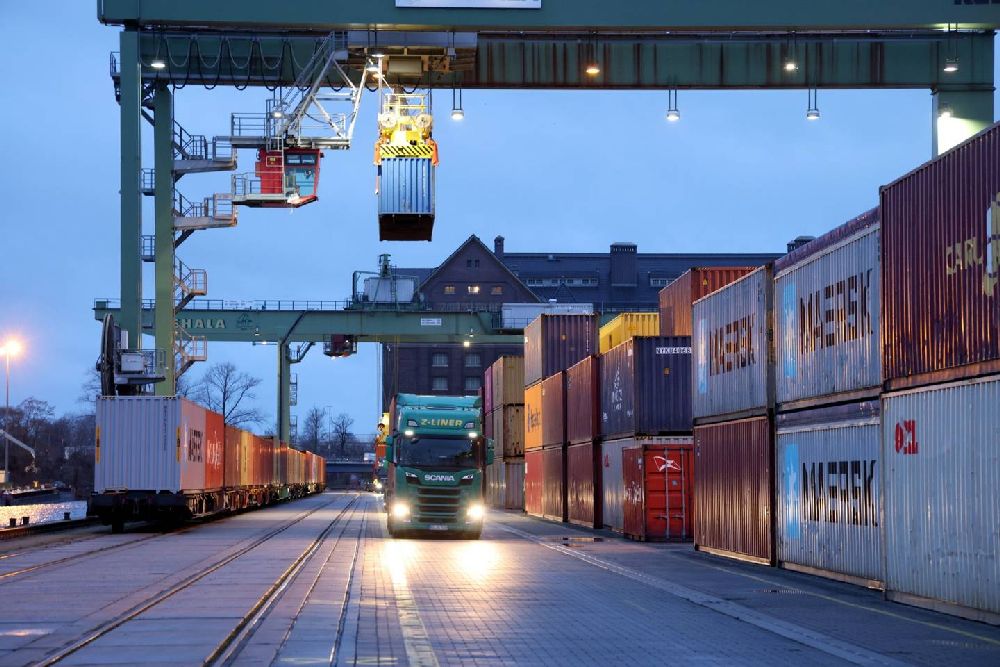 A gantry crane maneuvers a shipping container next to haulage trucks and a freight train at the Behala inland port in Berlin, Germany. Bloomberg

“Pent-up demand from huge stimulus programmes during extended lockdowns overwhelmed the capacity of supply chains. Besides causing delays in getting goods to customers, the cost of getting them there surged,” the IMF said.

Higher shipping costs affected the prices of imported goods within two months, with the knock-on effect felt in producer prices quickly. The impact on consumer prices is slower than the effects of a surge in oil prices that is felt with a couple of months and peaks after 12 months.

The fund’s analysis shows that the inflationary impact of shipping costs will continue to build through to the end of 2022, hitting countries that are net importers.

Inflation in urban parts of Egypt, the Arab world’s third largest economy and most populous country, rose by 8.8 per cent in February to the highest level since mid-2019, prompting the central bank to increase interest rates by 100 basis points and the currency depreciating 15 per cent.

Inflation in Lebanon soared by an annual 215 per cent in February as the country’s economic meltdown worsens and talks with the IMF for a bailout continue.

The global acceleration of inflation “will create complicated trade-offs for many central bankers facing increasing inflation and still ample slack in economic activity”, the IMF said.

Both the US Federal Reserve and the Bank of England raised rates this month and signalled that more increases are to come as they look to tackle inflation.

“The war in Ukraine is likely to cause further disruptions to supply chains, which could keep global shipping costs — and their inflationary effects — higher for longer,” the IMF said.