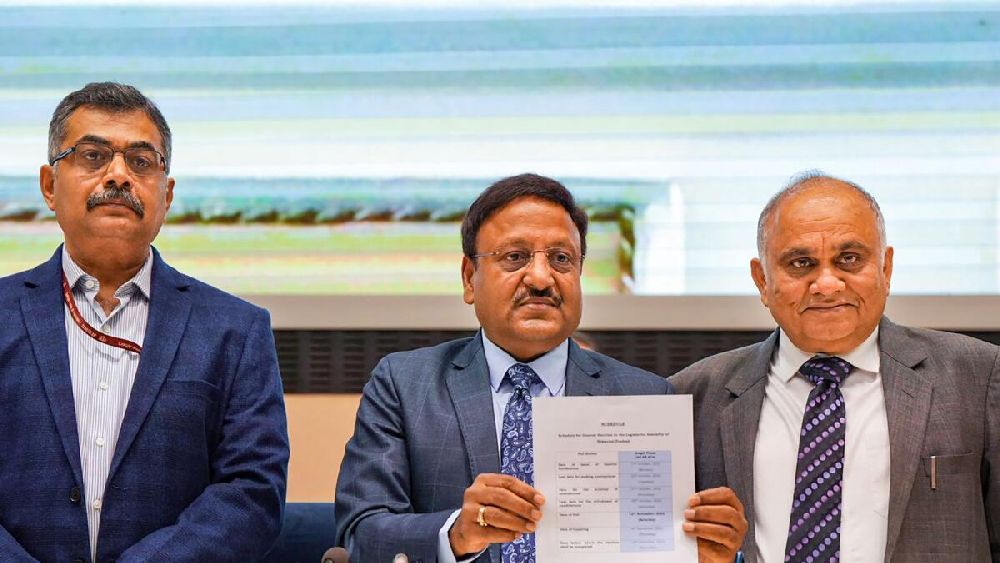 Elections to the Himachal Pradesh assembly will be held on November 12, the Election Commission announced on Friday.

The counting of votes will be on December 8, Chief Election Commissioner Rajiv Kumar told a press conference here.

The Commission did not announce the elections for the Gujarat assembly, the term of which ends on February 18, 2023.

Over 5.5 million voters are eligible to exercise their franchise for 68 assembly seats in Himachal Pradesh, Kumar said.

The CEC said the Commission was following past precedence in keeping the announcing in abeyance the schedule for Gujarat assembly.

Himachal Pradesh has a 68-member assembly and the BJP had won a clear majority by winning 44 seats in the 2017 elections. The Congress managed to win 21 seats, Independents bagged two seats and the CPM emerged victorious on one seat.